Betty Season 2: All The Details You Need to Know 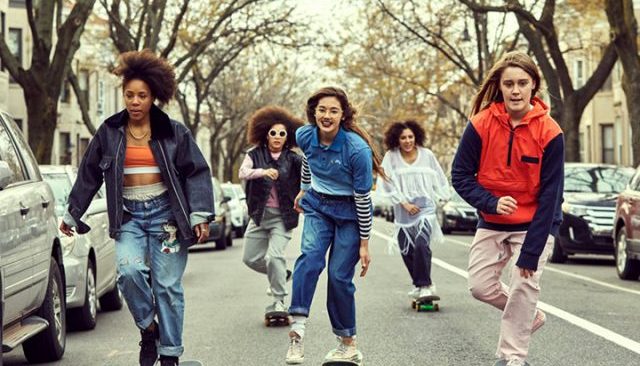 ‘Betty’ is a skateboarding teen-drama that takes inspiration from Crystal Moselle’s critically-acclaimed Sundance hit ‘Skate Kitchen’, which was released in 2018. The story unfolds in the vibrant locales of New York City and revolves around a bunch of young women navigating the male-dominated skateboarding world. When the show premiered on HBO, it was loved by youngsters, especially those who are into skateboarding. But it appealed to other viewers as well, who lauded it for its empowering theme and the rugged narrative. And now that season 1 has wrapped up, here’s what we know about ‘Betty’ Season 2.

‘Betty’ re-lives the vibes of its critically acclaimed predecessor, ‘Skate Kitchen’. However, it does boast improvised dialogues and intimate camera angles. The story is structured and all of its scenes burst with energy. Of course, considering the theme, it is more geared toward youngsters, who are better acquainted with the ‘cool’, skateboard-centric lingo. Coupled with a provocative ‘girls against the boys’ theme, it also appeals to outsiders.

Again, in terms of viewerships, the numbers were ‘okay-ish’, if you consider that we have only received the show’s inaugural installment. But the reviews were stellar, with critics praising the series for its accurate portrayal of the skateboarding subculture, stellar performances, and vibrant NYC backdrops. That being said, we are hopeful that HBO will give ‘Betty’ another shot — allowing it to grow in terms of numbers, character arcs, and storylines. If that happens, we can expect ‘Betty’ season 2 to premiere sometime in May 2021.

Betty Season 2 Cast: Who Can be in it?

‘Betty’ sees the return of all the five women who had starred as the protagonists in ‘Skate Kitchen’. Amazingly, they are also real-life skateboarders. We have Rachelle Vinberg as Camille, a young skater who will do anything to be considered at par with the guys. Over the years, Camille has worked hard to reach the small space she has carved out with them. Vinberg is joined by Nina Moran as Kirt, Kabrina Adams aka Moonbear as Honeybear, Dede Lovelace as Janay, and Ajani Russell as Indigo. In season 2, it is expected that all the above stars will make their respective comebacks.

Betty Season 2 Plot: What Can it be About?

The Skate Kitchen is a real-life skating sisterhood group that has inspired many young women to pick up their boards. In 2016, documentarian Crystal Moselle took note of two of its members — Nina Moran and Rachelle Vinberg. He was impressed by their personalities and decided to cast them in the hit Sundance drama, ‘Skate Kitchen’.

‘Betty’ picks up the story from here and tweaks it further to expand the storylines and character arcs. It follows the girls as they navigate the tumultuous world of skateboarding, mostly dominated by men. Along the way, these young women also tackle personal issues while weaving through traffic, parks, and bridges on their skateboards. Season 2 will continue to build on the same premise while following this bunch of freewheeling teens as they explore the world (and skate) on their own terms.