Beyond Good & Evil 2: Everything We Know 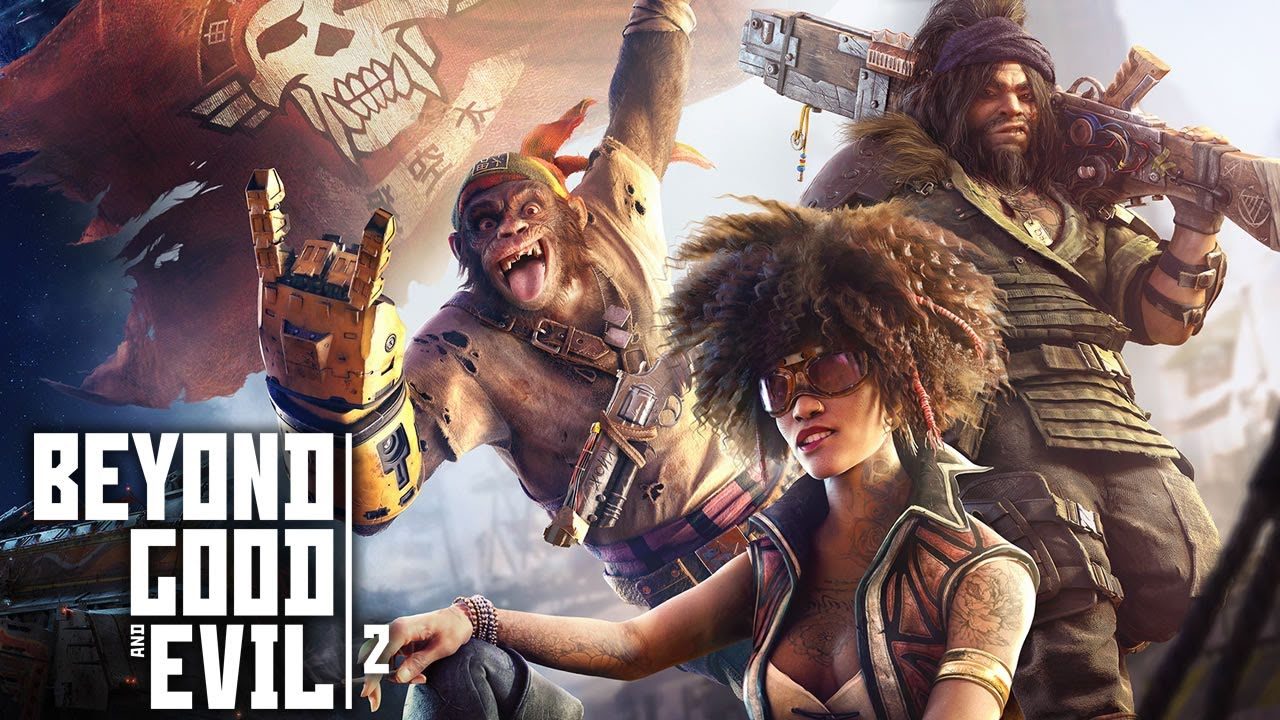 ‘Beyond Good & Evil’ first released over 15 years ago and is one of those games where fans were left asking the question, “What could have been?”. While not a roaring commercial success, the game gained an ardent cult following due to its unique world, endearing characters and engrossing storyline. Now, after all this time, it seems that fans of Michel Ancel’s alluring adventure game may finally have their wishes given form as the 2003 classic is set to get a modern reboot.

The original ‘Beyond Good & Evil’ was released in 2003 by Ubisoft and followed the adventures of Jade, a tenacious young woman with a deep abiding love for photography. She lives with her adoptive uncle Pey’j (who happens to be a sentient pig), works at her own photojournalism company and is an adept martial artist in her own right.

The year is 2435, and something suspicious is afoot in the picturesque mining town of Hillys located in a remote location somewhere in the galaxy. For an unknown town in a different part of the galaxy, Hillys is somewhat familiar with rustic European architecture accenting the landscape.

It is also quite strange since an appreciable part of the citizenry consists of sentient anthropomorphic human animal hybrids who coexist with the town’s human inhabitants. You control Jade and her allies as they work with the underground resistance outfit known as IRIS Network in their fight against an invading alien force known as the DomZ, as well as the town’s military dictatorship Alpha Sections that seems to be in cahoots with the aliens.

Designer, writer and series creator Michel Ancel initially planned for a trilogy for the franchise, but those plans had to be shelved due to the game’s rather underwhelming commercial performance. However, the game achieved cult status among many fans, and that is very likely the driving force behind the franchise’s resurrection today.

Beyond Good & Evil 2 Plot: What is It About?

Not a whole lot is known about the plot of ‘Beyond Good & Evil 2’ right now, but we do know that the game will be a prequel story set before the events of the first game. Fan favorite characters from the first game Jade and her uncle Pey’j will make a return, albeit in a rather different capacity than the original.

‘Beyond Good & Evil 2’ will also play around with some more mature themes this time around. Since the game is a prequel, it is set in a time when the anthropomorphic human hybrids were just emerging, and continue to be discriminated against and treated as slaves in some parts of the world. That’s not the only surprise though, as the trailer for ‘Beyond Good & Evil 2’ seems to indicate that the protagonist from the original, Jade might actually be one of the antagonists in the new game.

‘Beyond Good & Evil 2’ is an online space pirate adventure game in which every player gets to create their own unique human or anthropomorphic human hybrid character, and work their way up through the world until they can finally afford their very own spaceship for interplanetary travel. The game is something of a sandbox, and the entire solar system is your playhouse.

Once you get your own ship, you will also be able to recruit Non Player Characters (NPCs) from around the game world to be your crewmates. According to developer Ubisoft Montpellier, these NPC crew members will not be generic clones; instead, they will all have their own fully fleshed out personalities, motivations and backstories. Once you progress far enough in the game, you will also be able to have multiple ships of your own.

‘Beyond Good & Evil 2’ will also reportedly feature fan made content in the final game. Creators can proffer scripts, artwork and even voice over recordings to the developers, and some of it may even be included in the finished product.

Of course, being a massive online sandbox, ‘Beyond Good & Evil 2’ will allow you to play through the entire game solo or with a friend.

Beyond Good and Evil 2 Developers: Who Are The People Behind It?

The game itself has been in development for nearly 10 years now, undergoing shifting visions and scale before being finally announced formally at E3 2017.

Beyond Good & Evil 2 Release Date: When And Where Can I Play It?

‘Beyond Good & Evil 2’ will likely launch on PC, PlayStation 4 and Xbox One. Depending on when it finally releases, it could also end up being a cross generational title on the upcoming new PlayStation 5 and Xbox consoles.

You can watch the trailer for ‘Beyond Good & Evil 2’ right here: