Big Brother Season 22 Episode 3: How and When to Watch? 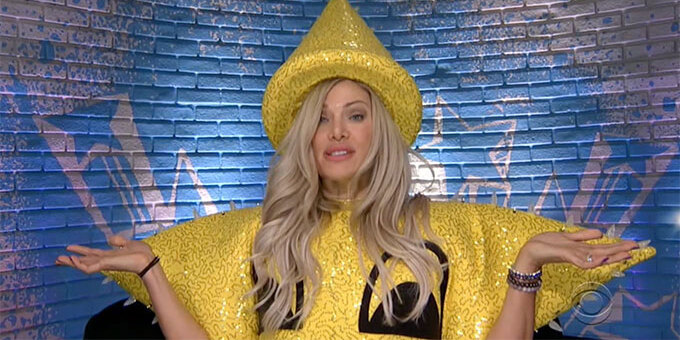 ‘Big Brother’ season 22 started with some technical glitches and awkward moments thanks to the live premiere episode. However, that doesn’t mean it wasn’t fun. So far, we have seen the 16 returning contestants giving their best in trying to win the HOH competition. Cody Calafiore manages to outperform others and win the task, while Christmas Abbott becomes the lucky houseguest to win a cash prize of $5,000. The losing contestants, Ian Terry, Nicole Anthony, Kevin Campbell, and Memphis Garrett have to go to the Have-Not room. Need a recap? Head straight to the end! In case you’re looking for release date and other details of ‘Big Brother’ season 22 episode 3? Well, you’re in the right place.

You can watch ‘Big Brother’ season 22 episode 3 by tuning to CBS at the above-mentioned time. You can also catch the show on CBS’ official website and the CBS app. If you don’t have a cable subscription, you can watch the show on Sling TV, Direct TV, and Fubo TV and also stream the live feeds on CBS All Access. All the previous seasons are available on Amazon Prime.

After earning his safety for the first week by winning the HOH competition, Cody becomes popular among the houseguests as everyone outlines a plan to convince him to omit their name while picking the two eviction nominees. Janelle Pierzina and Kaysar Ridha acknowledge the bond they made while working together in two past seasons. Da’Vonne Rogers calls BS when Nicole Franzel thanks her for awarding her the win. Of course, Da’Vonne has seen the footage where Nicole plots and plans against her in the season they participated in. When Nicole F. meets with Cody, he immediately tells her that he considers Janelle and Kaysar as competitors as they are both powerful players and great friends.

The next day, Cody announces that the players can use their VIP pass (once in three weeks) to enter the Safety Suite and compete for securing their safety. The winner of the Safety Suite challenge bags the right to save another contestant, who will have to endure punishment to earn safety. A one-on-one conversation with Cody makes it very clear to Janelle and Kaysar that he is targeting them. Therefore, the two enter the Safety Suite to try their luck. Kaysar wins, and she gives Janelle the immunity for which Janelle will have to wear a shiny and glitzy starry suit for the rest of the week.

Cody, Enzo, and Memphis bond well, and we see an alliance forming. After Janelle and Kaysar bag the immunity for a week, Cody and Nicole F. try to pick two new members for nominations. Kevin senses it and talks to Cody ahead of the announcement in the hopes that he can make the HOH change his mind. Unfortunately, it doesn’t work as Cody nominates Kevin and Keesha, putting them on the radar for getting evicted in the first week. While Keesha looks unbothered, Kevin is mighty pissed and hopes to teach Cody a lesson.