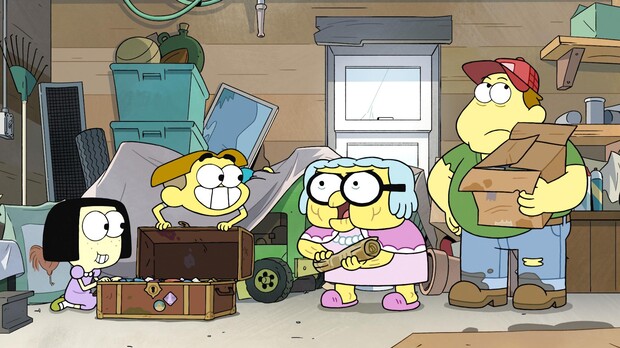 ‘Big City Greens’ is an animated comedy-drama and adventure series that airs on Disney. Created by the Houghton brothers, it originally dropped on the channel on June 18, 2018. The story is centered around the Green clan, who after losing their farm in the countryside, move in to stay with the family patriarch’s mother Alice, residing in a teeny farm in the big city.

Season 1 of the show received a positive reception from critics because of its solid family-centric themes and silly, lighthearted humor. Even the characters of the wacky fam were described to be funny and silly. As a result, the quirky series was quickly given a go-ahead for its second edition. However, season 2 went on a hiatus in February 2020 and is now making a comeback. Read on to know when the rest of the episodes from ‘Big City Greens’ season 2 will drop on tv screens.

The lead characters of season 2 are the members of the Green family. We have Cricket Green, voiced by Chris Houghton, the forever barefooted country boy, who has moved to the city and has a knack for creating trouble. Tilly Green, voiced by Marieve Herington, is Cricket’s sister while Bill Green, voiced by Bob Joles, is the family patriarch. Rounding up the lead voice cast is Artemis Pebdani as Gramma aka Alice Green, Cricket, and Tilly’s grandmother.

Big City Greens Season 2 Plot: What is it About?

‘Big City Greens’ chronicles the adventurous life of Cricket Green, a country boy who moves with his family from their rural farm to a modern metropolis. The 10-year-old boy’s natural curiosity and enthusiasm lead the fam on several epic journeys, which also involve their neighbors. Season 2 gets even wackier and follows Tilly and Bill as they create a video, similar to that of YouTube, and launch a night talk show. There is a ‘Green Christmas’ holiday musical special, featuring seven original songs, and a video game-themed episode, showcasing CG animation.