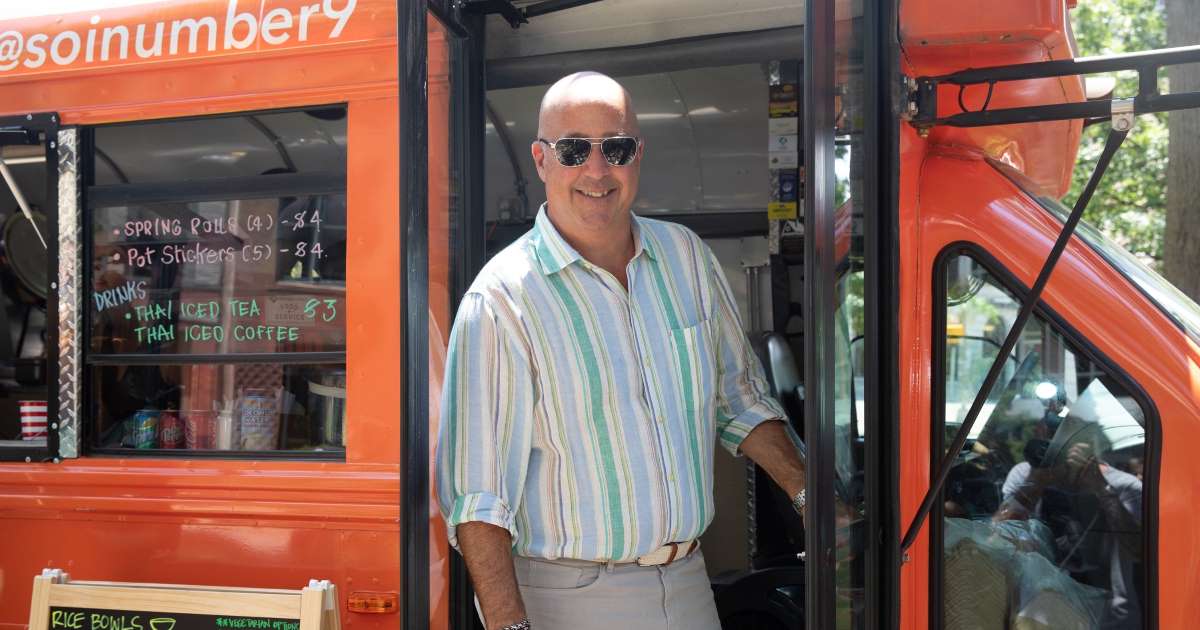 When reality TV peaked its boom as a self-contained genre back in the early 2000s, the years that followed oversaw game shows revitalise with just about every twist to the formula imaginable: be it rock-climbing or craftsmanship, there are more than one competitive shows going on with that on any major network even today. Naturally, food and cooking is relatively a low-hanging fruit for producers specializing in reality game shows – the food itself is a topic that never goes out of vogue. It takes another strain of ‘reality TV’ to prevent the topic from becoming fully infested with stale Survivor-spinoffs: Food Network shows that focus more on the travelling and cultural aspect of food.

Bizarre Foods with Andrew Zimmern is perhaps the biggest bastion of defence for food/travelogue shows in this vein. It is also among the most successful ventures from Travel Channel. So it was no wonder that Food Network gave producer Brian Peter Falk (who previously collaborated with Andrew Zimmern on The Zimmern List) the green light for a new Andrew Zimmern featured title. Big Food Truck Tip is very different from Bizarre Foods, but it captures the spirit of adventuring and exploring new twists to old recipes perfectly.

The first season of the show was well-received. Now, the question arises: will there be a Big Food Truck Tip season 2? We will delve into that question, but first let’s quickly look into the details of the series.

Competitive game shows usually have the stage ensemble of a judges’ panel, the host, and the contestants. Big Food Truck Tip is rather more in line with Gordon Ramsay’s Kitchen Nightmare in terms of casting, however. Like Ramsay, Big Food Truck Tip is a one-man show as it comes to presentation: the show pivots largely on the charisma and fan following of food encyclopediac Andrew Zimmern. The famed host of Travel Channel’s Bizarre Foods, Zimmern is not quirky like Ramsay or Guy Fieri – but he is passionate about food and cooking, and even used to own his food truck in the distant past.

All these factors make him the ideal host for Big Food Truck Tip, and we are all but certain to see him in upcoming seasons of the show. Big Food Truck Tip is more about the stories it tells through its contestants, though, so many of them are memorable individuals. They are not considered part of the ‘cast’ as such, but you will not be disappointed if you hope to find more interesting people with motivating backstories in future iterations of the show.

What is Big Food Truck Tip about?

Big Food Truck has the exoskeleton of a competitive show. As Zimmern noted on a podcast, Food Network had originally approached him with the idea of a reality game show – but Zimmern insisted on making a show where he can at least tell a story. Big Food Truck Tip still keeps the game show formula on the surface; the premise is that one among a few food trucks daily gets a ‘tip’ of $10000 (the grand prize in reality game-speak). But under this umbrella, what Zimmern and his team really intend is to expose food trucks as a lucrative entrepreneurship option to more youngsters. We have come to see on shows like Hell’s Kitchen that the contestants will usually be forgettable faces – an assortment of positive and negative traits. But in Zimmern’s show, the eatery owners are more than simple everymen.

The show goes the extra mile because many who are featured are more than just contestants: they are the milestones of genuinely inspiring tales of perseverance and success. From a structural standpoint, though, Big Food Truck Tip is the usual deal: we have Zimmern chiming in with an introductory speech in each episode, which then cuts to segments done on one of several food trucks that episode, with panoramic shots of the locality (if it is pleasing to the eye), the familiar culinary show shots with close-ups on the ovens and fry-pans, to Zimmern munching on it, to his reaction and his feedback to the food truck owners. The food truck eateries that please Zimmern with the quality of cooking get a Food Network approval certificate and the ‘big tip’ of $10000.

It is not as prolific as Zimmern’s other shows because good food trucks are not just all that frequently seen. However, if Zimmern goes to small-town mid-eastern US, there is fuel enough for several more seasons. The show also did well both critically and commercially, as its quality-over-quantity dictum is very visible. The brevity also means faster production times, and because of this, we would not be surprised if we see Big Food Truck Tip season 2 releasing sometime in Q1 of 2020.

Although the show did reasonably well to garner a fanbase over just 6 weekly episodes, unfortunately, no video promo material is available for the show on the internet. Head over to Food Network if you wish to check out clips from the show.