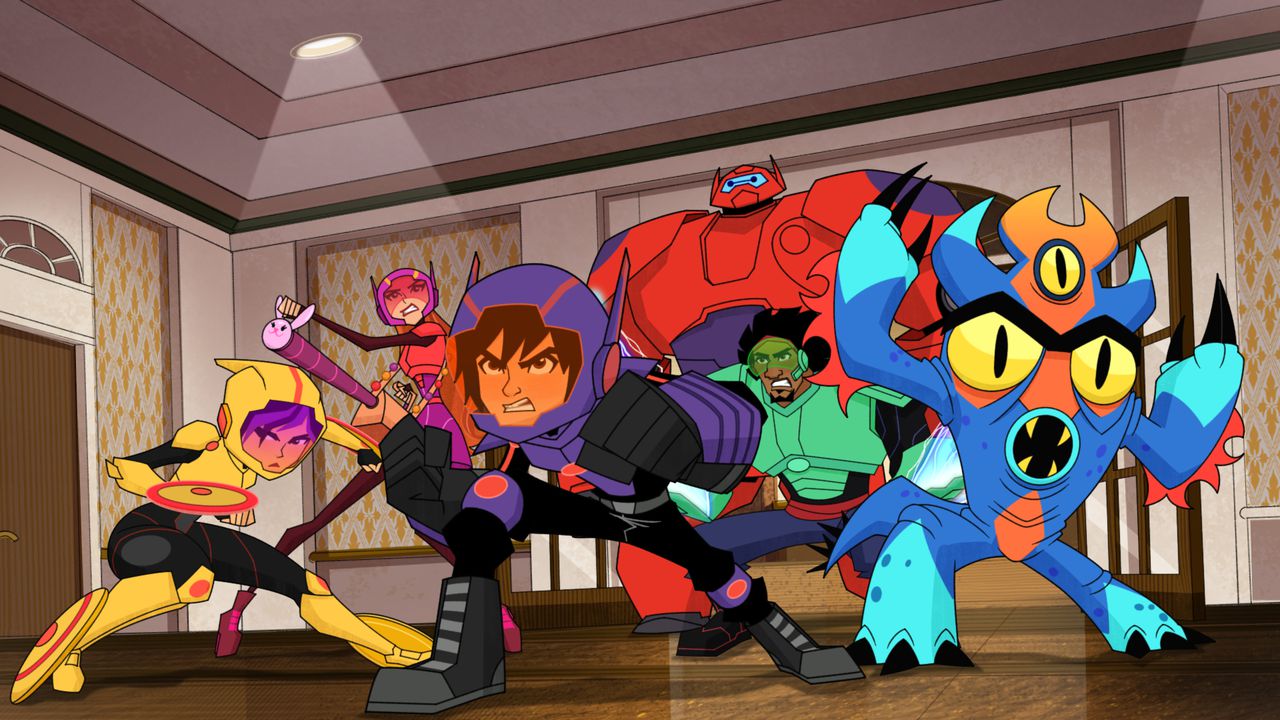 ‘Big Hero 6: The Series’ is an animated superhero comedy, developed by Mark McCorkle, Bob Schooley, and Nick Filippi. Based on Disney’s eponymous movie, the show is created as a sequel, which chronicles the events, following the film’s conclusion. The Disney original, after airing two successful seasons, returned with its third iteration on September 21, 2020.

We again meet our 14-year-old tech genius Hiro, his robot buddy Baymax and their friends Wasabi, Honey Lemon, Go Go, and Fred. The Big Hero 6 team then gears up to protect their city of San Fransokyo from the evil Noodle Burger Boy and his crew of villainous mascot robots. Following a remarkable premiere, the third season is now all geared up to release its second episode. And here is everything we know about it.

The new episodes from the third season feature running times of 11 minutes each instead of the previous 22 minutes. But to fit the half-hour timeslot, episodes are now combined into segments. Following this revamped format, the second part is divided into two episodes – ‘Mayor for a Day’ and ‘The Dog Craze of Summer’. The story follows the Big Hero 6 team as they respond to Richardson’s every whim when he is made mayor for the day. Hiro seeks the help of the superhero crew when Granville’s three dogs go missing under their scrutiny.

Where to Stream Big Hero 6: The Series Season 3 Episode 2 Online?

‘Big Hero 6: The Series Season 3’ releases new episodes every Monday at 7.30 pm ET on Disney XD. If you have a cable subscription for the channel, you can watch the show on your tv screens. Otherwise, you can catch the episodes online on the official website of Disney Now. For cord-cutters, cable-free, live-streaming platforms include Directv, Fubo TV, and Sling TV. You can additionally catch the episodes on Hulu + Live TV, which gives access to channels like Disney XD. You can additionally rent the episodes on Amazon Prime Video.

The premiere episode follows Fred who excitedly expresses his desire to spend more of his time, fighting crime. However, Wasabi, Honey Lemon, and Go Go state that they wish to pursue new jobs, following their graduation. The trio does not attend a party hosted by Fred and they even do not show up to help the team when battling Noodle Burger Boy — a villain who wants to create a new family using other mini A.I. mascots.

Hiro is a bit upset because he believes that his new job at Bragtech will force him to move to a different city. Cass explains that wherever they are, they will always remain friends. Eventually, the crew gets together to prevent Hyper-Potamus from being taken by Noodle Burger Boy. They are stopped in between while rescuing an employee named Sara. As a result, Noodle Burger Boy escapes.