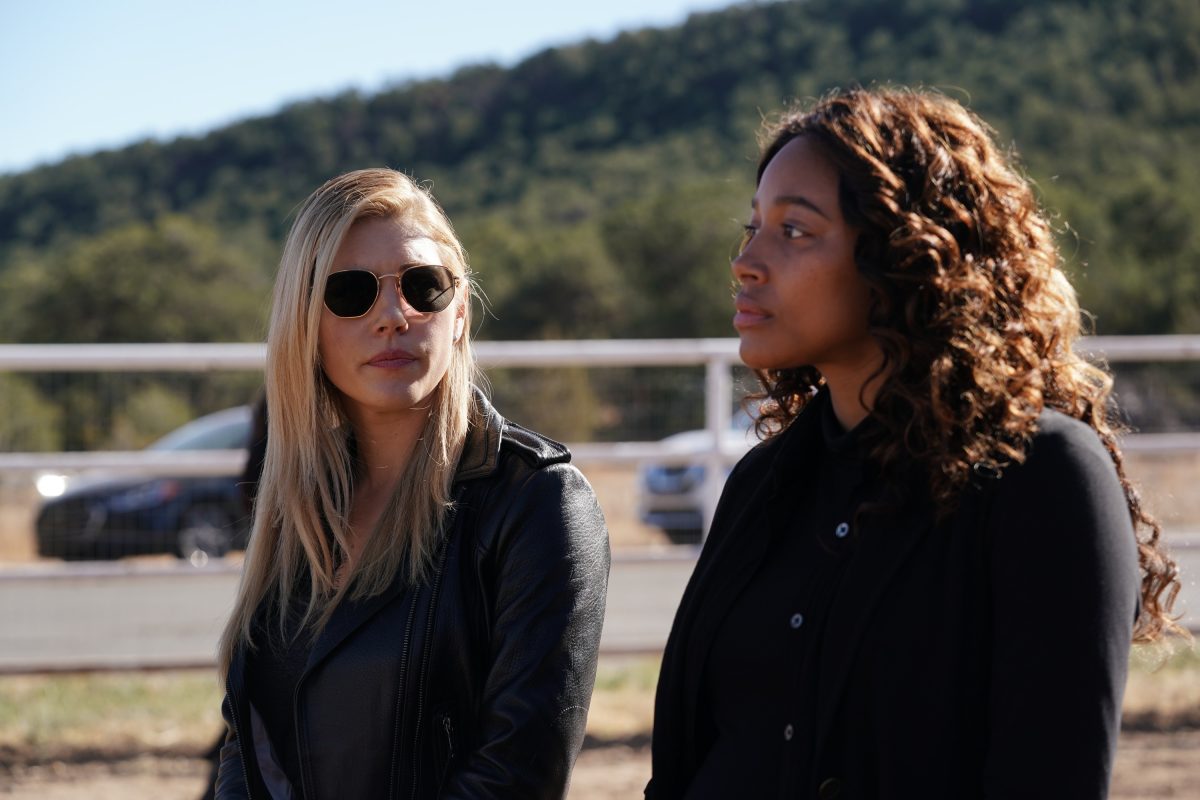 Created by David E. Kelley, ‘Big Sky‘ is a crime thriller series based on ‘The Highway’ series of books by C. J. Box. When two sisters are kidnapped by a truck driver on a remote highway, detectives Cassie Dewell and Cody Hoyt are put in charge of the case. The two team up with Cody’s estranged wife, Jenny Hoyt, who used to be a cop. While investigating, they realize that the kidnapping is not an isolated incident and is related to a string of disappearances. Things take a grimmer turn when the group loses a member.

While some have expressed skepticism regarding the show’s setup, many find its thrilling narration entertaining. Since the series first aired on November 17, 2020, it has maintained high and steady viewership. Season 2 of the crime show finished airing recently, and fans cannot wait to find out more. So, if you too are looking forward to a third iteration of the crime drama, we have all the answers you need!

As for season 3 of the thriller series, you are going to like what we have to share! To the delight of its fans, the show has been renewed for a third installment. ABC announced the news on May 13, 2022, before season 2 ended its run. Though the show may not be on the top of the charts, its viewership numbers are by no means small. The series has a dedicated fanbase and steady audience, which may have been one of the biggest reasons behind the show’s continuation.

We're staying under the #BigSky so stay tuned for Season 3 when we return to ABC! ⛰ pic.twitter.com/qs7ZuYXC54

According to sources, seasons 1 and 2 began filming in August 2020 and 2021, respectively. Therefore, we are hopeful that the production for the upcoming round will commence by the end of summer 2022. Moreover, season 2 began airing in late September 2021, which means that episodes are filmed not too long before they arrive on the television network. So, if the cast and crew follow a similar schedule, we expect ‘Big Sky’ season 3 to release sometime in Q3 2022.

The third season of the show will see the return of Kylie Bunbury and Katheryn Winnick as Cassie Dewell and Jenny Hoyt, respectively. Jensen Ackles, who appears in the season 2 finale, will join the show’s main roster to play temporary Sherriff Beau Arlen. However, the actor is apparently on a one-year deal for just the third season. Jamie-Lynn Sigler will be back to reprise the role of waitress Tonya Walsh, but now as a series regular. Season 3 will also see Reba McEntire as a new addition to the show’s cast. She will play the character of Sunny Brick, the head of the Brick Family, who runs a successful backcountry outfitting business but have a terrible history of missing customers.

Other actors who may be back for the third round include Brian Geraghty (Ronald Pergman), Dedee Pfeiffer (Denise Brisbane), Omar Metwally (Deputy U.S. Marshal Mark Lindor), and Anja Savcic (Scarlet Leyendecker). On the other hand, it remains to be seen if Logan Marshall-Green (Travis Stone), Janina Gavankar (Ren Bhullar), and Vinny Chhibber (Jag Bhullar) will return to portray their characters in the much-anticipated season 3. More additions to the cast lineup will not be so surprising.

Big Sky Season 3 Plot: What can it be About?

In season 2, we see many new characters within the storyline of the crime series. In the season finale, Jenny rushes to find Travis before he is lost and compromised. Meanwhile, Ren and Jag find a way to strengthen their sibling bond as they agree on how to deal with their father. At the same time, Cassie’s quest for justice may have been altered forever.

With such intense twists, it is no wonder that fans are so eager for season 3. Travis may be a new name to the series, but his journey has been compelling to watch. What happens to Jenny after her experience with Travis in the season 2 finale might shape the storyline for the third season. Moreover, what lies ahead for Cassie is another thing fans can look forward to, given her actions in the last two seasons and the consequences of what she has done.