Big Time Bake: Everything We Know 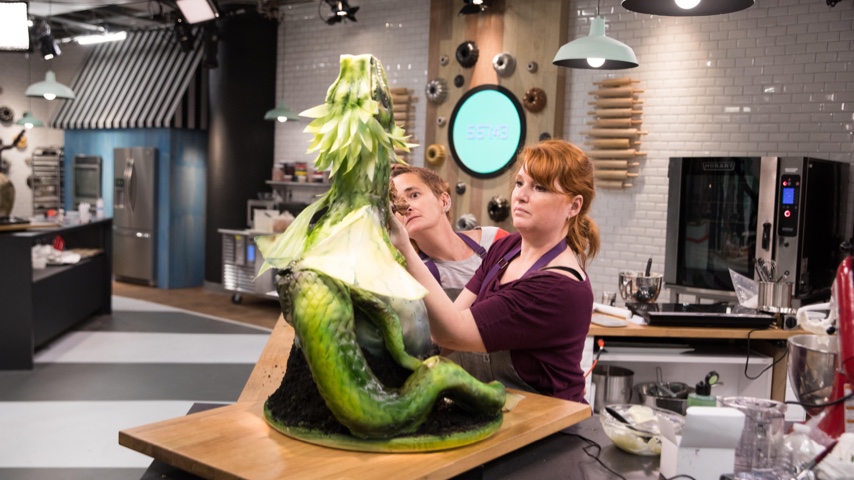 Baking shows are a staple on Food Network and they are never a failure. From the ‘Bake Away Camp with Martha Stewart’ to other seasonal competitions, they are incredibly popular for their visuals, showcased techniques, and creativity. These titles compel you to eat with your eyes. Well, another addition to this evergreen genre is ‘Big Time Bake’, which is a baking challenge but with a twist.

‘Big Time Bake’ season 1 premieres on June 8, 2020, at 9 pm ET/PT and 8 pm CT on the Food Network. It will consist of six episodes, each spanning one hour in length.

‘Big Time Bake’ is hosted by Buddy Valastro, who gathered all the know-how about baking while working in the family bakery alongside his father Buddy Sr. Buddy is an expert in over-the-top cakes and authentic Italian pastries. His brand, Carlo’s Bakery has six outlets in New Jersey and is spread out across New York, Connecticut, Pennsylvania, Florida, Texas, and Nevada.

Buddy is not new to Food Network. He has appeared in ‘Buddy vs Duff‘, ‘Bake You Rich‘, and ‘The Food Network Challenge‘, to mention a few names. While Buddy acts as the primary judge in ‘Big Time Bake’, he is joined by a rotating panel of guest judges, including famous chefs like Nacho Aguirre, Ralph Attanasia, Zoe Francois, Tregaye Frasier, Dan Langan, Lorraine Pascale, Aarti Sequeira, Thiago Silva, and Kristen Tomlan.

What is Big Time Bake About?

‘Big Time Bake’ is conceptualized as a nonstop dessert competition. Each episode features a team of talented bakers who are given only six hours to create “creative cookies, decadent cupcakes, and a showpiece cake all inspired by a surprise theme” — as explained in Food Network’s press release. The clock runs non-stop and every two hours, Buddy and the guest judges visit the bakers to comment on their work.

Each week, four bakers, accompanied by their assistants, need to bake cookies, cupcakes, and an outstanding cake from scratch — all within six hours. The baked, edible creations must match the given theme. In the cookie round, one baker, whose cookies do not meet the benchmark is eliminated. At the end of the fourth hour, i.e the end of the cupcake round, another contestant is sent back home. Finally, the last two bakers must finish off the masterpiece cake as the sixth hour draws to a close.

Courtney White, President, Food Network, explained the complexity of the contest in a press release: “The competitors must bake the best cookies, cupcakes, and cakes that not only taste delicious but also impress Buddy Valastro with the technique and presentation. On top of preparing the desserts, the bakers must strategize to use their time wisely, making Big Time Bake one of the most difficult competitions.”