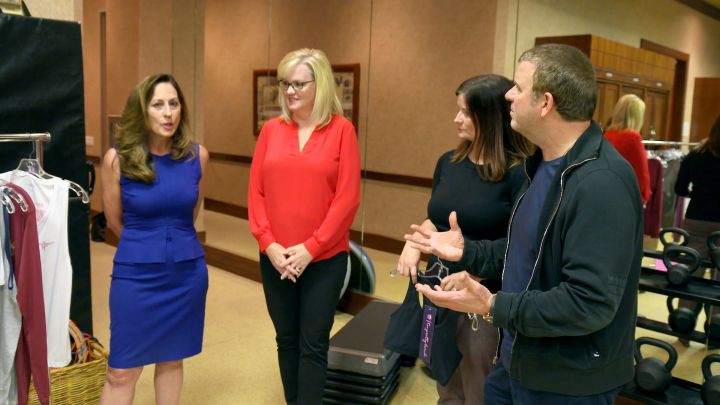 Unscripted TV throughout it’s some four or five decades of development has primarily focused on a content accessible to many – or, as the case is for shows on the informative side, a choice of subject which has a mass appeal. This goes for shows which are not informative in the same way that a technical documentary on a prehistoric artefact that would lead anthropological breakthroughs is informative. These shows were instead a genre-mashup that watered down their subject matter to make it transparent for casual viewing for the working class man at the end of his day.

Fast forward to 2018, and a vague rift between documentary proper and faux-documentary TV shows still exist in the major motive with which they were produced. However, some shows still retain the same level of detailing and documentation so as to become helpful and informative, while at the same time remaining casual and accessible. While it would seem that CNBC’s Billion Dollar Buyer is another of these filler-material TV shows on its face value, in reality, it does fall into the more informative and useful side of reality TV, especially if you are an aspiring entrepreneur, or interested in real estate. The show, as the central figure Tilman Fertitta explains on the outset, is all about ‘teach the owners how to handle big business.’

The bread and butter for the show is Tilman Fertita, who plays both judge, jury, and executioner for the game format, hosting and running the show practically all on its shoulder. Much of the show’s brand value, in fact, comes from Tilman Fertita’s person. A self-made juggernaut, Fertita is a legend among real estate entrepreneurs across the world, having turned a single Texas seafood house into a three-billion-dollar empire. If the show returns for a fourth season, it is imperative that Fertita returns as the central figure, as the show practically stands on his charismatic personality and irreplaceable eligibility for the judge’s seat.

Billion Dollar Buyer Season 4 Plot: What is it about?

At its core mechanism, Billion Dollar Buyers is a reality game show, with new contestants going toe to toe against each other each episode. But it is a game show done in a very logical and believable way. It goes like this: in each episode, Tilman picks out two businesses which supply a similar product (the product can be anything ranging from linens to drinks) and gives them hints to improve their business to meet the prerequisites for Landry Inc.’s standards. At the end of the show, Tilman assesses their growth and considers whether any of them will be chosen for ‘the deal of a lifetime’, a contract with Landry Inc.

Billion Dollar Buyer Season 4 Release Date: When will it premiere?

With the show’s massive success, it will be within good reasoning for CNBC to renew it for a fourth season sooner rather than later. When Billion Dollar Buyer had premiered in 2016, its pilot achieved the highest primetime rating in months, and it has not strayed far from that peak popularity throughout three seasons. Observing its yearly recurrence and ample space for such a hit show on the primetime slot, it should appear on the summer slate of 2019. But this is all yet tentative, as CNBC has not yet confirmed its renewal status, which makes the summer release only an assumption. The official air date for a fourth season is still TBD.

As a renewal status is still pending, naturally, there are no teasers or trailers released for the potential new season yet. Watch a clip from the previous season below