Billions Season 5 Episode 4: Everything We Know 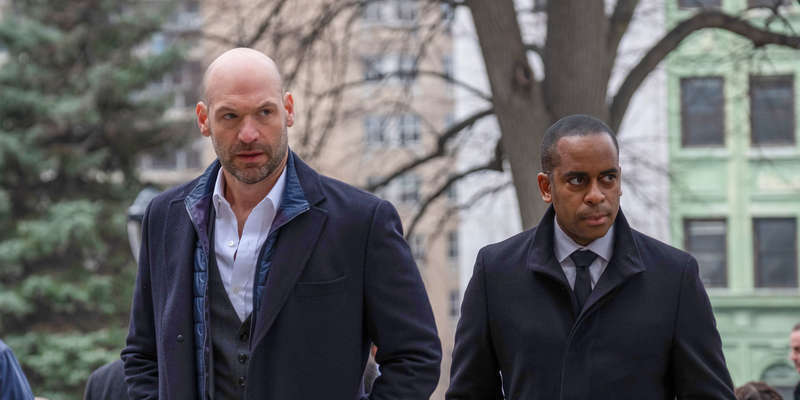 ‘Billions,’ season 5 has gotten more interesting since the entry of Michael Thomas Aquinius Prince AKA Mike, a small-town farm boy turned business mogul. Bobby’s world has turned upside down, and he is doing everything in his power to gain the upper hand over Mike. In the latest episode, titled ‘Beg, Bribe, Bully,’ Bobby’s son Gordie lands in trouble at school for conducting a cryptocurrency-mining operation that cuts the power of the whole town. And what does Bobby do? Upon discovering that the headmaster assigns the young Syrian refugees at school to do his personal work, Bobby blackmails him into letting his son go.

Not just that, Bobby also demands a session with the students, wherein he gives a preachy lecture on the plus points of capitalism. Elsewhere, Bobby gifts the artist Nico Tanner, an apartment, in return for eight paintings, to take a dig at Mike Prince. Also, he has his eyes fixed on getting a state charter to set up a bank. Meanwhile, Chuck desires to become a professor at his alma mater Yale Law School but has to waive the restraining order against Wendy to get his father to help him get a job into the institution. You must be wondering: What happens in ‘Billions’ season 5 episode 4? Well, we have got you covered. Read on.

You can watch ‘Billions’ season 5 episode 4 by tuning to Showtime at the above-mentioned time. You can also catch the show on Showtime’s official website and the Showtime app.

As you may have figured from the title, the upcoming episode might shower each player with an opportunity to move a step ahead in his/her mission. Bobby might make a decision that would compel him to look back at his past, but at what price? His move might bring him at crossroads with his newfound enemy, Mike Prince, who might squeeze the juice out of the opportunity to mock his opponent. Taylor might pull out all stops to save an opportunity ship from sinking, while Wendy might grab onto a new client.

Meanwhile, at Yale Law School, we can expect Chuck to be excited and nervous to don the hat of a professor at his alma mater. Interestingly, he will come face to face with Mike, and the two might make a pact to take down their common enemy, Bobby. You scratch my back; I scratch yours. Bobby goes down! Deal? It looks like not all the players will be able to cross the sea of opportunities without endangering their lives. With two of Bobby’s strongest enemies teaming up against him, things are going to get challenging for our over-ambitious billionaire.