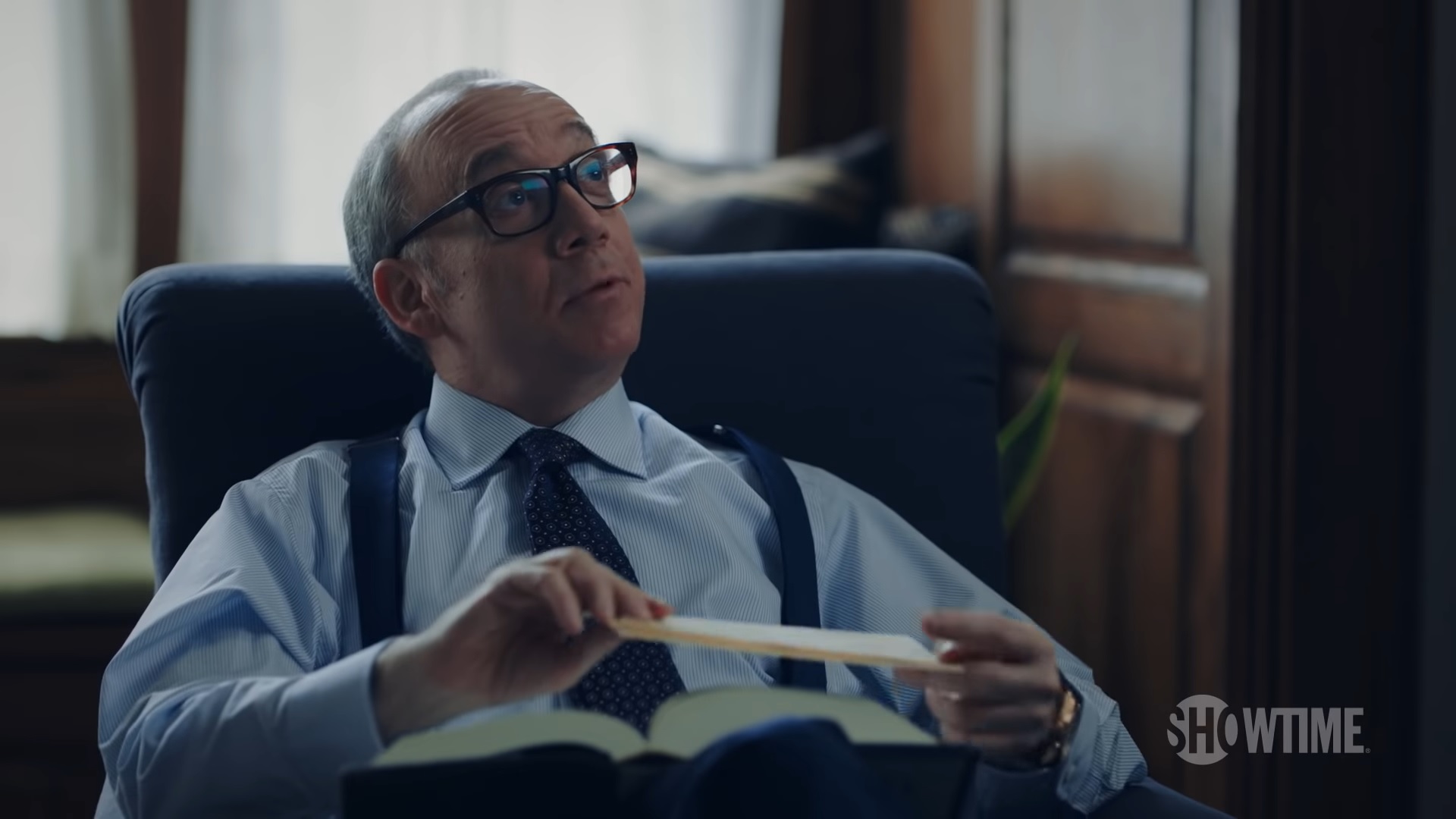 Showtime’s ‘Billions’ chronicles the fast-paced legal and financial world of New York City’s attorneys and hedge fund managers. Created by Brian Koppelman, David Levien, and Andrew Ross Sorkin, the series primarily follows the characters of Chuck Rhoades and Bobby Axelrod as they clash in a world where the law struggles to fight those that possess uncontrollable greed. With its real-life inspirations, close exploration of the wealthy, and philosophical questions on power, money, and ambition, ‘Billions’ makes for a nail-biting legal drama.

The series is highly popular amongst the masses and generously praised by critics for its phenomenal cast and intricate storylines. The show hooked millions right from its first season, which premiered on January 17, 2016. With the season 5 finale leaving fans shocked, upset, and desperate for more, it’s no surprise that talks of season 6 have already taken over the town. Here’s everything you need to know about the sixth installment of ‘Billions.’

For fans wondering about the sixth season of the show, we’ve got great news. On October 1, 2020, ‘Billions’ was renewed for a new outing by Showtime. And we now have a release date as well! Get ready to see ‘Billions’ season 6 on January 23, 2022, at 9 pm ET on Showtime.

Despite the pandemic-related delays that set back season 5 in 2021, season 6 is slated for a release far sooner than viewers had expected. Season 6 is already done with more than half of its filming, having jumped into the new edition as soon as season 5 wrapped up.

Billions Season 6 Cast: Who is in it?

However, much to the dismay of fans worldwide, Damian Lewis is not returning for the sixth round as the wealth-amassing, law-breaking hedge fund manager Robert “Bobby Axe” Axelrod. Leaving his ‘Billions’ days behind him, Lewis plans to stay in London to be close to his family, following the tragic death of his wife and actor extraordinaire Helen McCrory.

According to showrunner Koppelman, the series had slowly been moving towards Axe’s exit for many years. Cue the gut-wrenching goodbyes from the cast, crew, and fans! Nonetheless, the possibility of featuring the character of Axe in future episodes of ‘Billions’ has not been fully ruled out. But for now, Axe’s storyline is officially concluded, and Stoll’s Mike Prince is set to become the show’s central antihero.

Billions Season 6 Plot: What can it be About?

However, Axe sells his businesses to Prince and subsequently flees the country. Wendy and Axe acknowledge their mutual feelings of attraction, but their romance doesn’t take off as she refuses his offer to leave the country with him. But despite losing almost all of his wealth and connections, Axe finds freedom and peace in Switzerland.

Season 6 is expected to explore how Mike Prince pushes his image as an ethical and benevolent billionaire while taking the reins at Axe’s empire. With Prince as his new nemesis, Chuck Rhoades sees a bigger fish to take down and thus needs a finer and sharper strategy. Tensions might arise between Wendy and Taylor, with the former having helped Axe flee to Switzerland while the latter has been essential in dethroning Axe. Rian is likely to become essential to Prince’s operations, much to the grim disappointment of Taylor.

Cleverly planned philanthropy, legal loopholes, complicated personal and professional relationships, and strained alliances are possibly the key points of the new season. “The show has been asking the question as we go forward— is there such a thing as a beneficent billionaire, or are they by their very nature agents of harm?” said Koppelman. Clearly, Prince is here to rule, and we need season 6 to see how, and for how long.

While we wait for the official trailer for the sixth season, here is a teaser that is guaranteed to get you excited for what’s to come!