Will There be Bite Club Season 2? 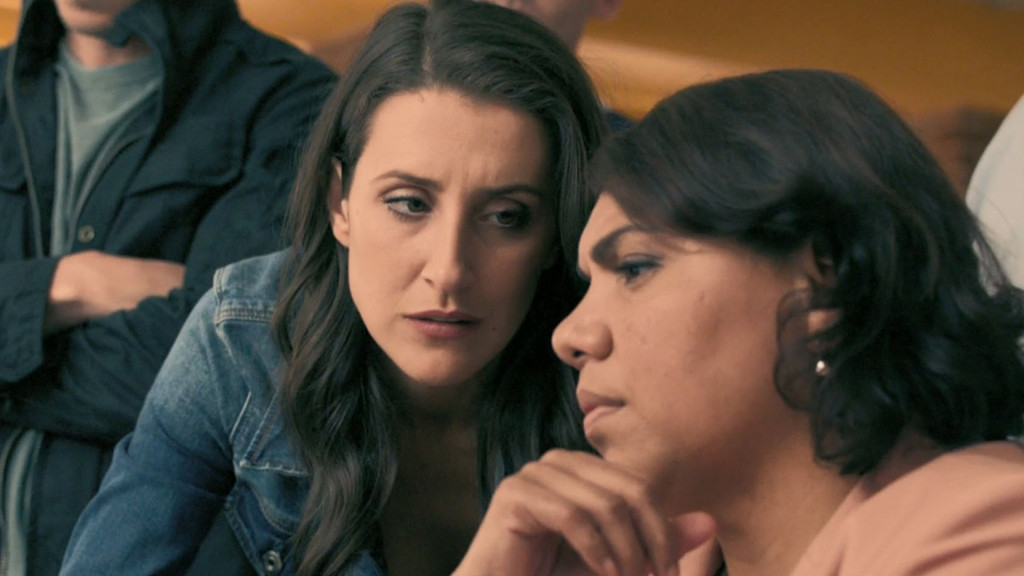 Most would agree that ‘Bite Club’ is a somewhat misleading name. If you thought it sounded like a competitive cooking reality show, you would be right: there is one ‘Bite Club’ on Food Network which aired its second season in July 2019. We are here to talk about the other ‘Bite Club’ – the one involving sharks and serial killers.

Crime fiction has always been one of the most sought after genres in every medium of entertainment – TV, radio, the internet, or good old books ( incidentally it has been the top-selling category of books in the UK for a decade now). Naturally, something with this scale of broad appeal has led to a saturated niche. Even excluding true crimes and the blight of cop procedurals, non-formulaic crime thrillers come out by the dozens every month. Some of them mark a spark of excellence, but the rest unfortunately typically stick to mediocrity as their paradigm.

Nine Network’s ‘Bite Club’ is an example of the horrid end of this spectrum – a crime thriller that manages to get almost everything wrong despite a decently talented production team.

Bite Club Cast: Who is in it?

‘Bite Club’, a show that attempts to blend a shark thriller with a serial killer hunt, was curiously timed promptly after Jon Turtletaub’s ‘The Meg’ (premiered August 10, 2018 – just five days before ‘Bite Club’ went on air). While it was just another B-movie with ‘Sharknado’ levels of absurd ideas and writing, it did have Jason Statham’s face value to build some box office profits. ‘Bite Club’ uses a similar bait on its hook – the show has some impressive star power with Todd Lasance in the lead role.

Starring in money-makers like ‘The Vampire Diaries’ and DC’s ‘The Flash’, Todd James Lasance is a fairly recognizable face. The rest of the cast, while they do not all measure up to Todd’s stardom, are all veteran actors. Against Todd Lasance’s Dan is detective Zoe Rawlings, played by Ash Ricardo. The show also stars Dominic Monaghan (Merry Brandybuck in Peter Jackson’s Lord of The Rings trilogy; Maverick in X-Men Origins: Wolverine), who plays constable Stephen Langley.

Most of the cast are expected to return for season 2 if it gets a go-ahead from the network.

Bite Club Plot: What is it about?

As the press notes and trailers seemed to suggest, Bite Club was supposed to be an overarching plot-driven crime thriller. But whether this was an intentional misdirection or not, the show in execution has about all the issues a cop procedural does. Its protagonists are detectives with choppy and jarringly strange character writing (a criticism applicable in general to John Ridley and Sarah Smith’s work in the show), and the opening episode only tries to blend it with the horror cliches of a typical shark film.

How the writers intended to merge the looming threat of shark and the mystery of a serial killer who hunts shark-attack survivors is itself a mystery. It has been indicated, time and again, that the ‘shark’ is a curious metaphor for the serial killer itself, but the writing does not really do much to hold up its end of the bargain. To discuss the plot premise in brief, the debut episode features detectives Dan and Zoe, who happen to be surfing enthusiasts, suffer the trauma of a shark attack.

The depiction of it is as cliched as it gets, as the protagonists plan to brave ‘just one more wave’, the tide rises, the camera moves astride the foamy sea, and the blue water turns red after a CGI spiral representing the shark. Dan loses a leg, and the show jumps forward three years in time. The death of a woman – apparently by sharks – gets to the headline, but the police eventually smell murder ties on land.

Zoe and Dan (now paranoid about sharks) are put on the case – and this opens some interesting Moby Dick-esque opportunities for character progression, which is sadly squandered by unimpressive writing. The abysmally written dialogues at least for the first half of the eight-episode season at times turn the show into a farce, and the directorial oversights do not help much. The colour palette and stylistics of the show also does not compliment the type of atmosphere the writers attempt to invoke.

Fortunately, these issues are somewhat alleviated as Wayne Blair steps in as the director halfway into the show – but not enough to redeem it. The second half of the show does seem to fall into place much better with improved writing, however, so the writers may be on to something here if they get another chance at it with a season 2.

Bite Club Season 2 Release Date: When will it premiere?

Bite Club season 1 premiered on August 15, 2018. Other than the middling-to-negative critical reception, the show’s viewership was not satisfactory either. For about the entirety of the show, it dipped below the 500,000 viewers mark, and the finale managed to pick it back up over the threshold. Whether or not this is good enough performance – given the decent production value – is up to the producers and Nine Network.

So far, the show has not been cancelled, so chances are not off the table. If they do greenlight Bite Club season 2, we would expect it to release somewhere in Q3 2020. That said, this is only speculation, and the show has not officially been renewed, leaving a release date TBD.

While you remain on the lookout for news on season 2, you could always watch a sneak peek from the first season here.