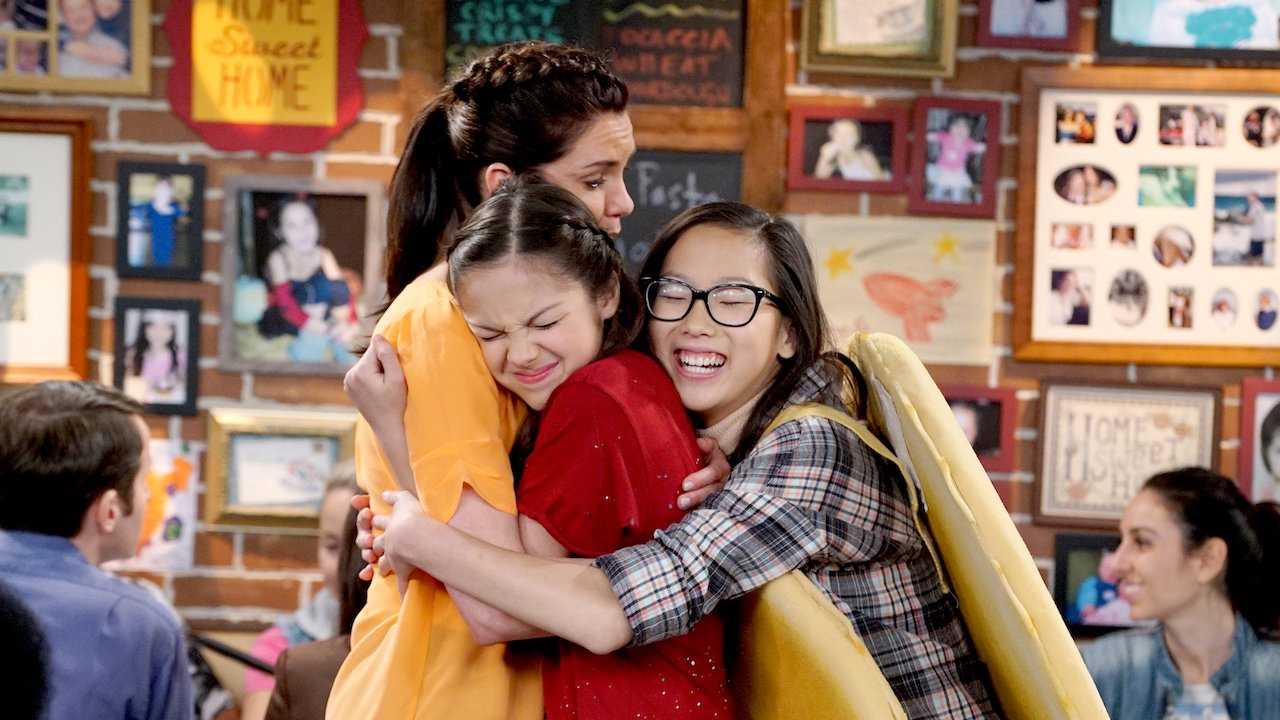 ‘Bizaardvark’ is an American comedy television series that airs on the Disney Channel. It first premiered on June 24, 2016. The series is about two teenagers – Frankie and Paige – who are best friends. They post funny videos on the Internet. Having hit 10,000 subscribers on their Vuuugle channel, Bizaardvark, they are inducted into the Vuuugle studios. There they make their videos and also share them with other Vuuugle users. Bizaardvark derives its name from the two words, “bizarre” and “aardvark”. Aardvarks are nocturnal mammals native to America. Kyle Stegina and Josh Lehrman are credited as the creators of the series. They were discovered by the Disney Channel Storytellers program.

Bizaardvark Cast: Who is in it?

‘Bizaardvark’ features Madison Hu, who plays the role of Frankie Page. She plays the keyboard and piano as well. Madison Hu started out as a child actress and has done films like ‘Bad Words’ in 2013. She also appeared as Marci for the Disney Channel series called ‘Best Friends Whenever’.

Olivia Rodrigo stars as Paige Olvera; she plays the guitar. Jake Paul was part of the series for Season 1 and 2, as Dirk Mann. Apart from these, DeVore Ledridge plays Amelia Duckworth; Ethan Wacker plays Bernie Schotz, who is Frankie and Paige’s agent; Maxwell Simkins is cast as Zane, who appears in Season 3 as a new star on Vuuugle; and Elie Samouhi plays Rodney, who is also introduced in Season 3.

Other than these, there are recurring characters such as Liam, played by Johnathan McClain as the son of the creator of Vuuugle; Rachna Khatau plays Principal Karen of Sierra High School in Season 2 and 3; and Kevin Will as Coach Carlson, who is the gym teacher of Sierra High School.

Bizaardvark Plot: What is it about?

‘Bizaardvark’ follows two friends, Frankie and Paige, who write songs and make videos for their online channel, “Bizaardvark”. When they eventually manage to get 10,000 subscribers, they are invited to the prestigious Vuuugle Studios to produce videos for them. With their fellow stars Dirk, from ‘Dare Me Bro’, where he takes on dares, and Amelia, from the show ‘Perfect Perfection With Amelia’, the two friends strive to become video blogging stars as they have their comedic adventures. Frankie sings and can play the guitar. Although she’s generally witty, she can get very silly at times. Paige, however, is more levelheaded.

Both of them went to school in Hollander Prep, where they felt weird and started creating music as a means of overcoming their awkwardness. The name Bizaardvark struck them while flipping through the pages of a dictionary. Despite an initial eyebrow-raising by their fellow classmates, Bizaardvark garnered a strong fanbase. They are followed by their long-time friend Bernie, who doesn’t have artistic talent but acts as a good agent.

Now part of the Vuuugle Studio, Frankie and Paige, can take their craft to the next level as they have the necessary resources to do so. They make friends with fellow Vuuugle star, Dirk, who is the host of “Dare Me Bro!” from his Dare Lair Studio. Dirk accepts dare request from his fans which are as crazy as head-butting a ram. Another Vuugle star the duo have as a friend is Amelie, who hosts the lifestyle show, “Perfect Perfection with Amelia”. To sum up, the five friends, namely Frankie, Paige, Bernie, Dirk, and Amelia are on track in following their dreams as they together go through the ups and downs of adolescent life, and gain experience in the world of video blogging.

However, in the final episode of Season 3, we see Liam announcing that he is selling Vuuugle in order to pay off his debts. Frankie and Paige go to New York, to work for Roam Winwood, who has decided to start a show about life inside the Vuuugle house. But the two do not get along well with the actors there, who are playing Bernie and Amelia, as they are not at all interested in being friends with the duo. They, along with Zane, Rodney and Horse Face Guy, decide to pay a group visit to Bernie and Amelia. But Bernie and Amelia decide to visit them in New York. All the friends meet in Kentucky, and upon getting together, they realize that they are true friends and it does not matter where they are staying as long as they remain friends.

Bizaardvark Season 4 Release Date: When will it premiere?

‘Bizaardvark’ Season 3 premiered on July 24, 2018, on the Disney Channel and the last episode aired on April 13, 2019. As far as the next season goes, there has been no official confirmation yet. Disney has been quiet about the future of the blogging duo, Frankie and Paige. Nonetheless, the show’s own group of fans are starving for a new season with new adventures.

Considering the fact that ‘Bizaardvark’ has had three highly successful seasons, it is not very difficult to assume it might have another one. The last season only concluded in April 2019 which means ‘Bizaardvark’ Season 4 will most likely come out sometime in late 2019 or early 2020.

Since there is no trailer for ‘Bizaardvark’ Season 4 yet, you can check out the promo of Season 3 below and refresh your memories: