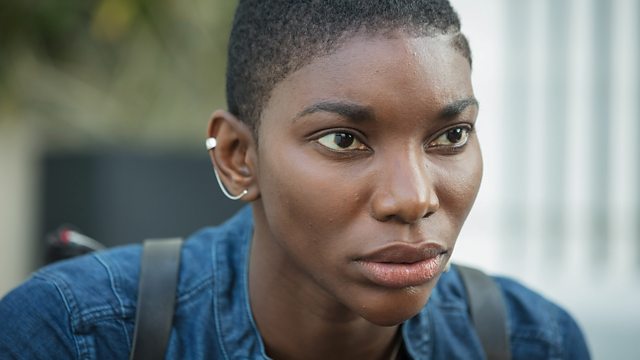 Black Earth Rising, initially known as The Forgiving Earth back in 2017 when it started production, is based on war criminals and their prosecution. It is written by BAFTA-winner Hugo Blick who also serves as the director of the series. The poltical and dramatic thriller takes place after the Rwandan genocide and focuses on the lives of British legal investigator, Kate Ashby and her adoptive mother and human rights lawyer, Eve Ashby.

Black Earth Rising is jointly produced by BBC Two and Netflix, having premiered on September 10, 2018, in the UK on BBC Two and on January 25, 2019, worldwide on Netflix. Some of its filming took place in Sevenoaks, Kent, and it was reported that Mark Milsome who served as the camera operator for the series got murdered during a shooting sequence in Ghana.

Black Earth Rising Cast: Who is in it?

Black Earth Rising stars Michaela Coel, John Goodman, and Harriet Walter in the central roles of Kate Ashby, Michael Ennis, and Eve Ashby. 28-year Kate who was born in Rwanda moves to Britain after being rescued by Eve who then adopts her. She is portrayed as an angsty rebel as is apparent from her irregular bursts of rage that she showcases from time to time. Michael, the divorced employer of Kate is a famed barrister in the UK. Simon Nyamoya, who helped end the Rwandan Genocide, is played by Danny Sapani. The storyline is supported by several other characters played by prominent actors such as Tamara Tunie in the role of Eunice Clayton, Noma Dumezweni playing Alice Munezero, an official in the Rwandan Patriotic Army, Tyrone Huggins as Patrice Ganimana, an aid in Rwandan Genocide, and Abena Ayivor as Bibi Mundanzi, the astonishingly-loved and revered president of Rwanda, among others.

Black Earth Rising Plot: What is it about?

Black Earth Rising focus on the frightful aftermath of the Rwandan genocide and one of its survivors, Kate Ashby who is a legal investigator in the same London law chambers as her adoptive mother, Eve Ashby, a human rights lawyer on the international platform. Kate works under the leadership of Michael Ennis, a world-renowned international lawyer. Michael and Kate’s life takes a drastic turn when her mother takes on the case of an infamous African militia leader, Simon Nyamoya extradited to the International Criminal Court for unforgivable crimes against humanity. Kate is still reeling from the horrific events of the genocide, and her mother proceeds with prosecuting the Rwandan general-turned-mercenary who was once celebrated for his efforts to end the genocide in the Democratic Republic of Congo. She already shares a strained equation with her mother and pleads with her to give up the prosecution case of the man who in her eyes is a crucial figure responsible for the end of the Rwandan massacre.

For Michaela Coel, the experience of playing Kate Ashby, a character she deeply connects to, meant coming face to face with the personal and historical trauma she’d been through. She said, “[Kate] thinks she’s one thing, and she has to change the narrative and learn a new way of empathy. I’ve had to learn a new way of empathy, and I don’t know if everybody is into that.”

Apparently, it took Coel over a year after the series had completed filming to come to terms with how educative playing Kate was for her. The actress was reportedly in tears while she recounted her experience. She said, “I’m very much like her in a lot of ways in that I sometimes am not aware of my own trauma, so [I focus on] a wider thing: race, politics, war, TV, subconscious bias, prejudice, colorism, and kind of, We’ve got to sort this out! We’ve got to! It’s a way of not looking at you, maybe because you’re not aware. She continued, “I realized you can chase people for doing bad things, but while you do that, you have to realize there’s probably someone running after you. You are not just a victim. I had to learn this. Once I found the ignorance and complicity in myself, the thoughtlessness that I have, I began to see other people who I saw as thoughtless or [blamed] for things, I saw the common threat. I’ve had to see things through two lenses at the same time and go, There’s good and bad in everything and everyone.”

A glowing 5-star rated review by the Guardian (which also named it on #8 on their list of Best TV Shows of 2018) read, “Black Earth Rising offers more than ratings-grabbing popcorn thrills. It flings an enormous cast of characters into a series of desperately combustible situations, and it demands that you keep up. It is, potentially, quite brilliant.”

Black Earth Rising Season 2 Release Date: When will it premiere?

Black Earth Rising ran from September 10, 2018, to October 29, 2018, on BBC Two. It became available for streaming on Netflix three months later. Black Earth Rising was designed as a limited series from the start but ever since Big Little Lies changed the game for miniseries by getting a renewal for further seasons, there’s new hope tied to the format. Writer and director Hugo Blick has, however, been known to associate with one-offs only in the past and this might suggest that Black Earth Rising will remain limited in its airing as was promoted back in 2018 during its premiere.

Although the series leaves no loose ends to give shape to another season and is rather satisfying in its conclusion, impressive international viewing figures have been recorded during its run which might sway BBC’s decision to renew it for season 2. There is a likelihood, however slim it may be, that Black Earth Rising will be renewed for season 2 and release sometime in Q1 2020. Keep an eye out on us for the latest bits!

Since there is no news on the renewal of season 2, while you wait for official announcements, you can stream it online anytime you want on Netflix. A good start would be the official trailer for the first season, which you can watch below: