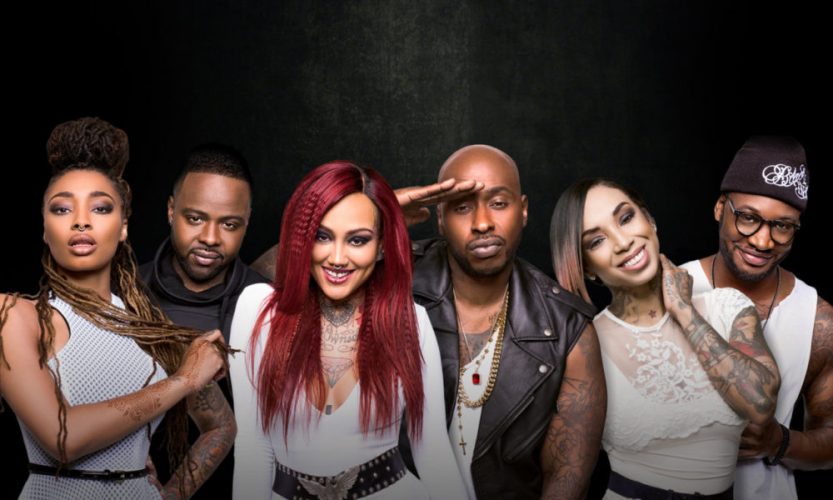 Black Ink Crew is a reality television series that airs in America on VH1. It is one of those shows that take you up, close and personal into the running of their businesses. These shows have exploded in the last couple of decades. There are many more shows that are running on a similar paradigm including Pawn Stars, Baggage Battles, American Restoration, Counting Cars, Duck Dynasty, Storage Wars and many more. It premiered on January 7, 2013, and covers the daily ongoings of an African-American operated tattoo shop in Harlem, New York. This show gave birth to a spinoff Black Ink Crew: Chicago which debuted on October 26th,2015. After completing six successful seasons, the series was then renewed for the seventh season which premiered on September 19, 2018. It is bold, fiery with lots of drama.

Black Ink Crew Season 8 Cast: Who is in it?

There are a couple of steady members and a few recurring ones. All of these members of the crew have now become household names.

David Emanuel a.k.a “Ceaser” (Season 1–present) is the owner and creator of Black Ink (113th, 126th, Atlanta and New Orleans) and he is the Dutchess’s ex-fiancée. JaKeita  Days a.k.a “Sky” (Season 3–present, recurring in seasons 1–2) is the former manager of Black Ink Atlanta. He is also Ceaser’s best friend to whom he jokingly refers to as his “sister”, Sky is also Teddy’s ex-fiancé. Teddy currently owns a clothing boutique in Miami called Her Little Secret.

Black Ink Crew Season 8 Plot: What is it about?

Black ink Crew covers the daily on-goings of a well-known tattoo parlour and the associated drama in Harlem New York where a group of extremely talented but dysfunctional staff of tattoo artists serves a multiplying clientele consisting of famous names. The shop is a preferred spot for hip hop artists, pro athletes, video vixens and who’s who of the urban elite. The owner and creator of Black Ink Ceaser Emanuel have managed to turn the business into one of New York well-known hotspot for fresh ink. His crew comprises of some of his very close friends. They are fiery, quick-witted and extremely vocal.

When asked Ceaser about his love for tattoos and his first memory of them he said, ”My love for tattoos first came when I was like around sixteen when I got my first tattoo. I was just in love with it. It was something that was just totally different and made you unique. And all my friends at the time, I used to hang out with a lot of older dudes, and all of them had tattoos. I used to be like, “You know, I gotta get tattooed. I gotta be tattooed. It just looks so cool.” And I always used to see the guys in the foreign cars with the tattoos and the nice women, so I always said, “I need to have tattoos,” and one thing led to the next… and I just loved it so much, I started doing ’em.” Ceaser grew up in a place that birthed hip hop and graffiti. The era and the place inspired him to become an artist.

The ratings of the show are huge, and it is a competition for other big shows as well. Black Ink Crew falls right behind the Kardashian show in the race of ratings. The Black Ink cast believes in never being stagnant, they like pushing the limits, whether it is their art or life. They are firm believers that as artists they should never get too comfortable. The more comfortable you get, the less likely it is that you will try something new. This is the perspective that made them and their tattoos really famous.

Black Ink Crew Season 8 Release Date: When will it premiere?

There has been no confirmed news so far for the upcoming season of this show. However, Ceaser revealed in an interview that he is planning on franchising his business so there is a good chance that the show might get bigger and better with a lot more interesting characters and loads more drama. Stay tuned, and we will be updating an air date soon enough.

As there have been no confirmed reports on the upcoming season yet, there are no teasers or trailers available, but you can get a glimpse of the fiery drama you expect from this show below.