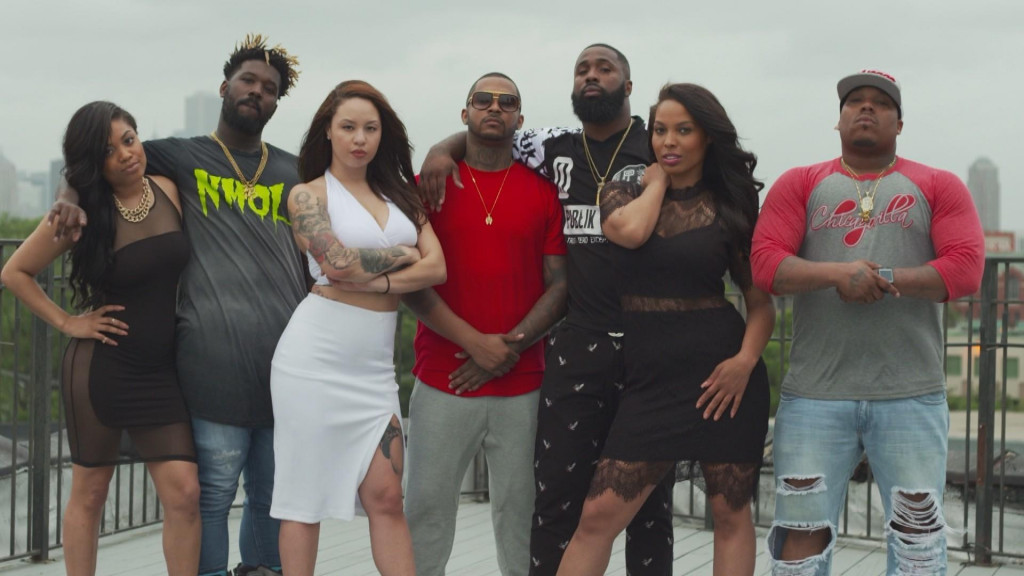 The show has had five successful seasons so far. But will there be a Black Ink Crew Chicago season 6? Let’s find out.

Black Ink Crew: Chicago season 5 premiered on January 2, 2019, on VH1. The show has been a relatively moderate success and that’s why VH1 went ahead and renewed the show.

Black Ink Crew season 6 is all set to release on December 4, 2019. It is expected to air for around 20 episodes. So, sit back and enjoy all the fun that this show is.

Liliana Barrios (Tattoo Artist) got promoted from her recurring status in season 4 while Danielle Jamison (Receptionist) assumed his role as a recurring member in season 5. The series sees appearances from several guest actors from time to time. Since it is a reality show, girlfriends, boyfriends, family members and other relatives of the main cast are featured in various episodes depending on the timeline of their relationships with the respective actors.

Rachel Leigh, Ryan’s ex-girlfriend with whom he has a son, ended their on-and-off high school relationship during the hiatus of season 5, with Rachel citing Henry’s affair with Katrina Jackson (quite after season 3) during season 2 as the source of her trust issues. Henry said, “Rachel and I have been together on-and-off since high school. I tried what I thought was my hardest to make it work. But when you’re putting toxic s–t into your relationship all you really doing is making each other suffer more.”

Black Ink Crew: Chicago Plot: What is it about?

Black Ink Crew: Chicago follows the crew of 9MAG as they struggle to keep their personal lives at bay while working at the tattoo shop in Chicago, Illinois. Despite their commitments at 9MAG, each has a dream of his own; Phor has a passion for music and dreams of being on stage, Don aspires to be an actor, Charmaine has a radio show and is enthusiastic about acting, and so on.

In the fifth season of Black Ink Crew: Chicago, we see Ryan back in control of the shop, and with him, he brings a fresh vision. Lilly decides to call it quits from working at the tattoo shop. Don and Char are still reeling from the hurt caused by Ryan, and Van finds it difficult to forgive him for what he did. Phor finds herself caught in the feud and enters a depression. Ryan apologizes for his behaviour. Van hesitates at first but eventually forgives him. Ryan introduces new tattoo artists to the shop which may or may not go down well with the original crew of 9MAG.

There is ample drama doing the rounds at the tattoo shop what with Bella having a pregnancy scare, Junior and Charmaine being pulled over by the cops, Van showing up drunk to his own wedding with Jenn, Lilliana’s unrelenting racist behaviour and Charmaine getting an earful from her mother about Neek.

Charmaine revealed in an interview that she is open to starting a family with Neek, but there is still a long way to go. She said, “I’m very open when it comes to my storyline on Black Ink Crew: Chicago. He’s a great boyfriend. I can tell he is really focused on the right things that I would want in a relationship. Yes, I’d love to have a family, but I realize that now is not the time. I’m achieving so many things right now and have so much more hard work to put in. I’ll wait on marriage.”

The fifth season also has the crew wondering whether Ryan and Rachel will ever get back together again. Ryan has big plans for 9MAG and assigns someone else in charge of the old shop as he pursues his new professional venture. He throws a grand party celebrating the launch of his new 9MAG. He said, “The new shop has been my main focus for this past year, and I’m getting ready to open the doors. I’m excited because I’ve given my all for this new venture. My staff and I have been putting in a lot of work, and I can’t wait to present it to my clients and fans.”

Here’s the season 6 trailer to get you excited.