When Will Black Ink Crew Compton Season 2 Premiere on VH1? 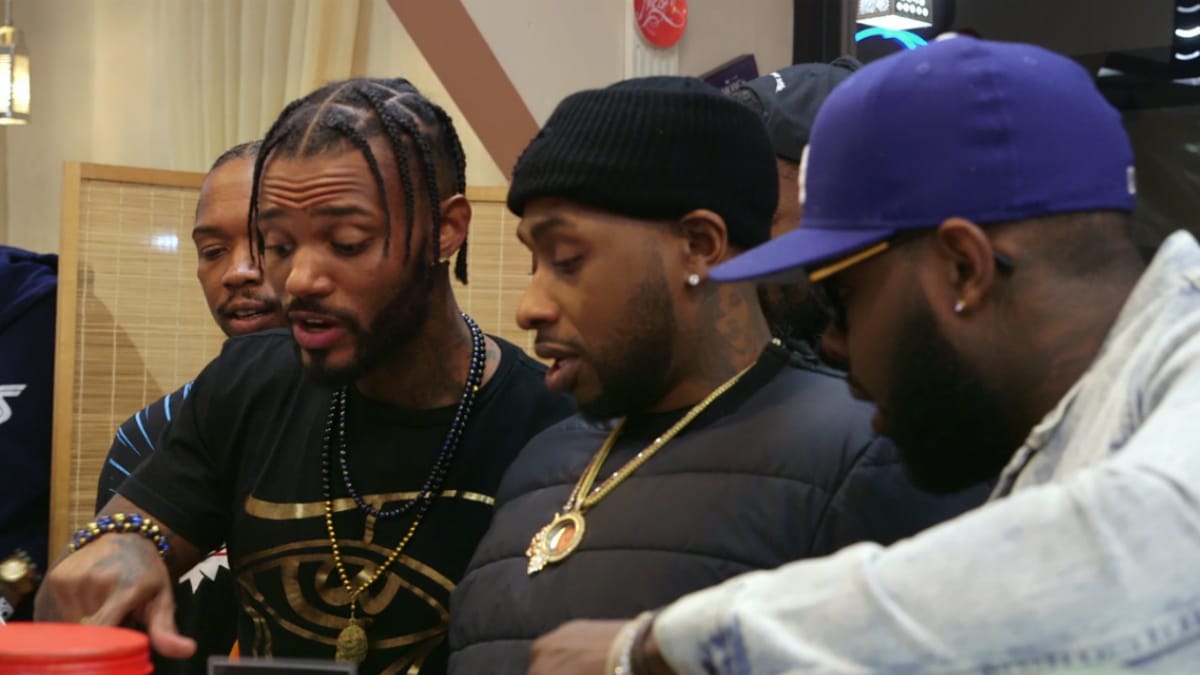 VH1, the ultimate destination for reality drama, broke all records when it launched its tattoo-centric show, ‘Black Ink Crew‘, way back in 2013. It follows the regular activities and staff interactions in an African-American owned tattoo shop in Harlem, New York. Owing to its massive popularity, it was soon developed into a spinoff, ‘Black Ink Crew: Chicago’, which premiered on October 26, 2015. In 2019, ‘Black Ink Crew: Crompton’ become the third addition to the ‘Ink’ franchise.

The first season of the show was expectedly well received. Here’s everything we know about Black Ink Crew Compton season 2.

Black Ink Crew: Compton Cast: Who is in it?

‘Black Ink Crew: Compton’ is centered around IAM Compton (Crompton’s first-ever tattoo shop) and KP (a celebrity tattoo artist and Kyla Pratt’s boyfriend). KP is an elite professional whose high-end clientele includes prominent personalities such as Diddy and Taraji P. Henson. He is also IAM’s founder and the self-proclaimed “Prince of Compton”, who holds a deep-rooted passion for his artistry and has “IAMCrompton” inked on his skin.

Joining him in his dream team are a group of talented tattoo artists, friends and new arrivals, who form a trustworthy crew that runs the shop. The individuals are Lemeir, Nessie, Ink Drippin, Vudu Dahl, Tim, and Barbie.

Lemeir is a Philadelphia native and has grown up facing the challenges of a rough neighborhood. Street savvy and skilled, he knows how to make his way in the market. He has also launched a food truck called “Happy Ice,” that has a huge fan following of die-hard foodies. He has the all-time support of his high school sweetheart, Danielle.

Nessie, a tattooist, lyricist, and muralist, is also from Philadelphia and Lemeir’s friend. She wants to make it big in the tattoo industry, which is mostly dominated by men. On the other hand, Ink Drippin is from Compton itself and is a ladies man as well as a talented and free-spirited lothario. Deep down, he is a good soul and has returned to his hometown to tend to his sick mother and reconnect with his estranged father.

Vudu Dahl, a young apprentice and genius in the world of tattooing, is kind of a stranger to the outer society. She was raised in a religious community and was also exposed to drug usage and alcohol intake. However, she used her intrinsic artistry to let go of her addictions. Tim is IAM’s manager, KP’s relative, and right-hand man to the operation. He has always protected KP from his young days — starting from the football field to the streets and then business.

Barbie, the sassy, stylish, and classy receptionist, is a survivor of gun violence and domestic abuse. She understands how things work and never allows anything to pull her back.

Most of the above cast members are expected to return for season 2.

Black Ink Crew: Compton Plot: What is it about?

‘Black Ink Crew: Compton’ follows the crew at IAM Crompton, located in a small town in California. The show takes influence from the rich musical culture and iconic street art from the area. KP and his team aim to bring their contributions to the community through their creative artistry. They wish to usher in a new wave of change while also creating a “safe zone” in the city. KP’s team members are not only his trusted colleagues but they also form a part of his family. Known as “a crew among gangs,” they want to start a movement in Compton, by collaborating with the region’s talent, passion, and heritage. The team wants to paint a picture of the city, that is way above stereotypes and instead, embraces its rich history.

You can check out the official trailer and previous episodes of season 1 on show’s official website.