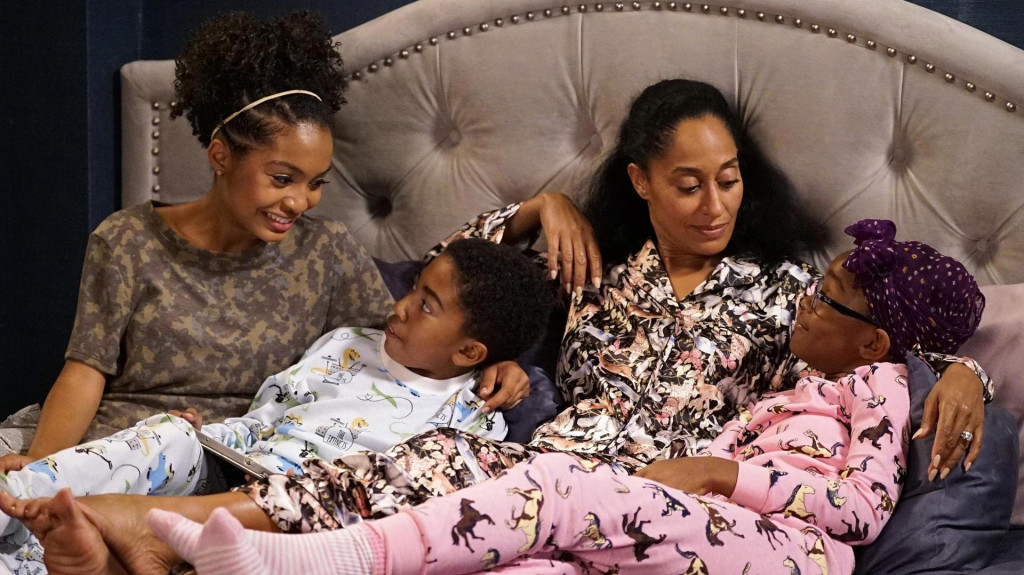 ‘Black-ish’ returned after a mid-season hiatus this month and is back on its weekly schedule. Currently in its sixth season, the show has been revolutionary in every right. For starters, according to The Guardian, it focuses on family who do not ““happen to be black” but [are] a family who are black.””

The sitcom revolves around Dre, a successful executive and his African-American family. Despite his success, he finds it regularly challenging to get his family to mingle with the neighbors and on a larger scale, find his place in society. This leads to some standard sitcom squabbles that form the conflict in the self-sustained narrative for each episode.

The success of the show has led to several spin-offs including ‘Mixed-ish’ which is about a mixed-race family and ‘Grown-ish’ which centers on adulthood. ‘Black-ish’ and its spin-offs have been acclaimed for their portrayal of colored families, diverse characters and direct approach to confronting race-related issues.

Black-ish Season Six Episode 12 Release Date: When Will it Premiere?

The next episode of ‘Black-ish’ will air on January 14, 2020 at 9: 30/8: 30c on ABC. It is the twelfth episode in the sixth season and is titled ‘Boss Daddy,’ returning a week after the eleventh episode which served to be the mid-season premiere.

New Release: Dre Is Torn at Work Between Looking Out for Junior or Letting Him Make His Own Mistakes on an All-New Episode of @blackishabc, Tuesday, Jan. 14 #blackish #ABCPublicity https://t.co/mzHMdMuF02

The series follows a weekly format with a new episode being aired every Tuesday.

You can watch the twelfth episode of the sixth season of ‘Black-ish’ by tuning into ABC during the time-slot given above.  However, there are ways to watch the show online as well. If you have a Hulu subscription, you can watch the show on that streaming platform. Check it out here. Moreover, with a Hulu + Live TV subscription, you can also stream the episode live on your laptop or phone screen. The show is also available on YouTube Live TV.

Another place to watch the episode would be ABC’s official app or website which requires a cable provider login.

The eleventh episode of the sixth season of ‘Black-ish’ is titled ‘Hair Day’ and tackles the issue of African-American female hair and identity. The episode focuses on Bow taking Diane to a hair salon and using that as a bonding opportunity while Dre and Junior compete with each other for the best barbecue.

Staying true to show’s most characteristic feature, this episode tackles real issues related to race and identity. For instance, the episode takes a turn when Diane announces to Bow that she wants to get straight hair as opposed to her natural coils. Bow calls her mother and her stylist to assist her in making Dianne see the beauty of her hair. But charmingly, the conflict ends with an important message: of being comfortable with oneself regardless of the race or any perceived beauty standards arising out of stereotyped hair styles.

The episode was particularly revered for directly tackling a common but important social issue that African-American women face. Several viewers even took to twitter to express their appreciation.

Wow, where was this episode when I was growing up 😭#Blackish