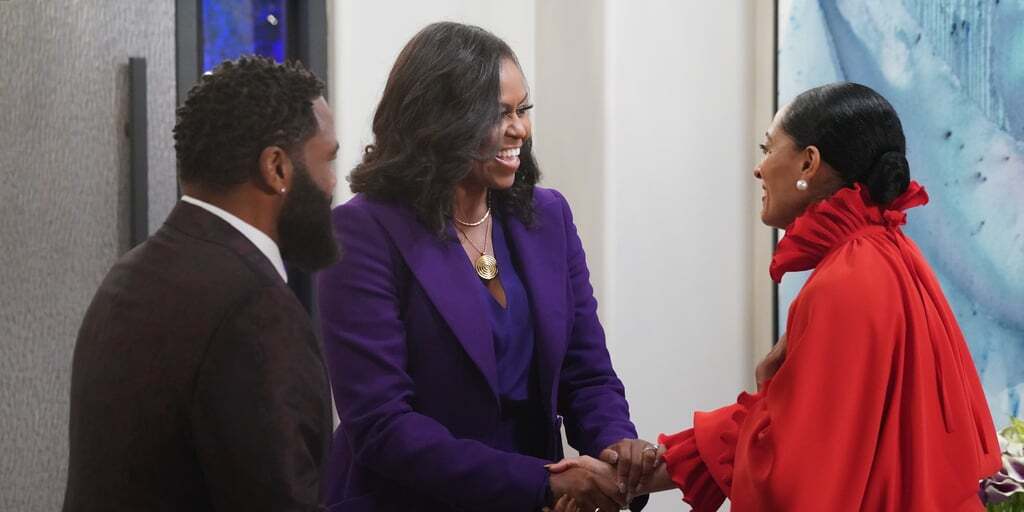 ‘Black-ish’ season 8 is just around the corner, and we’re excited to see Dre and Bow entertain us with new stories. Family man Dre will continue to preserve his cultural identity while teaching his kids not to conform to modern standards of living. The premiere of season 8 will introduce a surprising twist as a famous Black personality lands in what is initially considered to be a boring fundraising event. If you want to know more about it, we have you covered!

‘Black-ish’ season 8 episode 1 is scheduled to air on January 4, 2022, at 9:30 pm ET on ABC. New episodes are slated to release weekly on Tuesdays, and each episode has an approximate runtime of 22 minutes.

You can catch the latest episodes of ‘Black-ish’ season 8 as they air by tuning in to ABC at the timeslot mentioned above. You also have the option to watch the episodes on ABC’s official website or the ABC app. All you need is a valid cable provider’s login. Additionally, you can stream the show live on Hulu+Live TV, YouTube TV, Sling TV, Xfinity, DirecTV, and Fubo TV.

Shortly after the TV broadcast, the latest episodes are added to Hulu’s library. Hence, you can watch the series on the streamer right here. However, if you want to catch up with the already released episodes, you can stream them on-demand on Amazon Prime Video, iTunes, Microsoft Store, Vudu, Spectrum, and Google Play.

‘Black-ish’ season 8 episode 1 is titled ‘That’s What Friends Are For.’ In the season 8 premiere, Bow will be hell-bent on sending Dre to a fundraising event as a strategy to make more friends. However, Dre will be convinced that there might not be interesting personalities to befriend at the event. Unbeknownst to him, the special guest for the evening is Michelle Obama! So, when he finds out the same, he will possibly be looking forward to one of the best moments of his life.

Throughout the course of seven seasons, we have seen the Johnson family experience significant changes both on an individual level and as a unit. Hence, the new edition will continue to document such events in their lives, which could lead to a satisfying conclusion of the story. Here’s a short promo for the show’s final season!

The eighth season will feature familiar faces from the previous editions, including Anthony Anderson, who portrays Andre “Dre” Johnson. Dre is a wealthy Black man who wants his family to preserve their culture despite being brought up in a contemporary suburban neighborhood. Tracee Ellis Ross will be back as Rainbow “Bow” Johnson, Andre’s wife. Marcus Scribner, Miles Brown, and Marsai Martin are expected to return as Dre and Bow’s three children –  Andre “Junior” Johnson Jr., Jackson “Jack” Johnson, and Diane Johnson. Jenifer Lewis will be back as Ruby Johnson, Andre’s mother.

Other main actors who will return include Katlyn Nichol (Olivia Lockhart), Jeff Meacham (Josh Oppenhol), Peter MacKenzie (Leslie Stevens), and Deon Cole (Charlie Telphy). It is to be noted that former First Lady Michelle Obama will appear as a guest star in the season 8 premiere. Moreover, Yara Shahidi is returning to portray Zoey Johnson – Dre and Bow’s oldest daughter – in a guest role.