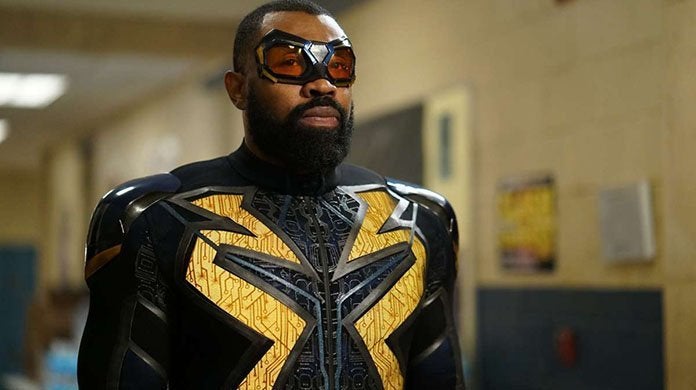 ‘Black Lightning‘ is yet another show that builds DC’s ‘Arrowverse’ on television. Much like Netflix’s now-canceled ‘Luke Cage‘, ‘Black Lightning’ deals with a black superhero and the representational politics that comes with it. The premise of the show is centered around Jefferson Pierce, a high school principal who has retired from his superhero life.

The man who used to be Black Lightning hung up his cape after he realized what this job was doing to his family. However, his old life calls him back when he sees the rise of a local gang The 100. Led by Tobias Whale, this unruly group causes a rise in crime and corruption in Freeland, Pierce’s community, leaving him no choice but to become a vigilante once more.

The show is currently on Season 3 and you might be wondering about what goes down in the most recent episode of ‘Black Lightning’. We are here to tell you that, right after walking you through when and where to watch the upcoming episode.

Next week’s episode is a continuation of this week’s episode, and is accordingly titled “The Book of Markovia: Chapter Two”. Jefferson, Anissa, and Jennifer realize that the ASA is hunting the entire Pierce family, while Lynn does something unthinkable.

‘Black Lightning’ is on The CW, so the easiest way to see it is with a cable subscription. If you don’t have one, you can always head to The CW app or site, and stream the episodes. Cord cutters can opt to use Fubo TV, which offers a free trial period before charging you for the services.

If you’re using Amazon Prime, you can buy and stream the latest episodes. Netflix users have the option to watch the previous two seasons of the show.

You can check out the promo for the upcoming ‘Black Lightning’ episode below. It appears that the Pierce family will have to band together as sinister forces plan to take them out, permanently.

Episode 10 starts with Black Lightning flying back to Freeland, trying to connect with Gambi. He explains how he had flown to another dimension, and fanboys about Superman being real. There is no response from Gambi, and soon our attention shifts to Jennifer, who seems determined to stop Odell, and not become the evil version of herself. Once they find Gambi, we are given some information about what happened during the Crisis (as seen in the Crisis on Infinite Earths episodes).

Meanwhile, Blackbird is in a fair bit of trouble as the ASA is poised to ambush her in the tunnels. However, she confronts them, and makes quick work of the foes, till Black Lightning arrives. This is when severe tremors are felt, and it appears that an earthquake is taking place. However, the heroes rightly surmise that the ASA might be behind it. They execute a coordinated plan to deal with the immediate problem.

With the ASA’s never-ending nefariousness, the Resistance has their hands full. There is a little tiff between Blackbird and Black Lightning when the former resents the latter trying to take charge. However, they act together to save the kids from being taken to the Pit. Ultimately, Jennifer does confront Odell, but it turns out to be a hologram. The message is clear that it is not over.

Undoubtedly, the upcoming episode will see the action heating up as the Resistance tries to put a stop to the ASA completely.