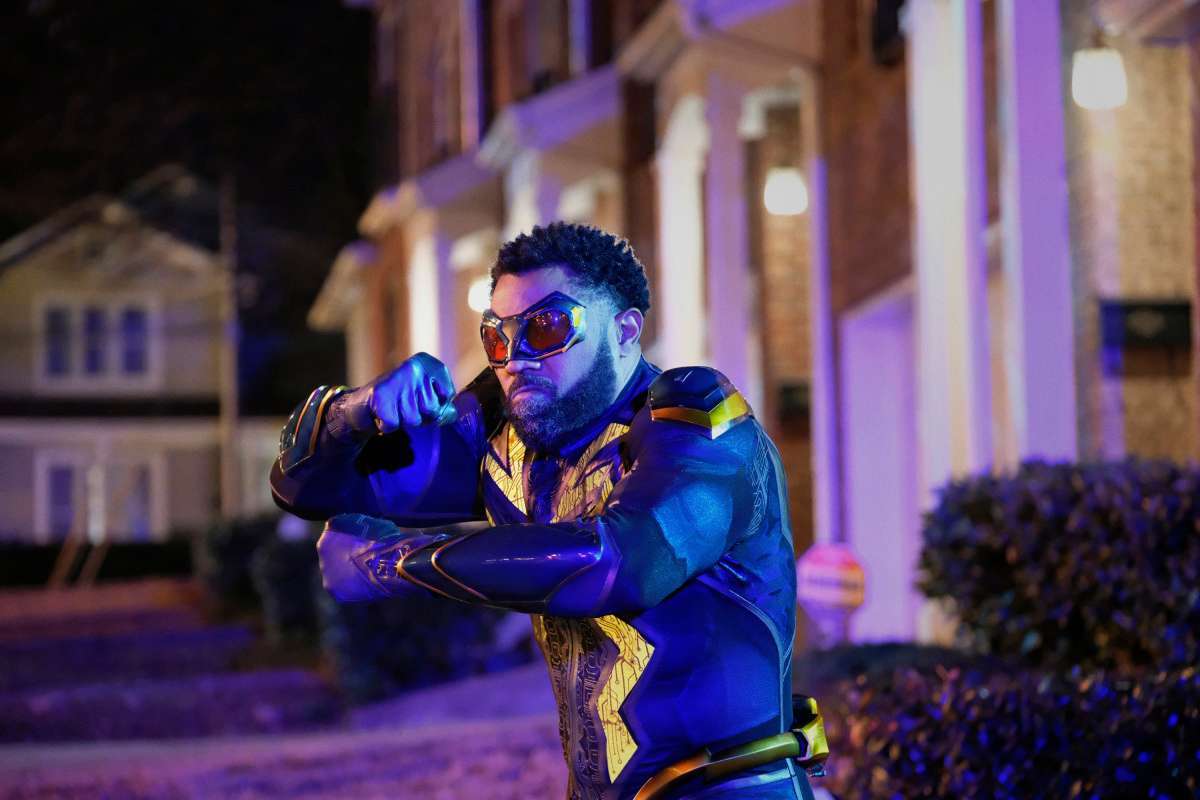 ‘Black Lightning’ season 4 episode 6, deals with last week’s shocking cliff-hanger and provides viewers with more answers regarding Jennifer’s resurrection. Tobias Whale moves his plan into the next phase, further pushing Freeland down a dark path, and there’s a new foe for the Pierce family to deal with, whose arrival raises more questions than answers. But before discussing the details of the latest episode in the recap section, let’s take a look at what we can expect from ‘Black Lightning’ season 4 episode 7.

‘Black Lightning’ season 4 is currently on a hiatus, and episode 7 is scheduled to release on April 12, 2021, at 9 pm ET on The CW. The fourth and final season consists of 13 episodes with a 40-45 minutes runtime each, and new episodes air every Monday on the network.

The easiest way to watch ‘Black Lightning’ season 4 episode 7 is to catch it on your TV sets when it airs on The CW on the aforementioned date and time. You can alternatively choose to stream the upcoming episode on The CW’s official website or mobile app, where the episodes are available a day after their premiere on cable. Those without active cable/satellite TV subscriptions can stream the new episode on live TV platforms such as Xfinity, Youtube TV, FuboTV, Apple TV, and DirecTV.  New episodes (as well as older episodes) of the series can be purchased on-demand on Microsoft Store, Google Play, iTunes, Vudu, and Amazon Prime. The first three seasons are also available on Netflix, in case you’re looking to rewatch.

The seventh episode of ‘Black Lightning’ season 4, titled ‘Painkiller,’ will serve as a backdoor pilot for a proposed spin-off show featuring the character of Khalil Payne/ Painkiller, who fans were first introduced to as Jennifer’s ex-boyfriend way back in season 2. The character’s transformation into Painkiller saw him act as a villain. Still, the next episode will likely set up a redemption path for the young meta-human and redefine the character as an anti-hero, if not an outright hero. You can check out the promo for the episode below.

In the sixth episode of ‘Black Lightning’ season 4, titled ‘The Book of Ruin: Chapter Two: Theseus’ Ship,’ the Pierce family deals with Jennifer’s change in appearance after the particle condenser put her together, but no one really knows how to address the situation. Jennifer gives herself the nickname JJ. Jeff and Lynn’s relationship reaches a boiling point after Jeff forces Lynn to create a meta-booster from Val’s blood.

While investigating the mayor’s murder, Jeff finds out that the bullet used to kill the mayor was magnetized, meaning the bullet wasn’t fired from a gun but controlled by a meta-human. Jeff suits up as Black Lightning and learns from detective Shakur that the captain is issuing no-knock warrants to hunt down the city’s meta-humans. Shakur pleads to Black Lightning that the city needs his help, and Jeff confirms that Black Lightning has finally returned and is here to stay. Tobias Whale holds a press conference to launch the next-gen DEG. He also announces he is going to run for the recently vacated position of Freeland’s Mayor.

Anissa reveals to her family that she’s married to Grace and plans to spend some time with Grace away from the chaos in Freeland. LaLa ambushes Destiny, but she is saved at the last moment by a ninja assassin. It turns out that the person she is seen contacting in the previous episode is the ninja known as Ishmael. Ishmael has a personal agenda of getting accepted into the League of Assassins, for which he must kill 100 meta-humans. He is four metas shy of the total, and Destiny tells him to target Black Lightning, Lightning, Thunder, and Wylde.