Black Lightning Season 5: Everything We Know 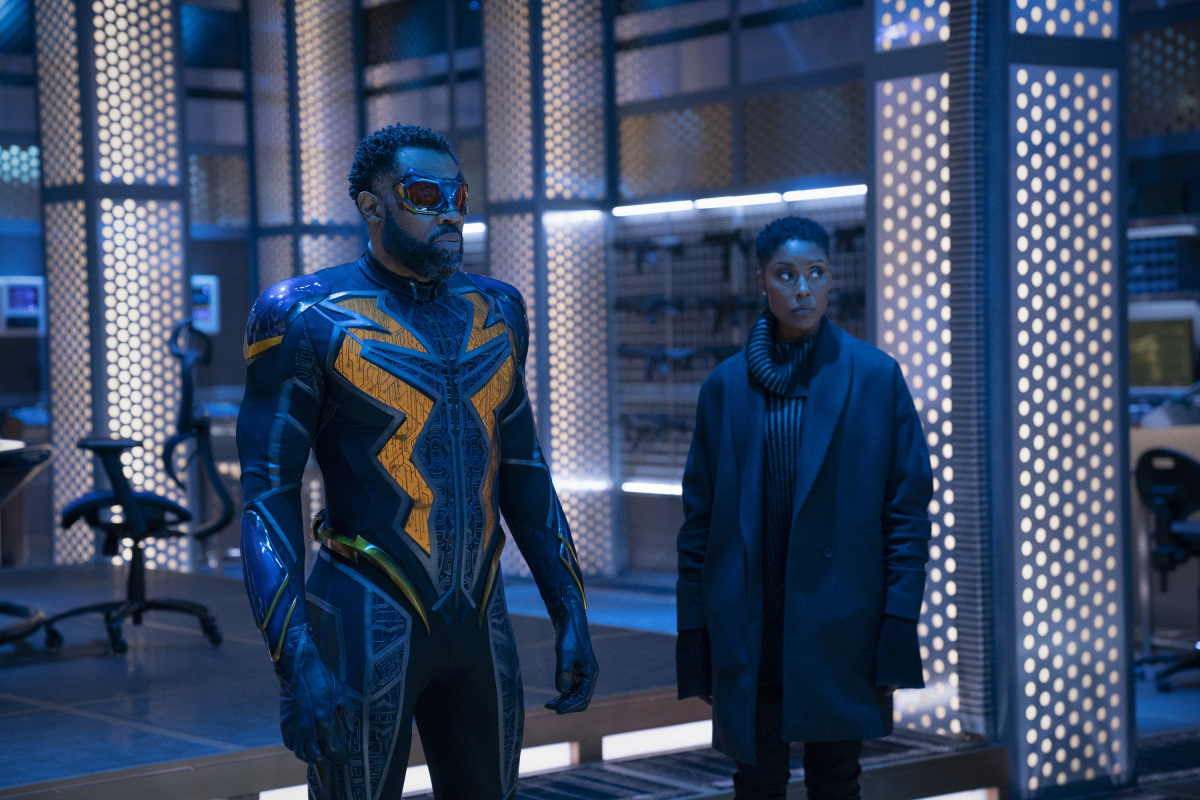 ‘Black Lightning‘ is a superhero series based on the eponymous DC Comics character created by Tony Isabella with Trevor Von Eeden. Developed for the screen by Salim Akil, it stars Cress Williams as Jefferson Pierce, a retired Black superhero who returns to action after his neighborhood is overrun with criminal activities. The series first premiered on January 16, 2018.

Over four seasons, the show has received a fairly positive reception from critics. While not as popular as other superhero shows within the ‘Arrowverse,’ it developed a dedicated fan base that has been invested in Jefferson Pierce and his family’s fight for justice. Naturally, fans must be awaiting news about the fifth season of the beloved show. In that case, we’ve got you covered. Here’s all we know about ‘Black Lightning’ season 5.

As for a fifth season, the news is rather disheartening. On January 7, 2020, the series was renewed by The CW for a fourth season. Nearly a year later, on November 20, 2020, the network announced that season 4 would be the show’s final season. The news came as a shock for everyone, especially since it was renewed for season 4 well in advance of its season 3 finale. No specific reason behind axing the show has been given, but the declining ratings were likely a dominant factor in the decision. The season 4 finale titled ‘The Book of Resurrection: Chapter Two: Closure’ also serves as the series finale.

Creator Salim Akil released a statement addressing the show reaching its conclusion. He said, “I’m incredibly proud of the work we’ve been able to do and the moments we’ve been able to create in bringing DC’s first African-American family of superheroes to life for the culture.” The fourth and final season also saw the exit of actress China Anne McClain (Jennifer Pierce/Lightning) after the first few episodes of season 4. She was replaced by Laura Kariuki for the remaining episodes.

The journey of the Pierce family has been nothing short of fascinating, and the series satisfyingly wraps up the arcs of most of its major characters. The final season takes Jefferson to new lows, and the titular hero has to put everything on the line to stop the villainous Tobias Whale (Marvin Jones III). In an interview with the EW, Jones III said that he was very satisfied with the show’s ending. “I don’t think [any] viewer would be disappointed in how we’re wrapping this up,” Jone III said. The actor also penned a heartfelt note for fans and spoke fondly of his time on the show through an Instagram post.

The Pierce family and their friends have provided the viewers a sense of hope with powerful stories that voice the social, cultural, and political issues faced by regular people. In addition, it serves as a mirror that helps the viewers learn the nuances of morality, driving them to make the right decisions in life. Therefore, the series will be greatly missed and cherished by those like us whose hearts it has touched.

However, it is possible we haven’t seen the last of some of the show’s characters. A spin-off series titled ‘Painkiller’ focusing on Jordan Calloway’s character Khalil Payne/Painkiller is in development. “While Season Four may be the end of one journey, I’m extremely excited to usher in a new chapter and continued collaboration with The CW as we tell the story of Painkiller,” Akil said in a statement. Episode 7 of season 4 serves as a backdoor pilot for the spin-off, which is yet to receive a series order. So, for now, we bid farewell to our favorite characters from ‘Black Lightning’ and find comfort in the possibility of revisiting them soon.