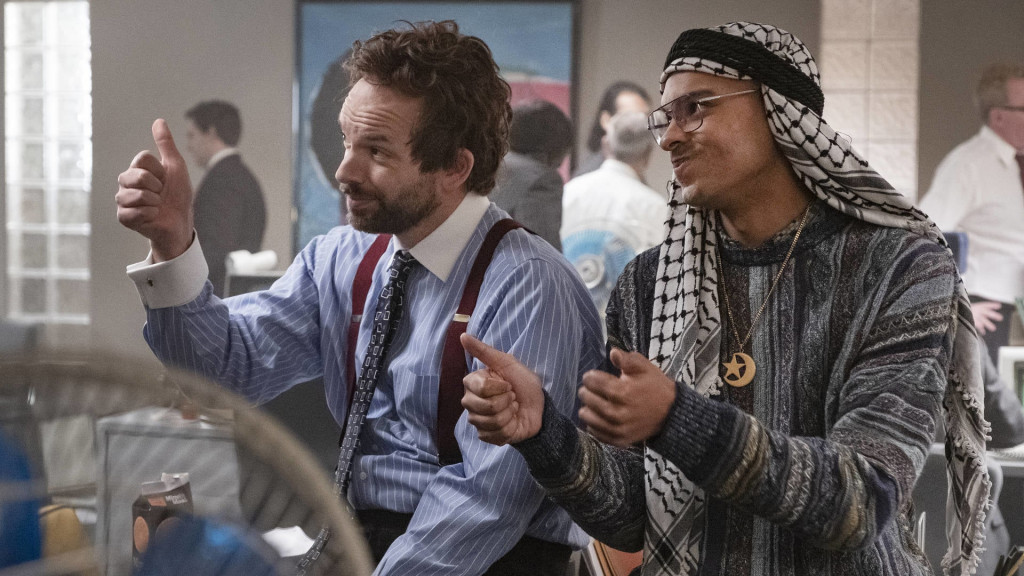 Black Monday is a comedy show created by Jordan Cahan and David Caspe that airs on Showtime. The show first premiered on 20 January 2019. Point Grey Pictures and Sony Pictures Television serve as the lead production companies of the show.

The show centers around The Jammer Group, a second-tier Wall Street trading firm, and its employees. This show is not based on a true story, but it takes us back in time to 1987 to a stock market crash that would go on to be one of the biggest collapses in the entire history of Wall Street.

Black Monday has a charismatic lead starcast in Don Cheadle, Paul Scheer, Andrew Rannells and Regina Hall. Though, despite the big names attached to the show, Black Monday has had a mixed response from critics. Rolling Stone critic, Alen Sepinwall, had this to say about the show: “The series generates some laughs out its own self-awareness, as well as the sheer energy of stars Don Cheadle, Hall and Andrew Rannells. But those jokes ultimately undercut any attempt to take the characters and their story seriously.”

The series was supposedly conceived back in 2013 and was scheduled to be launched with the title Ball Street. Whatever the reasons behind it, the series was called off while in the developmental stage. Later, in 2017, Showtime ordered a pilot episode which was written by Cahan and Caspe, and directed by Evan Goldberg and Seth Rogen. Finally, on 14 June 2018, it was retitled as Black Monday after an order of 10 episodes was placed by the network.

Don Cheadle is all praise of the series which was not without its challenges. “It’s outrageous and satirical and at times poignant — we’re walking a line, clearly, and that’s always risky,” he said. “But, ultimately, if you’re going to try to do something, let’s try to do it in a new way.”

Black Monday Cast: Who is in it?

Don Cheadle, a major movie star in his own right, plays the lead role of Maurice Monroe in the show. Cheadle was among the first actors to be confirmed in the show. He is a globally recognized star for his work in the Marvel Cinematic Universe as James “Rhodey” Rhodes in Iron Man 3 (2013), Captain America: Civil War (2016), Iron Man 2 (2010), Avengers: Age of Ultron (2015) and Avengers: Infinity War (2018). He is expected to return in Avengers: Endgame (2019).

The second lead role is of Blair Pfaff, which is played by Andrew Rannells. Rannells was also confirmed alongside Cheadle when the pilot was announced.

Regina Hall plays Dawn Darcy in the show. Hall is well known for playing the lead role of Brenda Meeks in the Scary Movie film series (2000–2006). The talented actress also starred in Barbershop: The Next Cut as Angie and in When the Bough Breaks as Laura Taylor.

Paul Scheer plays Keith in the series. He is best known for doing a voice over of Master Thundering Rhino in Kung Fu Panda: Secrets of the Masters and as Paul Shaffer in A Futile and Stupid Gesture. The recurring team of the show is Kurt Braunohler as Ty Daverman, Casey Wilson as Tiff Georgina, Yassir Lester as Yassir X, among others.

Black Monday Plot: What is it about?

The comedy series takes back viewers to 19 October 1987, the infamous day that is recounted in history as the Black Monday. Wall Street witnessed its worst stock market crash on the fateful day. Till date, people aren’t aware of what caused it. The premise of the show is set in 1987 when “a group of outsiders took on the blue-blood, old-boys club of Wall Street and ended up crashing the world’s largest financial system, a Lamborghini limousine, Don Henley’s birthday party and the glass ceiling.” The series, with its amazing costumes and set design, truly has the 80s feels to it and with Don Cheadle in the lead as the pimping wall street playboy, it becomes even more outrageously funny. As the magazine Slate points out in its review, “When you’ve got a cast like Black Monday’s and dialogue like Black Monday’s and costumes like Black Monday’s, you should be able to forgive a story that isn’t quite as remarkable as it might think.”

Black Monday Season 2 Release Date: When will it premiere?

Black Monday season 1 premiered on 20 January 2019 on Showtime. As far as the next season goes, we have good news for the fans. On April 29, 2019, Showtime announced that the show has been renewed for a second season.

“Black Monday mines big comedy from the greed, the style, the music and the excess of the ’80s, but it’s also sneaky-smart in its social commentary about that era – and indirectly, our current era as well,” said Gary Levine, President of Entertainment at Showtime Networks. “We can’t wait to see what inspired depravity David and Jordan will cook up in Season 2.”

Given show’s immense popularity, renewal announcement isn’t much of a surprise. What will be interesting to see if the second season holds up the energy levels that we see in the first season. As far as the release date goes, our best guess is Black Monday season 2 should come out in January, 2020. We will update this section as soon as we hear more.

While we wait for an update on season 2, check out the season 1 trailer to refresh your memories. If you haven’t seen the show yet head over to Showtime to catch all the episodes of the previous season.