Bleeding Edge: Everything We Know 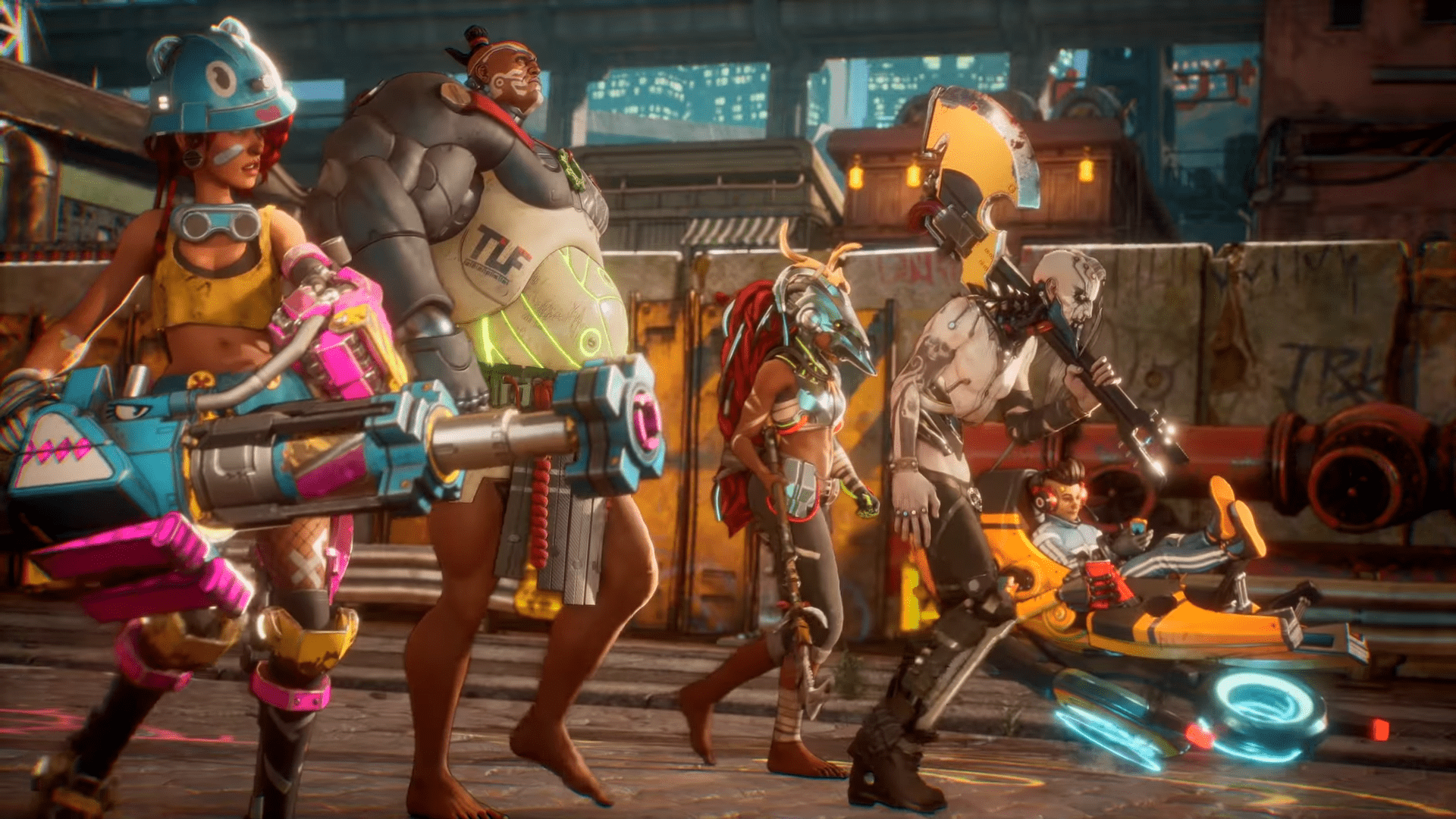 While video games have come up leaps and bounds in the last few years, with all new gameplay mechanics, genres and narrative techniques, on genre that has stayed relatively stagnant is the good old beat em up or melee brawler genre. Games about absurdly super powered characters facing off against each other mano a mano in a winner take all clash have been around since the early days of gaming, and they haven’t changed all that much since then.

UK based developer Ninja Theory is seeking to change that with their all new team based multiplayer combat brawler ‘Bleeding Edge’ that takes cues from the team based competitive multiplayer games of today to craft an entirely new combat experience. Read on to find out everything we know about ‘Bleeding Edge’.

‘Bleeding Edge’ is a third person multiplayer only beat em up game with a heavy focus on melee combat. Similar to popular brawler games such as ‘Tekken’ and ‘Mortal Kombat 11’, the game features a roster of 12 uniquely colorful characters, each with their own unique fighting styles, combat abilities and attacks, both melee and ranged. Currently, the characters already confirmed as part of the game include Daemon, Buttercup, Makutu, Maeve, Nidhoggr, Kulev, Gizmo, Miko, El Bastardo and Zero Cool.

The Steam page for the game describes it as follows: “Choose your fighter from a diverse cast of colorful characters from the edges of society: burn rubber as bold and beautiful Buttercup with her detachable saw blade arms, wreak havoc as Black-Metal rocker Niđhöggr with his electrifying guitar solos or slash up the streets as Daemon, New York’s most wanted assassin.”

The 12 characters will be divided into three class archetypes – Assassin (high damage output characters), Tank (characters with a high health pool and defensive abilities) and Support (characters with support abilities including heals and buffs). However, unlike many of the other popular brawler games, ‘Bleeding Edge’ is a multiplayer only game focused on four versus four battles. There is a heavy emphasis on synergy, both in team composition and in the combat gameplay. In some ways, the team synergy aspect of ‘Bleeding Edge’ is reminiscent of Blizzard’s uber popular First Person Shooter ‘Overwatch’, only with melee instead of guns.

Each character will also feature three unique abilities that can be unleashed when a corresponding gauge fills up, upon which a predetermined cool down period is enforced. In addition, each character also has their own Super attack, which fill up over the duration of a match. The characters themselves can be customized via the use of the game’s cybernetic implant system, which allows for the creation of dozens of unique loadouts to suit different play styles. The inclusion of environmental interactions and attacks will further bolster the attacking options for players.

Being an Xbox Game pass title, ‘Bleeding Edge’ will feature full cross platform support between PC and Xbox One at launch.

Bleeding Edge Developers: Who Are The People Behind It?

‘Bleeding Edge’ is being developed by Cambridge based British game development studio Ninja Theory, and published by Xbox game Studios. Ninja Theory is best known for 2017’s sleeper hit ‘Hellblade: Senua’s Sacrifice’, a fantasy action adventure game inspired by Norse and Celtic mythology. However, Ninja Theory also have experience in the brawler genre, having developed the 2013 franchise reboot ‘DmC: Devil May Cry’, which received positive reviews but underwhelmed commercially due to fan pushback over the protagonist Dante’s new character design.

Ninja Theory was recently acquired by Microsoft to be part of Microsoft Studios in 2018.

Bleeding Edge Release Date: When And Where Can I Play It?

Although only recently announced at E3 2019, ‘Bleeding Edge’ is set to release on 24 March 2020 for PC and Xbox One with full cross platform support between the two platforms. The game has already been in technical Alpha since 27 June 2019.

Pre order customers of the game can gain free access to the game’s beta release on 14 February 2020, with a second beta run starting 13 March 2020. Pre order customers will also receive the exclusive Punk Pack, a collection of in game cosmetics including character skins.

‘Bleeding Edge’ will be an Xbox Game Pass title right from launch, which means subscribers of Microsoft’s game service will receive access to the game for free.

You can watch the trailer for ‘Bleeding Edge’ right here: