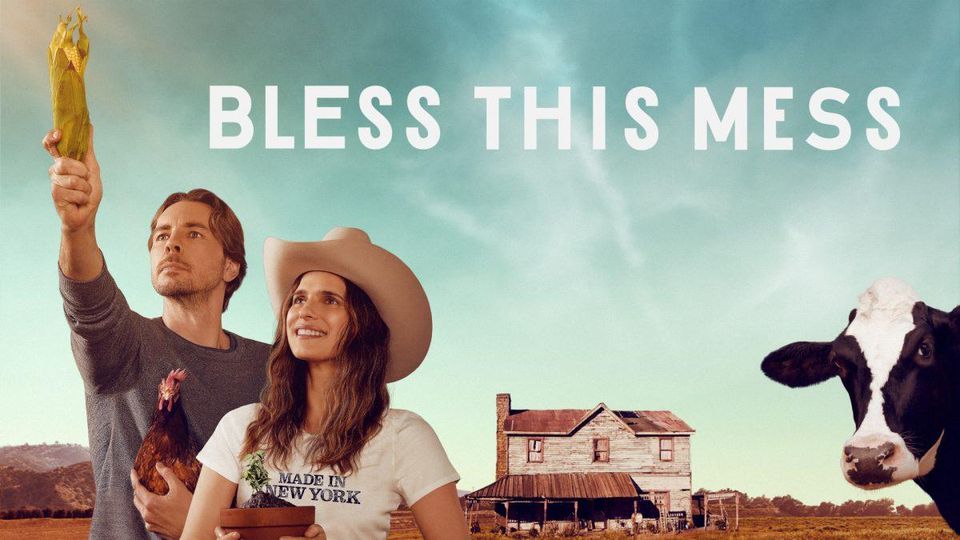 “The best kind of love ain’t happy. The best kind of love is honest.” ~ Constance, played by Pam Grier in ‘Bless This Mess’. Originally ordered as a pilot on Fox, the single camera comedy sitcom ‘Bless This Mess’ created by Lake Bell and Elizabeth Meriwether, was picked up by ABC in early December, 2018. The move came as Fox wanted to scale back its scripted series orders in recent years. Reportedly, the network launched only three new series in the fall of 2018: the revival of ‘Last Man Standing’ and new multi-cam comedies ‘Rel’ and ‘The Cool Kids’. Fox has no scheduling needs this spring, and as per reports the Fox network honcho Charlie Collier was not ready to commit to ‘Bless This Mess’ before seeing the network’s development.

On the other hand, ABC kept a close eye on the sitcom, jumping at the first opportunity when the project became available. By doing so, the network fulfilled its requirements for a short-order comedy series for spring, as it had opted not to proceed with ‘The Middle’ spin-off and only had ‘The Goldbergs’ spin-off ‘Schooled’ at hand.

Marking the first series to be picked up by ABC under new Entertainment President Karey Burke, ‘Bless This Mess’ is a co-production between soon to be corporate siblings 20th Century Fox TV and ABC Studios. While speaking about the series, Burke said, “Bell and Shepard headline a stellar cast in this hilarious take on a classic fish-out-of-water story that we found irresistible.”

As far as the future of the show goes, fans should know that the second season received order for 6 additional episodes — making it a total of 19 episodes — indicating that ABC will most likely continue the show for a few more season.

Bless This Mess Cast: Who’s in it?

Bless This Mess Plot: What is it about?

The show features Rio and Mike as newlyweds who decide to move from their chaos ridden life in the busy city of New York, to the rural Nebraska. Following the drastic step of leaving behind their jobs and overbearing mother in law, Rio and Mike find themselves out-of-place in their newly acquired life as farmers, in the rural state of Nebraska. Understanding that the life of the farmer isn’t the cake walk they presumed it to be, Rio and Mike tries their best to weather the storm and make the best of their situation. Rio and Mike start thinking about their strategy for their soil, when the weather forecast is not in their favor. Rio attempts to connect with her new neighbors at the Bowman’s potluck, but eventually ends up spicing up her love life with husband Mike.

Creator and lead actress Lake Bell refutes the idea that ‘Bless This Mess’ is but a hipster update of the 1965-71 CBS Comedy ‘Green Acres’ by claiming that her series’ “kind-spirited” humor has a broader appeal. “It’s not very elite. It’s very accessible for my family, my mom and her friends, and my godchildren from 6 to 12 years old, and then all my hipster friends in between,” said the Manhattan Native while speaking over the phone to The Post from Los Angeles. Bell said that her decision to incorporate newlyweds as opposed to older couples comes from the idea that the earlier years of a marriage enables the partners to portray a sweeter version of themselves which is crucial to the family friendly, ‘kind hearted’ spirit of the comedy sitcom.

While speaking of the potential appeal of the rural setting of the show to urban audiences, Bell said “There is a zeitgeist where you are entrenched in your phone, computer, subway systems— things move at a very high RPM. That’s why we see articles about families going to buy a plot of dirt in rural America, or Instagram accounts of Brooklynites who start a goat farm in Vermont. There’s something romantic and idealistic about slowing down and being forced to nurture something that feels more real.” Like co-creator Meriwether’s biggest hit, ‘New Girl’, the show very tactfully balances old-fashioned sweetness with trendy characters and cultural references.

Check out season 2 trailer below.