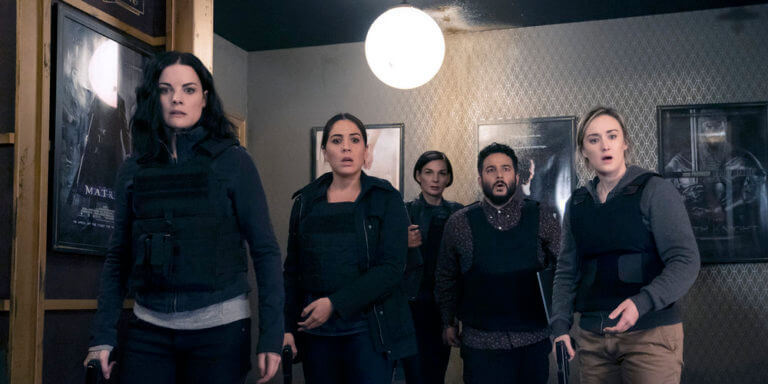 The fifth and final season of the Martin Gero creation is nearing its end. And by the looks of it, all the loose ends might get tied up but the finale is going to feel like a gut punch to fans. In episode 9 and 10, we learn that Patterson is alive as she had broken out of the bunker through a secret tunnel before the explosion. Patterson hacks the servers and discovers that Madeline has mapped out a solid plan to pin all her crimes on Matthew, who disappears on learning this. Later, Matthew rushes in with a team of FBI agents and they manage to overpower Dabbur Zann, freeing the team. Unfortunately, he gets struck by a bullet and succumbs to his injuries.

The team traces Madeline’s location and to evade spilling the details about the ZIPs under pressure, Madeline takes her own life by gulping down poison. To get to Ivy before she unleashes the chemical bombs into the world, the agents seek help from the problematic hacker, Kathy Gustofson, who turned against Madeline after discovering the truth. Ivy recruits Boston as her new hacker. She helps the team to escape the ZIP-room, diffuses the bomb, and leaves. Arla Grigoryan is selected as the new FBI director. As the team tries to track Ivy, Jane gets trapped in a room where the ZIP bomb gets triggered. In case you want to know what can happen in the ‘Blindspot’ series finale, we have got your back!

First, let us take a moment to fathom everything that has happened in the penultimate episode. Now, even after the death of the conniving mastermind Madeline Burke, the impending issue isn’t solved. Although the Madeline is no more, we still have the ruthless Dabbur Zann leader, Ivy Sands, on the loose, who is pulling heaven and earth to get the stash of ZIP bombs to explode. The agents even bring Kathy Gustofson along to help, but it doesn’t do much as Jane gets trapped inside a room where the ZIP bomb goes off.

So what does that mean? Do we have to bid farewell to Jane’s identity before we say goodbye to the show? We first met Jane in the first season, wherein she resurfaces in Times Square with her memories fully wiped and her body covered in cryptic tattoos. Is it going to come full circle, with Jane getting coming this far only to get zipped again? We hope not. The official synopsis asks us to, “Turn off your mind relax and float down stream…it is not dying…it is not dying.” If only it were that easy. The only way this can have a happy ending is if the team reveals to Jane that they already tampered with the ZIP before it went off.