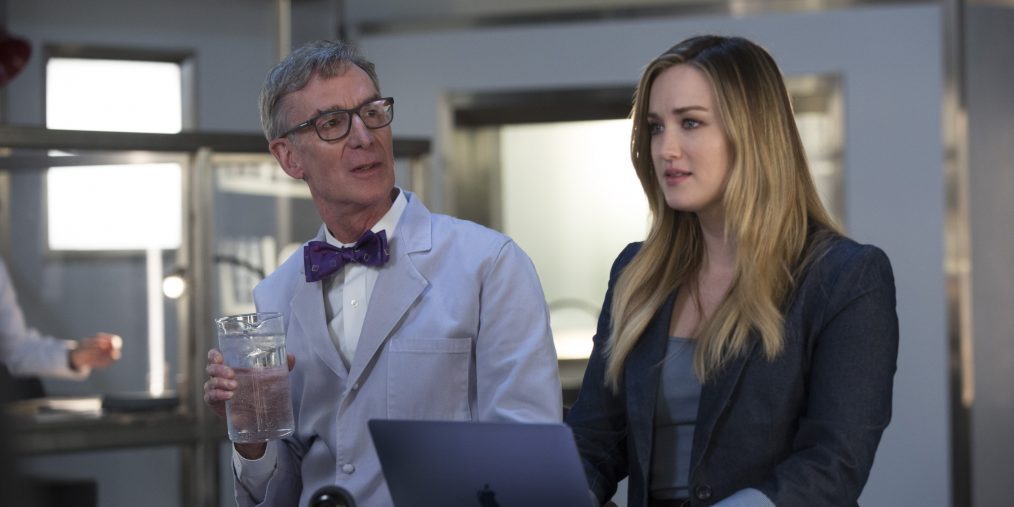 The fifth and final season of the Martin Gero creation, ‘Blindspot,’ premiered on May 7, 2020, and it did not, in any way, ease the tension in the minds of the fans. In fact, the fifth season premiere elevated the intensity by dropping a heart-wrenching death into the mix, one that you did not see coming. In the Season 5 premiere of the mystery thriller, Kurt, Patterson, Edgar, and Tasha manage to get to escape the cabin before the drone strike destroys it. However, while saving Tasha from suffocating under the debris, Edgar sacrifices his life. It has been two months since Edgar’s death.

We learn this through flashbacks. Everyone is distraught, but the team manages to save Rich with help from Jane’s frenemy, Sho. Back at the FBI quarters, Madeline forces Matthew to sign a contract with ruthless mercenaries to track down “rogue” agents. Kurt and Jane talk about the New York City incident where Jane’s tattoo mysteriously appears on one of the city screens. The team is currently taking refuge in Cold War bunker in Prague. They are determined to clear their names and avenge the death of their fallen agent, Edgar Reade. Rich consoles Tasha who is filled with guilt. To know what happens in ‘Blindspot’ season 5 episode 2, keep reading!

The upcoming episode is titled ‘We Didn’t Start The Fire.’

Let’s start by talking about Edgar Reade. What a blow, huh? I bet no one saw that coming. I mean, he and Tasha confess their feelings for each other and seal it with a kiss, only to later be separated by death? How is that fair to the team and the fandom!? But there’s one good news. Rob Brown has confirmed that he will still be a part of the show, via flashbacks.

I am glad that Tasha has the support of her team during this tough time. They might continue to help her heal from the emotional wound. In the episode, we can expect Bill Nye to pull out all stops to grant Jane and team, the access to a high-level conference in Finland. The team’s aim at the conference is to convince Matthew Weitz to join hands with them.

However, Madeline Burke might make another nasty move by sending her team of merciless private contractors to capture Patterson’s father (guest star Bill Nye), sending the team into a tailspin. Jane, Rich, Kurt, Patterson, and Tasha might go out on a limb to save Bill Nye before the mercenaries torture him to death. As he officially dislikes Madeline now after all that power domination, Matthew Weitz might agree to assist the team in their mission. Also, don’t expect them to get back to the FBI quarter yet, the team will spend most of their time in the bunker in the season.