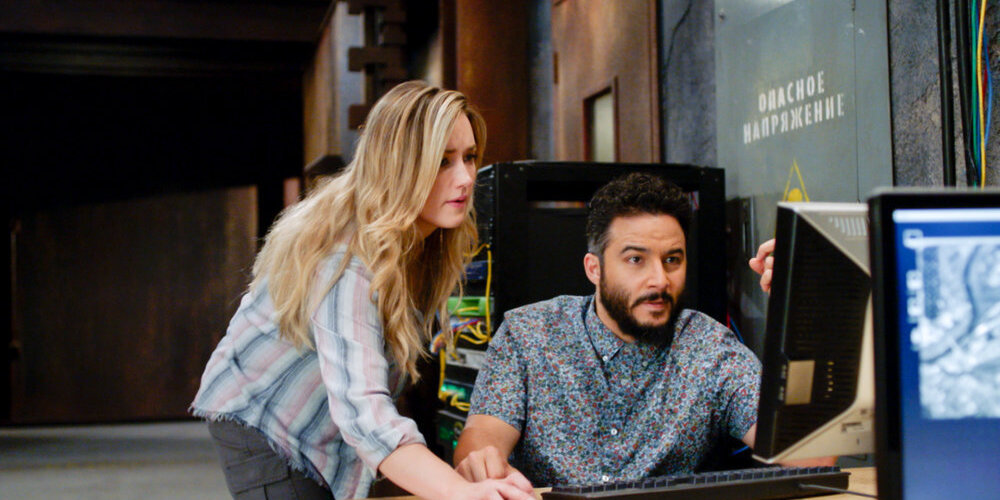 ‘Blindspot’ never fails to keep the fans hooked to its mysterious subplots and unpredictable twists. With the sixth episode of Season 5, the makers have taken the thrill factor to another level. In the episode, the agents are shocked upon seeing the return of a familiar face – Ice Cream, the Icelandic fixer. He is in desperate need of help and is audacious enough to command the team to fulfill their end of the bargain, that they entered into, back in Iceland. The team hasn’t forgotten how he betrayed them in the past, leading to the death of their beloved friend and co-worker, Edgar Reade.

But he doesn’t down and tempts the team by promising to give them solid evidence about Madeline’s involvement with Dabbur Zann and her real intentions behind hiring the ruthless mercenaries. The team sets out to trace the paintings. After a few hits and misses, they discover that the paintings are in Irving Sutton’s possession but they soon realize that he is dead. Irving’s death leads many art collectors and thieves to attack his base and steal the paintings. However, with Patterson’s quick thinking and technical knowledge, the team succeeds in its mission. Surprisingly, Ice Cream hands them the details that he has promised. It turns out, Madeline wants to take away people’s memories with her chemical bomb. Here’s everything you need to know about ‘Blindspot’ season 5 episode 7!

The upcoming episode is titled ‘Awl In.’

The next episode is going to feel like a real gut-punch as the team can go out on a limb to rescue some significant people from the deadly clutches of Madeline Burke. Thanks to Ice Cream, the team is now aware of Madeline’s evil plans, which is to extract the memories out of the minds of the people by using the chemical bomb and erase them forever. It’s no secret that Weller will go to any lengths to save his daughter, Bethany, from any danger. And Madeline will dare to press that nerve, expecting an impulsive reaction from Weller.

She might summon his ex-wife, Allie, for interrogation and compel her to ask Weller to surrender himself to the officers. Not just that, Madeline might also blow the team’s confidence by sending a video message featuring Allie, wherein she might inform the team about a potential threat looming over Bethany’s life. Naturally, it might send Weller into a downward spiral. Will the team manage to stop him from acting irrationally and messing things up? Also, there is a slight chance that Allie might undergo a change of heart and give the team a hint through the video, which can further help them in taking Madeline down. To stop Madeline from sending over ZIP to the US, Jane and the rest of the agents might go undercover and distract Madeline’s son.