Will There be a Blockers Sequel? 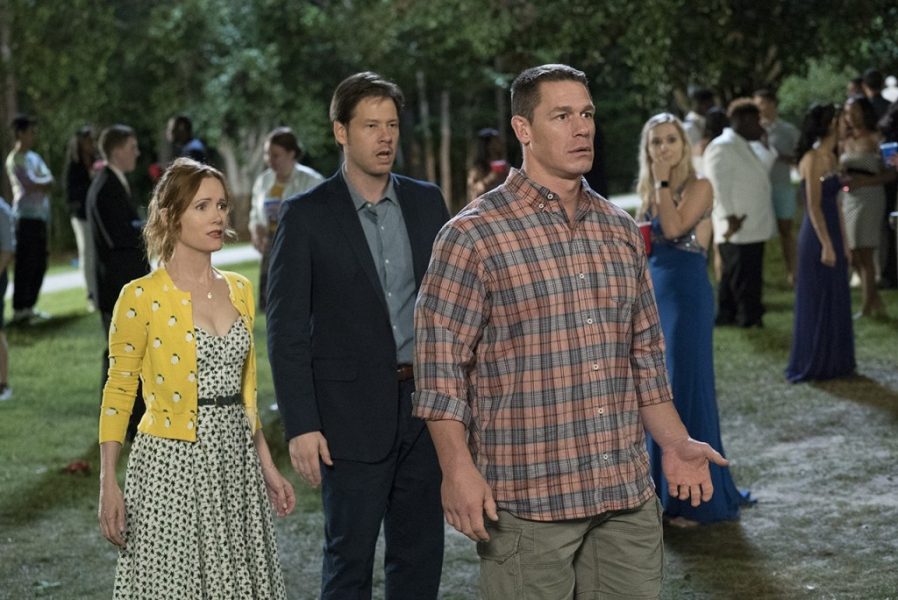 Sex comedies are always fun to watch thanks to the raw humor that is often used. We are left in splits while being drawn to the content of the film at the same time. ‘Blockers’, the 2018 movie, is one such example. The film comes from Kay Cannon and marks her directorial debut. Set in Chicago, the movie follows the exploits of three parents as they try to stop their daughters from having sex on prom night.

In case you missed the reference, the title of the movie is an allusion to the action of ‘cockblocking’, which is a slang about preventing a person from having sex. In fact, the movie leaves little to the imagination, even adding the picture of a rooster before the film’s title, to drive the message home. However, we expect our sex comedies to be a little saucy and ‘Blockers’ delivers excellently in this regard.

Upon release, the film went on to make $94 million worldwide, while the budget for the film was $21 million. While money is generally a motivator behind making sequels, ‘Blockers’ also has critical opinion working in its favor, since the movie’s performances have been praised as has the humor. Several critics have also pointed out how ‘Blockers’ manages to remain intelligent and empathetic, which is usually not found in sex comedies, that tend to be mostly brash. Considering the reception the first movie got, there is a good chance that ‘Blockers’ might get a sequel, and we are here to tell you everything we know about ‘Blockers 2’.

Blockers 2 Plot: What Can It Be About?

The story of ‘Blockers’ follows the hilarious efforts on the part of the parents to prevent their daughters from having sex on prom night. While it starts off on a note of the parents wanting to control their children, it eventually becomes clear that each parent has their own motivation behind not wanting their daughters to have sex.

Nonetheless, by the end of the movie, the parents grow closer to their daughters and form deeper bonds with them. One of them realizes how much her daughter is in love with her boyfriend and lets her have a good time. Another daughter comes out to her father, deeply moving him for the trust bestowed on him. Finally, the third father and his daughter form a deeper bond when the latter confesses that he has taught her everything she needs to know about protecting herself.

Despite this, at the end of the movie, the daughters go off to college and give their parents one last scare by pranking them into thinking that they will do all sorts of drugs in college and have unprotected sex. Forever toying with the idea that the girls might give in to the wild side at any age, ‘Blockers’ wonderfully sets up the premise for the sequel. So what could ‘Blockers 2’ be about?

Well, the best-case scenario would be to show the girls returning from college on vacation to spend time with their families. Back with their controlling parents, these girls who have learned to live by themselves, independently in college, are bound to have a hard time readjusting. The parents could once again be trying to curb their children, who are bound to be more expressive of their freedom, sexual or otherwise, now than when they were in school. Alternately, the plot could follow the parents going to visit their kids while they are in college, only to be shocked to see the kind of uninhibited lives they lead.

While both of these would serve as interesting avenues to explore, the sequel to ‘Blockers’ could decide to go back in time as well. Thus, we might see how the parents of these children were when they were school kids themselves. It would be fascinating to see if their own parents acted as blockers as well. However, such a movie would have to be set in the past and is not likely to be the subject of the upcoming sequel.

Blockers 2 Cast: Who Can Be In It?

The cast of ‘Blockers 2’ will definitely be looking to bring back Kathryn Newton, Geraldine Viswanathan, and Gideon Adlon as Julie, Kayla and Sam, the three daughters who graduate school and go to college. We will also get to see their parents Lisa, Hunter, and Mitchell. Thus Leslie Mann, Ike Barinholtz and John Cena are expected to reprise the roles.

While it remains unknown if the other actors would be willing to sign on for a sequel, John Cena made his opinions very clear at the time of ‘Blockers’ itself. Cena said that he is an entertainer at heart, and feels that it is his responsibility to deliver what his fans ask of him. Thus, if the fans want a sequel to ‘Blockers’, Cena is bound to be on board. Naturally, if we have ‘Blockers 2’, the movie will benefit from Cena’s involvement, since he has become somewhat of a superstar.

Blockers 2 Crew: Who Can Be Behind It?

In the event that ‘Blockers’ does get a sequel, it is more than likely that Kay Cannon will be back in the director’s chair. Although she has not expressed any intention directly, of being involved with ‘Blockers 2’, one must keep in mind that she is responsible for the ‘Pitch Perfect‘ movies. Therefore, it is evident that she has no lack of good stories and will definitely amaze us again if she chooses to direct the sequel.

Evan Goldberg and Seth Rogen, who always have an eye for good comedies, could be back as the producers. Brian and Jim Kehoe might be back as the scriptwriters as well.

Blockers 2 Release Date: When Can It Premiere?

‘Blockers’ came out in 2018, while shooting began in 2017. Thus, it clearly did not take a long time to make once everything was in its place. We can expect ‘Blockers 2’ to get the same treatment. However, Cena has a busy schedule in 2020, leading us to believe that the movie, if greenlit soon, might release sometime in 2021, but will most likely come out in 2022.

‘Blockers 2’ does not have a trailer yet, but you can check out the trailer to ‘Blockers’ here.