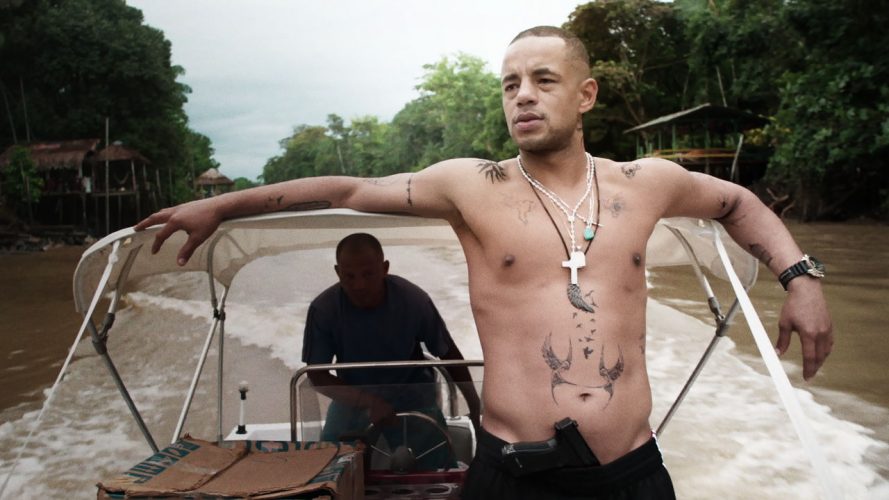 Blood Pact is a Brazilian crime television series that is loosely based on the life of Wallace Souza from the Amazonas. He was a charismatic journalist who was accused of being involved in a series of killings just to improve the ratings of his own crime show. He was also elected as a member of the Legislative assembly of the Amazonas till his expulsion in 2009. His controversial program was titled “ Canal Livre.” An investigation was started under his name in 2009, and he became the news that was covered worldwide. There were a lot of ammunition, cash, and weapons discovered in his house. He surrendered to the police after being pulled over on October 9, 2009. The show first premiered on Space in Brazil from August 2018 and later on Netflix in October 2018.

Pact of Blood Cast: Who’s in it?

The main cast of the show is as follows: Guilherme Fontes plays the central character in the series called Silas Campello. He is an ambitious and unethical television reporter. Ravel Cabral plays Roberto Moreira who is an alcoholic detective. There are several other characters whose connection to each other is revealed towards the end. André Ramiro plays Soares, Jonathan Haagensen plays Trucco, Adriano Garib plays Edinho and Mel Lisboa is in the role of Gringa.

Pact of Blood Plot: What is it about?

The premise of the show revolves around the drug trade and the murders in the city of Belem, Brazil and the part that the media plays in it. One of the central characters of the show is Silas Campello who is a cunningly ambitious and a charismatic television reporter. He becomes a famous police program presenter, and one of the most powerful names in the state of Pará after a drug lord gets killed on camera, and the footage makes him sensational news in the city. The more powerful he gets, the more hungry for fame he becomes and slowly starts ordering murders so he can show the footage on his crime show and get more views. His brother is also in the drug circle and plans to take over after the last drug lord who was killed. He is the one who helps Silas get the footage for his channels by arranging the murders.

Roberto Moreira (Ravel Cabral) plays an alcoholic detective who doesn’t care for anything or anything but used to be really good at his job at one point in time. His senior officer is done with him and gives him a last chance to redeem himself by handling him a case of the missing girl. Silas also has an estranged daughter who is in rehab against her will. All of the stories run in parallel throughout the series. The show has all the ingredients for a good quality television series but does not really offer anything new. The cop who is trying to redeem himself, the drug lords and the fame-hungry characters have all been explored before, but it is still a great show for the people who love this genre. Some have critiqued the English dub that is there on Netflix as it does not do justice to the dialogues. The character of the show is layered and complex, and there is a lot more that can be done with them. It gives a good perspective to the drug trafficking in Brazil and how it affects the life of the people over there.

The character of Silas is very intriguing. Greed and ambition seem to run his life, and he is ready to go to any extent to feed the news cycle. The show questions humanity and if it still exists. The heinous crimes that people are willing to do just for power and fame and the wide extent of it are the focus of the show. There have been many shows where drug and human trafficking, and murders. Those stories have been told over and over again, but another one to the list is fine if it makes us reflect on how we can change things. The people who have seen their fair share of the drug and cop shows can skip this one, but the fans of this genre are likely to love it.

Pact of Blood Season 2 Release Date: When will it premiere?

Season 1 of the show premiered on August 27, 2018. There has been no news of renewal for this show as of yet. But needless to say that there is a lot in the story that can be explored, so the show is quite likely to return for a second season. If the show does get renewed, Season 2 can release sometime in 2020.

There are no teasers or trailers released for the second season of this show as of now. You can check out the trailer for the first season on Netflix.