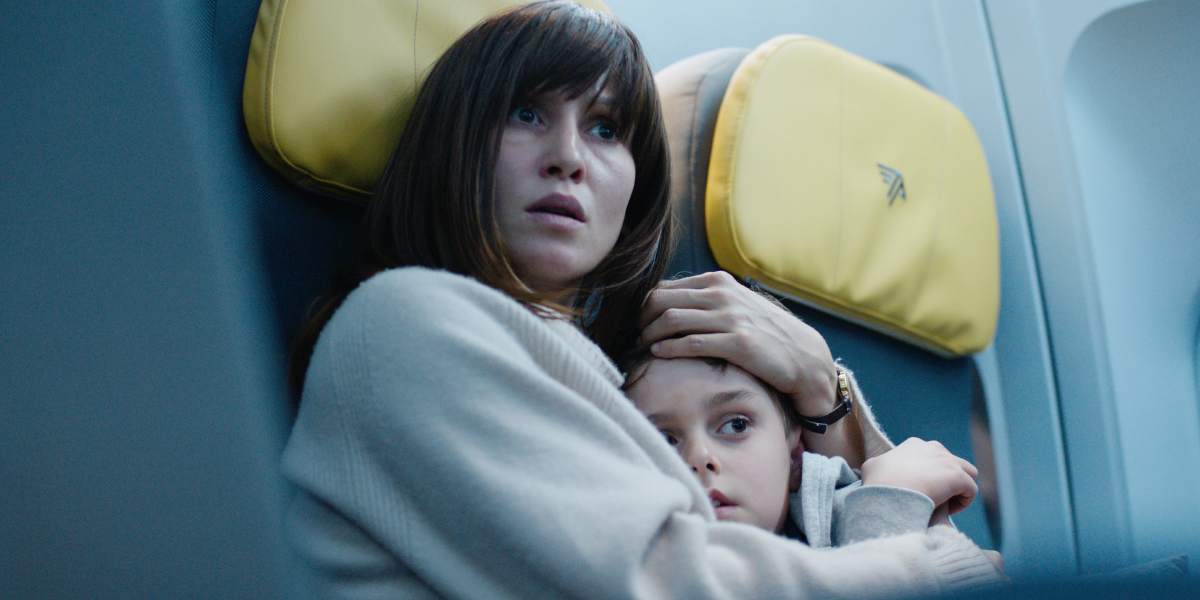 Netflix’s German-original horror action thriller genre-bending venture ‘Blood Red Sky’ (Alternatively titled: ‘Transatlantic 473’) comes off as a fresh concept brilliantly executed. Apart from being a thriller of hair-raising tension, the film is also quite an emotive journey by itself. Mingling fantasy with realism, the story centers on single mother Nadja and her son Elias, whose flight to New York turns into a diabolical nightmare. Nadja suffers from a mysterious ailment that forces her to take leukemia medication. But when a group of hijackers gets hold of their flight Transatlantic 473, Nadja unleashes her ghastly self. The situation goes out of hand too fast too soon, and the story comes back to the airstrip shown in the beginning for a viscerally explosive finale.

Upon its release on the popular streaming platform, the Peter Thorwarth film gained widespread fan support and critical acclaim due to its intriguing blending of genres and the brooding narrative that keeps the audience hooked. However, after the shocking finale of the original movie, fans are already weighing the prospects of a sequel. In that case, you may rely on us.

‘Blood Red Sky’ premiered on July 23, 2021, worldwide on Netflix. The film packs a lot of surprises in its manageable duration of two hours. Let us now consider the prospects of a follow-up.

The original movie was a passion project for director and co-writer Peter Thorwarth, who conceived the idea of the film from a thought experiment while on a transatlantic flight himself. There were many obstacles in the production, and the director spent 16 years only getting his project financed. When asked about the prospects of a sequel in an interview with Daily Dead, Thorwarth said, “Maybe someone else can direct the follow-up, because once I’ve done it, I’m always looking for the next challenge.” Meanwhile, the director moved on to his next project, a medieval drama with a pinch of dark humor. But that should not be enough to dissuade the fans from rooting for the sequel.

After its release, the film was welcomed by critics and fans alike due to its fresh concept and energetic direction. As a result, the film rose to the platform’s Top 10 list on the week of its premiere. The compelling horror story unanimously swayed the audiences, and there were not many polarities in reception. And since horror is a genre known for its sequels and spin-offs (consider the ‘Resident Evil’ franchise), it would be in Netflix’s interest to greenlight a follow-up. Going by the story, there is still room for further exploration since we can’t be sure whether all the vampires are dead by the end of the film. The explosion seemingly marks an end to the hoard of vampires, but the undead cannot be assailed too easily. There remains a possibility of a vampire getting away from the military’s radar, and the sequel may build on this possibility.

However, the popular streaming service is yet to announce a sophomore venture of the possible horror-thriller franchise. If the sequel is announced by the end of 2021, the screenplay would still require some time. If the screenplay is finalized by early 2022, the crew can speculatively go back into production in 2022. The original movie does not use much CGI, and therefore, the post-production chore of the prospective sequel should not take too long either. So, if the production of the sequel resumes anytime in 2022, we can expect the ‘Blood Red Sky’ sequel to premiere sometime in 2023 or later.