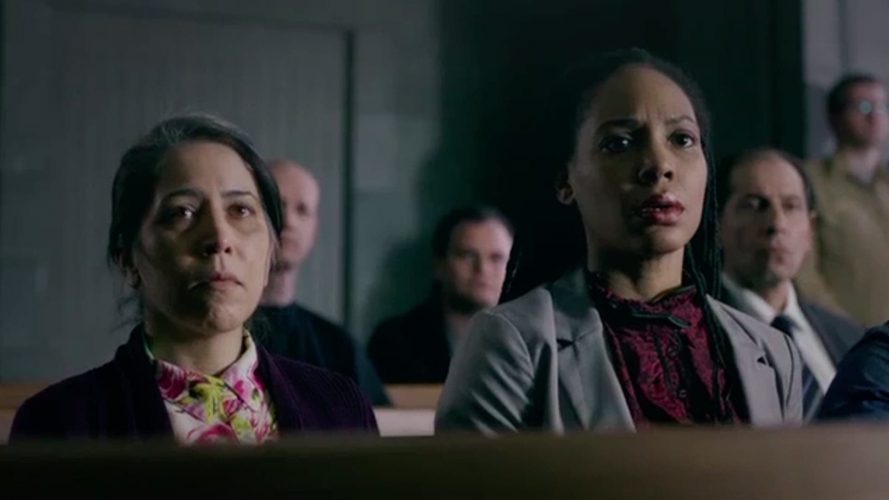 Blood Runs Cold tries to portray the tales of how victim’s loved ones’ go on a journey to reveal the truth behind the gruesome crimes. In the end, the suspect gets punished for their heinous crimes and hence, brought to justice. However, these individuals who take the law into their hands also have to pay a hefty price while seeking justice for their deceased ones.

The writing credit for Blood Runs Cold goes to Erin Cramer, who also has directed the show with Tim Dunn. The series was inspired by the film with the same name directed by Sony Laguna. Talking about his experience to film the show, Cramer revealed “Blood Runs Cold was shot in about 35 days with practically no money in one of the worst winters in Sweden in a long time. Wither on the other hand was shot over a period of 50 days in the late summer. We had more people behind the camera, higher budget and a more complete vision which made the shooting go easier. But on the other hand, we had a lot of makeup and gore effects going on, so it just took a very long time. The main crew was still just us three but with the help of some friends or rented crew certain days throughout the shooting.”

Blood Runs Cold Cast: Who is in it?

Blood Runs Cold Plot: What is it about?

In the first season, a mother goes on a journey to find the reason behind the disappearance of her young daughter. She is ready to go to any lengths to unravel the truth. After the failed attempts by the police force, she decides to find her daughter on her own who is also a mother to an infant. She crosses various obstacles to get justice for her daughter. There are also some things she needs to be careful about. She also pays the price to uncover the mystery.

In another episode, two mothers lose their young boys in a tragic incident. The mothers have no other option, but to start their lives from the bottom. They form a good bond after losing their kids. Later on, they decide to solve the murder case themselves when the police are not able to find the suspects. They embark on a journey to find the answers for their questions.

In another episode, the entire community of Kentucky is shocked after the murder of 17-year-old kid in 1999. When the case runs cold, the family decides to take jurisdiction in their own hands and solve it themselves. They seek justice, but it seems they are too far from attaining it. One day, they realize that the villain is very close to their own home.

In another episode, a gruesome case is looked into. Marilyn smells something fishy when her daughter Linda Watson forgets to pick her own daughter from preschool. Marilyn panics on learning about the event. A few years later, when the case goes cold, one more crime is committed where the investigating team has to open the past case to find a link and many secrets come spilling out.

In one episode, on New Year’s Eve, cops find a dead body of a young mother in a car. They are unable to collect further information because they don’t have much evidence. Twenty years later, the case has turned to dust, but her sister decides to fight for her justice. She gets help from a rookie cop and the duo goes together to catch the murderer.

In another episode, a young mother goes missing after a catastrophic aeroplane crash in 1979. Her daughter decides to take the case in her hands after 22 years. In the final episode, a victim’s nephew opens a shut case to find the mystery behind the death. The case reopens with a fresh and powerful start. The nephew crosses all the limits to find answers. As the secrets start to appear on the surface, he tries to fit all the puzzles to unravel the mystery.

Blood Runs Cold tries to portray tales of how a victim’s family members go on a journey to reveal the truth behind the unfortunate crimes witnessed by the victim. In the series, the suspects get punished for their heinous crimes and brought to justice.

Blood Runs Cold Season 2 Release Date: When will it premiere?

Blood Runs Cold Season 1 premiered on September 2, 2018. Initially, the show received a lukewarm response but since its premiere it has developed a good following. At this point, there is no news about the renewal of the show. Though, there is a slim chance that the show could return for another season. Our best guess is that Blood Runs Cold Season 2, if renewed, could get a release date sometime in 2020.

While we wait for Season 2 of Blood Runs Cold, check out clips from the show on its official homepage.