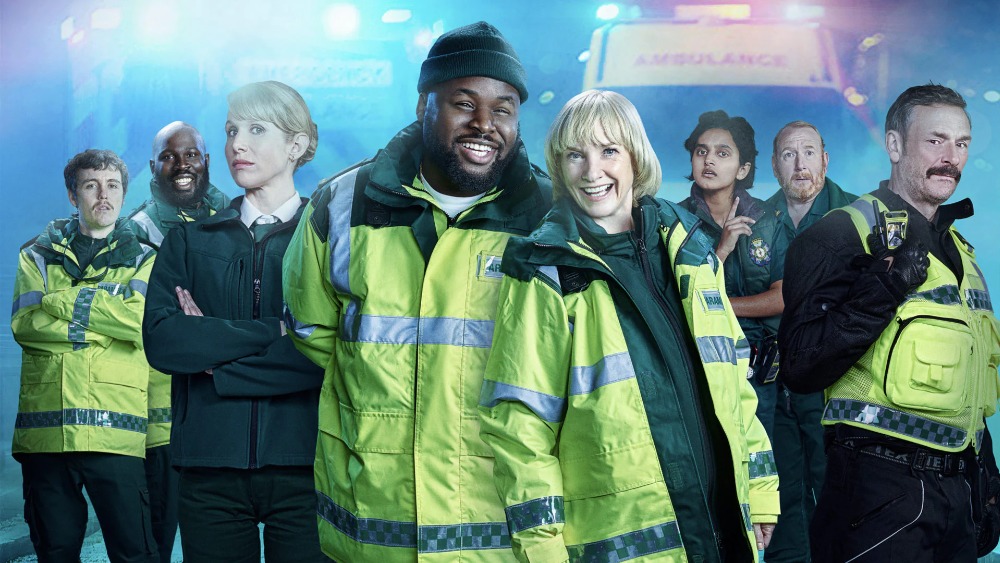 ‘Bloods‘ follows the unlikely pairing of South London paramedics Wendy and Maleek, who move from crisis to crisis, saving lives while continually squabbling. The British comedy series centers on the antics of the two emergency response professionals and their quirky colleagues, making for some truly hilarious moments. Due to the serious nature of their work, which often involves life and death, there is also a good amount of dark humor folded into the narrative.

Co-created by Samson Kayo and Nathan Bryon, the show has caught the attention of audiences and critics because of its snappy comedic writing and talented cast. With season 1 closing on a note that feels more like a new beginning, to say nothing of Wendy’s mysterious family member showing up, there seems to be a lot more to the story. Are you wondering what to expect from ‘Bloods’ season 2? We’ve got you covered!

‘Bloods’ season 1 released in its entirety on December 9, 2021, on Hulu. Before its US premiere, the show originally aired in the UK on May 5, 2021, on Sky Network. The first season consists of eight episodes.

As far as season 2 is concerned, fans will be excited to know that the sophomore chapter of ‘Bloods’ is already in the works! Show co-creator and lead actor Samson Kayo (Maleek) had already expressed his desire to explore more of Maleek and Wendy’s lives in future seasons, and it looks like that is exactly what is happening.

A post shared by Keep Calm And Prosecco 💚🍷 (@littleshopofhorrocks)

‘Bloods’ has reportedly been picked up by Hulu for a multi-season deal, and the upcoming season 2 will feature ten episodes. According to sources, filming for season 2 began in November 2021, though an official release date has not yet been announced. With that said, we can expect ‘Bloods’ season 2 to release sometime in Q3 2022.

Bloods Season 2 Cast: Who is in it?

The cast is led by Samson Kayo (Maleek) and Jane Horrocks (Wendy), whose on-screen characters are part of the emergency response paramedic team. Other cast members reported to return for season 2 include Lucy Punch (Jo), Julian Barratt (Lawrence), Adrian Scarborough (Gary), Aasiya Shah (Kareshma), Kevin Garry (Darryl), and Sam Campbell (Darrell). Nathan Foad has been confirmed to return for the new season to portray Wendy’s son, Spencer. Moreover, sources revealed that Katherine Kelly is joining the cast for season 2. She will play the role of the ambulance station’s acting counselor.

Bloods Season 2 Plot: What is it About?

Season 1 closes with Maleek reaffirming his faith in being a paramedic after carrying out a complicated delivery on an underground train. When Wendy’s son Spencer shows up at the ambulance center and confronts her, it is revealed that she abandoned her family.

The upcoming season will likely pick up from the season 1 finale and see Wendy and Maleek continue their rounds around south London. We can expect to learn more about Wendy’s mysterious family and why she left them. Upon the show’s renewal, Jane Horrocks mentioned that Wendy would be even naughtier in the follow-up season. Finally, with Lawrence getting over his late wife and beginning to date, we will probably see Jo redouble her efforts to woo him, with doubtlessly hilarious consequences.

Read More: Where is Bloods Filmed?