Blown Away Season 3: Everything We Know 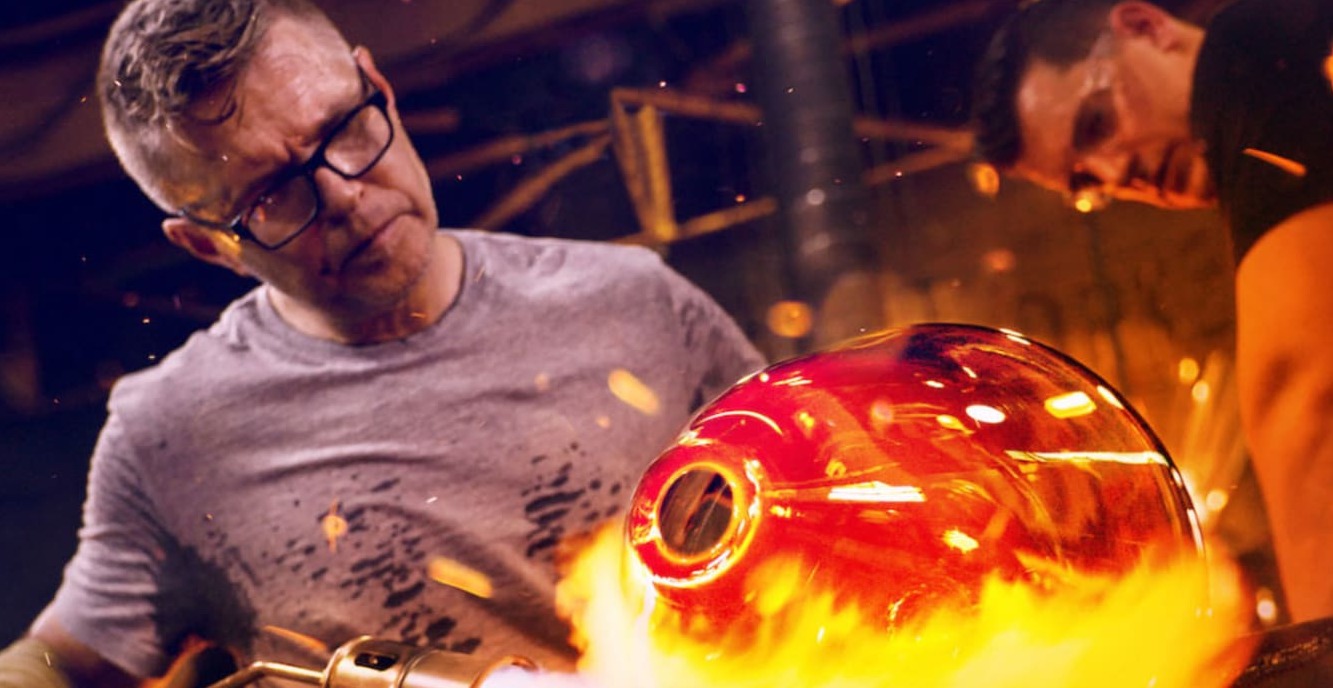 ‘Blown Away’ is a Canadian reality television series that follows ten skilled glassblowers from around the world as they compete with each other. The winner receives $60,000 and an artist residency at the Corning Museum of Glass. Produced and written by Ron Carroll, the show released on the Canadian channel Makeful on February 20, 2019, and opened to a favorable response from critics and audiences.

Within a few months, it was picked up by Netflix, which dropped the first season on July 12, 2019. The glassblowing competition series has been received well by critics who credit it for being “educational,” setting it apart from other competition shows. After watching the first two seasons, fans must be curious to know if there will be a third season. Here is everything we know!

‘Blown Away’ season 2 premiered on January 22, 2021, on Netflix. The second season comprises ten episodes with a runtime of approximately 25- 30 minutes each. The show’s novel concept highlights the artistry of glassblowing, which had hardly gotten any spotlight before this show came along.

Considering the preference of the usual Netflix audience, Ron Carroll wanted to make it “binge-able.” Hence, all the episodes were released in one go. The producers also converted a former factory building into a hot shop for the purpose of filming, indicating that the show may have plans for the future. If we couple this fact with the positive reviews, it would not come as a surprise if it is renewed for the third season. If and when that happens, we can expect ‘Blown Away’ season 3 to release sometime in early 2022.

Nick Uhas is a TV host, former professional aggressive inline skater, actor, and a YouTuber, who hosts this show. He is also a former contestant on ‘Big Brother.’ You may remember him as the host of ‘Brain Storm’ on The Weather Channel and the show ‘FabLab.’ He is also famous for his YouTube channel, Nickipedia. The Chief Judge on the show is the celebrated Canadian glass artist, Katherine Gray. She is an associate professor at the California State University, San Bernardino.

Gray’s works have been displayed at the Corning Museum of Glass, the Museum of American Glass, Glasmuseet Ebeltoft (Denmark), and Galerie Handwerk (Germany). Every episode ropes in a special guest evaluator from different walks of life who possesses a shared love for the art of glassblowing. Each season starts with ten contestants that get eliminated one by one, based on their performance. Therefore, if there is a season 3, Uhas and Gray are likely to return with a new batch of contestants and new guest evaluators with every episode.

What is Blown Away About?

Each season starts with ten glassblowers that have been selected to participate in the competition series. In every episode, the contestants are assigned a task which they must complete in a limited time. These can range from designing perfume bottles or creating an expressive art piece. As one contestant gets eliminated every episode, the season finale is left with two finalists eyeing the winning position. The finalists are evaluated based on the design concept, gallery presentation, and their entire body of work on the show.

The series includes talk segments with the contestants who share their life experiences. For several contestants, glassblowing is a medium of expression that has helped them get over difficult periods in life. A few episodes of season 2 (1 and 7) involve tasks that require the contestants to reflect on personal experiences, through which we get a glimpse of their personal lives. If the show is renewed, we will continue to witness the wonders created by some of the most experienced glassblowing artists in the world.

Read More: Nick Uhas From Blown Away: Everything We Know