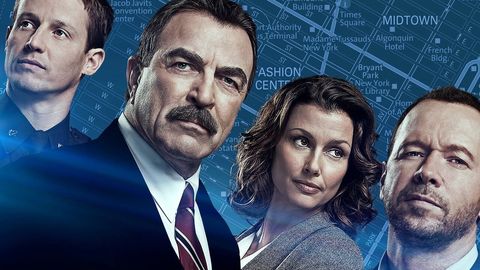 Blue Bloods is a police procedural drama that airs on CBS and is created by Robin Green and Mitchell Burgess. It originally premiered on September 24, 2010.

The story follows the Reagans, a clan of cops in NYC, comprising police commissioner Frank Reagan and his three grown-up children, all working in the law-enforcement department. They are detective Danny, assistant district attorney Erin, and Harvard Law School graduate and a patrol cop in the NYPD Jamie.

After spanning nine seasons, ‘Blue Bloods’ is currently in its 10th season. It finished airing its 11th episode on January 3, 2020. Here’s all you need to know about ‘Blue Bloods’ season 10 episode 12.

Blue Bloods Season 10 Episode 12 Release Date: When Will It Premiere?

The upcoming episode has a lot to cover. With the return of Lou Diamond Phillips, we know that Luis Delgado will have an important part in Danny Reagan’s life — yet again. Moreover, if Luis plans to bargain and convey what he actually has in his mind, it is inevitable that he will go to any heights to get what he wants.

The synopsis gives a more clear view of what we can expect from the episode. It says: “Where the Truth Lies” – Frank takes the heat when a widow blames him for her husband’s recent suicide while on the job. Also, when Eddie has a gut feeling about a murder, she and Erin band together to solve the case, and a desperate Luis Delgado (Lou Diamond Phillips) tells Danny and Baez that the only way he’ll testify against his former cartel is if they protect his sons.”

If you have a cable subscription, you can watch full episodes of ‘Blue Bloods’ by tuning in to CBS at the designated time slot.

The second option is to live-stream the episodes online on CBS All Access. Otherwise, you can log in to CBS’s official website and catch up on the already-released episodes.

Now, if you don’t have access to either of the above options, you should know that previous episodes of ‘Blue Bloods’ are also available on iTunes, Vudu, and Directv.

In Blue Bloods Season 10 Episode 11, titled, ‘Careful What You Wish For’, we witness the story tackling two issues — addiction and how it affects public health and homeless people. Erin’s conflict with Judge Harvey dives deeper into how one can compassionately deal with drug addicts. While Harvey says that addiction is an illness and stresses the fact that addicts need help more than they need imprisonment, Erin says that one should also consider the criminal’s history before placing him in the appropriate institute. Siriani’s escape from rehab poses another question. With the judge putting more people in rehabs, the facilities are getting crowded, resulting in mismanagement.

Siriani further accuses Hick of orchestrating the whole crime — something which cannot be surely stated since addicts lie a lot. In the next scene, Hick attacks Harvey, with the latter being shocked that Siriani (being her childhood friend) divulged her address. But she does learn a valuable lesson.

Meanwhile, Frank and his staff deal with a new policy where cops are supposed to round up homeless people. But with shelters getting overcrowded, Mayor Chase could accomplish nothing out of the program. On the other hand, Jamie and Danny are forced to work together, which leads to multiple clashes between the siblings.