Blue Bloods Season 11: Everything We Know 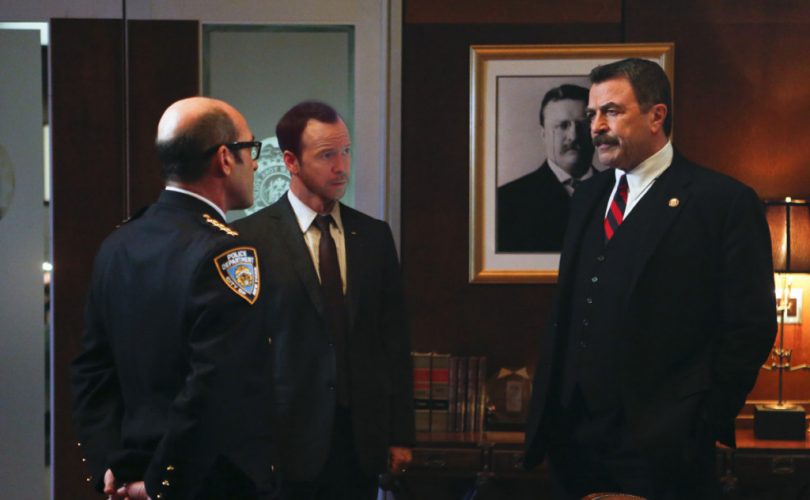 CBS’ ‘Blue Bloods’ is a police procedural drama series that follows a multi-generational family of cops dedicated to New York City law enforcement. Each member of the Reagans, an Irish Catholic family, represents different aspects of police work and law, with their lives inevitably interweaving occasionally. Starring Tom Selleck, Donnie Wahlberg, Bridget Moynahan, and Will Estes in the lead roles, ‘Blue Bloods’ is just as much about the family dynamics as it is about their professional lives. After a successful ten-season-long run, the fans of ‘Blue Bloods’ are eagerly waiting for its new edition. Here’s everything we know about ‘Blue Bloods’ Season 11.

‘Blue Bloods’ season 10 released on September 27, 2019, and ended on May 1, 2020. Within the same week, CBS officially announced the renewal for season 11. With most of the scripted content bearing the brunt of the COVID-19 pandemic, ‘Blue Bloods’ production also got sidelined.

Earlier this month, ‘Blue Bloods’ received a green light to kick off production on the new season. The filming will be overseen by health inspectors ensuring adherence to stringent safety protocols. Alas, it remains unclear how long fans will have to wait for season 11 to make way to our screens. But if all goes well, ‘Blue Bloods’ season 11 is expected to premiere sometime in 2021 on CBS.

Blue Bloods Season 11 Cast: Who is in it?

The season eleven of ‘Blue Bloods’ is anticipated to return with its central characters, including Tom Selleck as Frank Reagan, Donnie Wahlberg as Danny Reagan, Bridget Moynahan as Erin Reagan, Will Estes as Jamie Reagan, Len Cariou as Henry Reagan, Sami Gayle as Nicky Reagan, Andrew Terraciano as Sean Reagan, and Tony Terraciano as Jack Reagan. Any additional cast member hasn’t been announced yet.

Blue Bloods Season 11 Plot: What can it be About?

After the production on the eleventh installment commenced, the executive producer on the cop drama, Siobhan Byrne O’Connor, took to her Instagram handle to share the photo of the title page for the Season 11 premiere script, which is titled ‘Triumph Over Trauma.’

However, the heart of the show – the weekly family dinner scenes – feels potentially challenging to pull off, keeping the health concerns for the actors in mind. In an interview with Entertainment Tonight Canada, showrunner Kevin Wade opened up about what impact the pandemic has on the storyline going forward. “I’m not sure how we go back to the show without addressing it on some level, or do you just run away from it?”

He continued, “I don’t think you can run far away from it, it’s something I’ve been talking about with our writers, with [showrunners] Warren Leight from ‘Law & Order’ and Glenn Caron from ‘Bull’ and with a lot of people, just how do you go back embrace it and yet how not have it drive the show, because at the end of the day we were never sort of making a documentary of life.”

Heading into season 11, ‘Blue Bloods’ will pay homage to the first responders on the frontline of the pandemic. “Everything that you see on TV is all about people stepping up, and public service and sacrifice, and the people, the nurses and doctors who come from all over the country here to New York City, we wouldn’t be doing our show right if we didn’t find some way to pay respect to that from our characters,” he added.