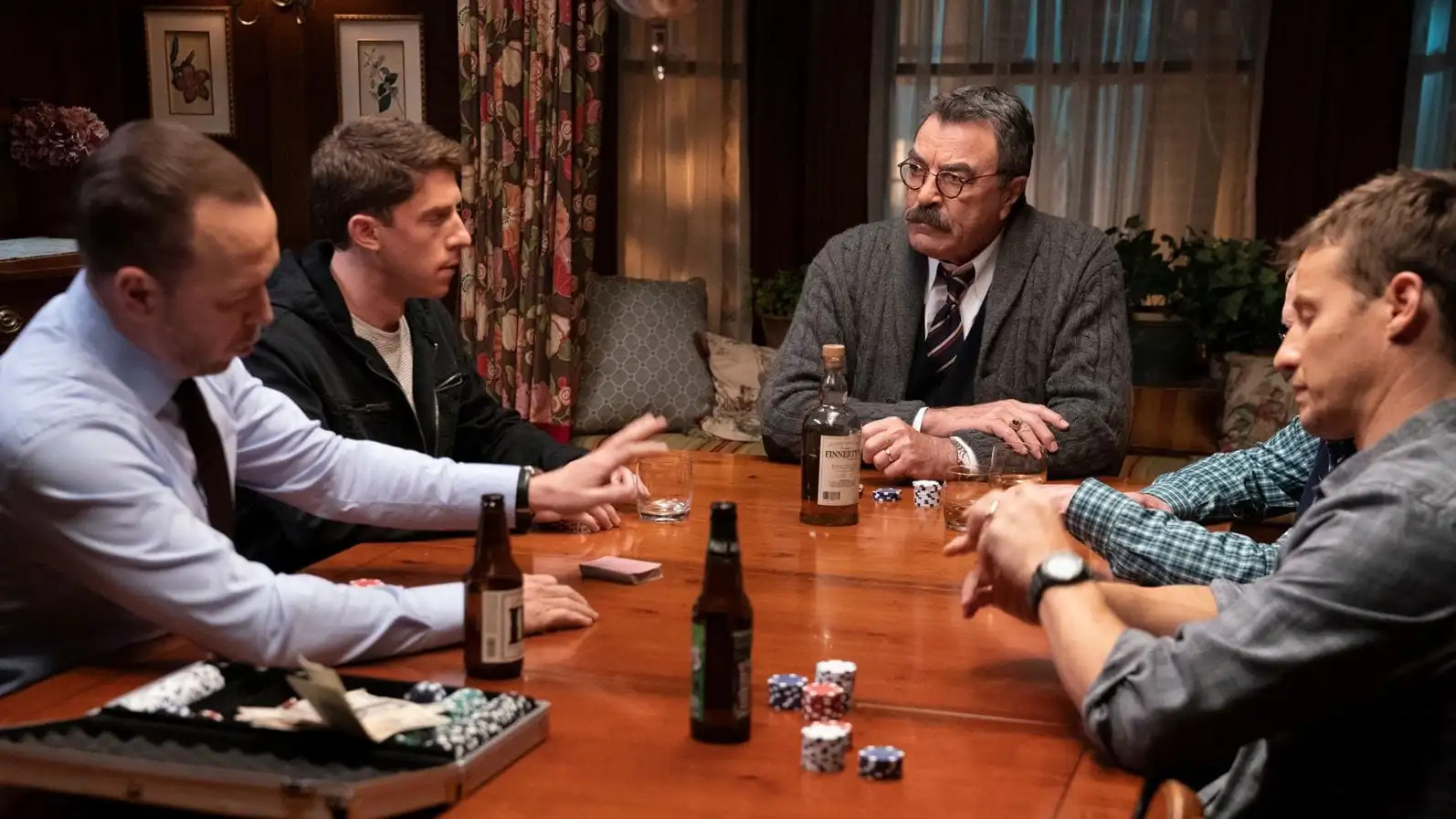 Created by Robin Green and Mitchell Burgess, ‘Blue Bloods’ is a police procedural with a new case to solve every episode. However, the show stands out due to its outstanding plotline, which intricately layers crime-solving drama with the personal lives of the fictional Reagan family. With a deep-running history in the police force, most members of the Reagan family are actively involved in law enforcement and thus have to balance family dinners and police work in their quest to keep New York safe.

Season 11 ends pleasantly as the Reagans finally realize that Joe Hill is the son of late Joe Reagan and is very much a part of their family. Thus, Hill finally gets his much-awaited homecoming as the family rescues him and welcomes him to their dinner table. With season 12 on the horizon, fans have been anxious to know that the premiere episode has in store. Let’s find out, shall we?

Blue Bloods Season 12 Episode 1 will premiere on October 1, 2021, at 10 pm ET on CBS. New episodes will be dropping weekly on Fridays with an average runtime of 42-44 minutes.

You can watch ‘Blue Bloods’ season 12 Episode 1 on CBS at the aforementioned date and time, provided you have a valid cable subscription. However, if streaming online is more your forte, new episodes can be found on the CBS official website as well as Paramount+ after their release. Viewers who prefer Live TV subscriptions can catch the episode on DirecTV, FuboTV, and YouTube TV.

The episode will seemingly be available post-release from Video-on-demand services like Amazon Prime Video, Vudu, Google Play, and iTunes. Additionally, a subscription to Hulu can get you a headstart on the first nine seasons of the show. You can watch it on the platform here!

‘Blue Bloods’ season 12 Episode 1 is titled ‘Hate is Hate.’ The episode will showcase a high-profile shooting that will lead Frank Reagan to devise his own way of dealing with the rise of crime in New York. However, the Mayor will beg to differ, thus, leading to a clash of ideologies. On the other hand, a unique and hard-to-solve murder of a young boy will leave Danny Reagan scratching his head until he decides to visit a psychic to get some answers.

Besides, we will also get to focus on prosecutor Erin Reagan as she dives headfirst into a case that is several years old. Additionally, the premiere episode of the twelfth season might also focus on Joe Hill’s relationship with the rest of his family and undoubtedly feature the famous weekly Reagan family dinner. Here’s a sneak peek of what you can expect in season 12’s premiere episode!

Blue Bloods Season 12 Cast: Who is in it?

Season 12 will see the main cast reprising their roles as members of the Reagan family, which comprise Donnie Wahlberg as Danny Reagan, Bridget Moynahan as Erin Reagan, Will Estes as Jamie Reagan, Len Cariou as Henry Reagan, and Tom Selleck as Frank Reagan. Other prominent cast members starring in season 12 include Cheryl Freeman as Sandra Harris, Carmen M. Herlihy as Han Tran, and David Lee Huynh as Minh Tran.