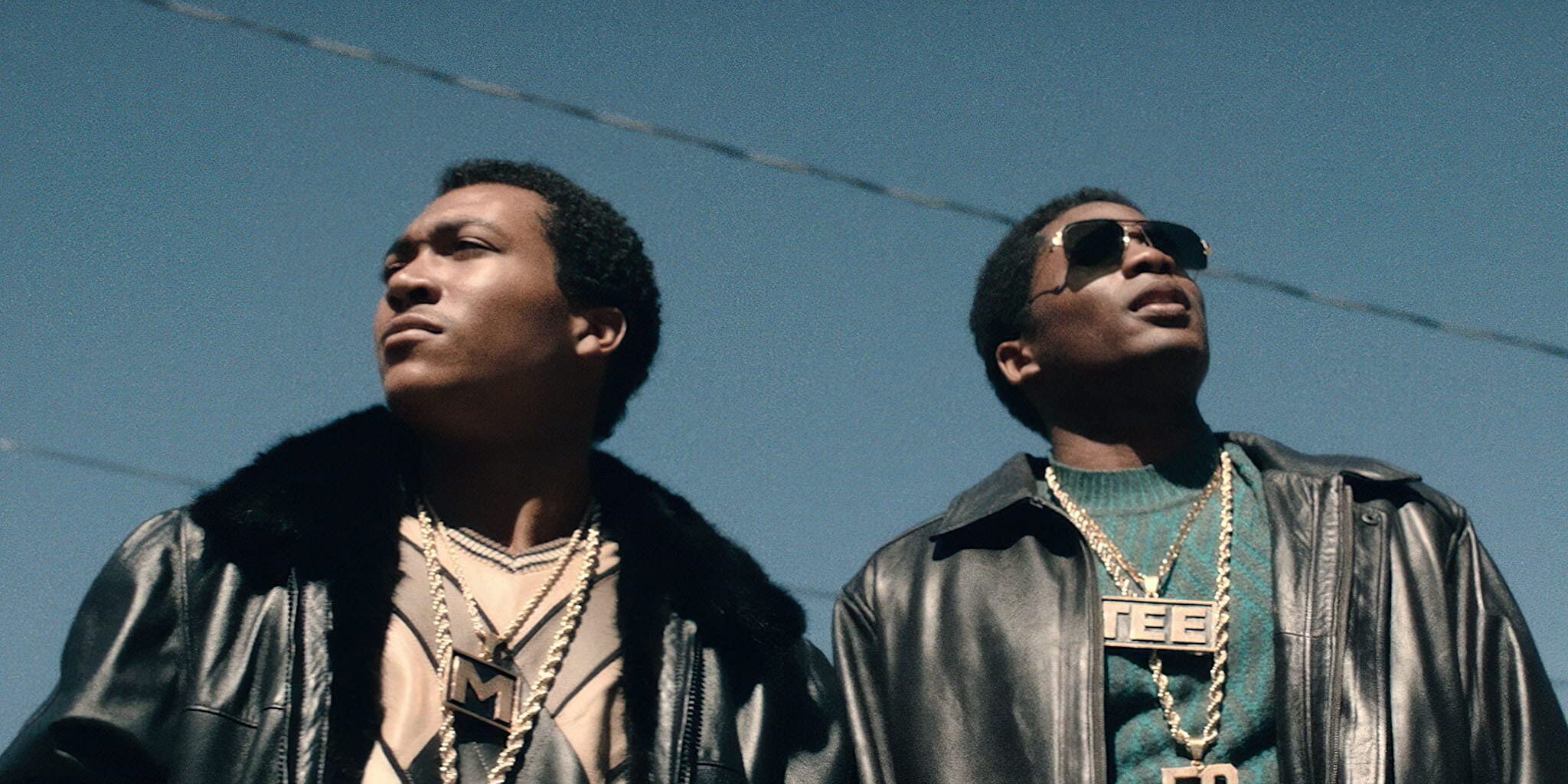 ‘BMF’ or ‘Black Mafia Family’ is a crime drama series created by Randy Huggins. Set in the 1980s, the show follows the rise of the Flenory brothers from southwest Detroit, who went on to establish one of the most powerful crime families in the USA. Their unquestioned loyalty towards the family makes them successful but also becomes the pivotal factor that leads to their estrangement.

The Starz series first premiered in September 2021 and received an overwhelmingly positive response. The critics praised the show for its gritty yet compassionate storytelling that is inspired by the life of Demetrius “Big Meech” Flenory and Terry “Southwest T” Flenory. Moreover, the performances of the cast members garnered attention from the critics and audiences. Naturally, fans are eagerly waiting to hear whether or not the show will return with a second edition. Well, here is what we know!

‘BMF’ season 1 released on September 26, 2021, on Starz, with the season coming to an end on November 21, 2021. The first round of the show consists of eight episodes that run for about 52 minutes each.

You will be happy to hear what we have to share about the show’s sophomore run! On September 30, 2021, Starz announced that it had given the series the go-ahead for a new round. The announcement came only days after the series debuted, which is hardly unexpected, given that it received a solid opening.

Y'all really came out for this one. #BMF SEASON TWO is coming to @Starz 👊🏾 pic.twitter.com/KYijQ9UO2H

The cast and crew reportedly began filming for the inaugural season in January 2021, which premiered about eight months later. With the crime series getting an early renewal, the upcoming installment is likely to be ready well in time for the new broadcast season in 2022. With that said, we can expect ‘BMF’ season 2 to release sometime in Q3 2022.

That’s not all! In an interview with Metro in November 2021, executive producer Curtis Jackson AKA 50 Cent teased multiple installments of the show. He said, “It’s almost like a different city every season we’ve got to get to, just tell a picture of the full story.” Moreover, the cable network has already ordered a documentary series by 50 Cent, which only goes on to show how much confidence it has in the rapper, actor, and producer, who has become a key player for Starz. After all, he is a driving force behind the ever-expanding ‘Power’ Universe.

Since the series revolves around the Flenory brothers, we can count on Demetrius Flenory Jr. AKA Lil Meech and Da’Vinchi to reprise their roles as Demetrius Flenory AKA Big Meech and Terry Flenory AKA Southwest T, respectively. Others who are likely to return in season 2 are Russell Hornsby (Charles Flenory), Michole Briana White (Lucille Flenory), Eric Kofi-Abrefa (Lamar Fields), Ajiona Alexus (Kato), Myles Truitt (B-Mickie), and Steve Harris (Detective Bryant).

The first season also features some interesting players, who we may see in the new round as well. They are Kash Doll (Monique), Wood Harris (Pat), Snoop Dogg (Pastor Swift), Lil’ Zane (Sockie), La La Anthony (Markaisha Taylor), and others. Along with the returning cast members, expect to see several new faces as showrunner Randy Huggins hinted at “many more cameos.” Eminem appears in a cameo role as White Boy Rick in the first installment. Therefore, some known stars from the entertainment industry might step in briefly for season 2.

BMF Season 2 Plot: What can it be About?

The first season primarily revolves around how Meech and Terry establish their drug business. As it propels their life into chaos, it poses a risk to them and those who are close to them. But most importantly, it puts them on the path to collision with Lamar. Towards the end of the season, the gang The 50 Boyz is disbanded, and brothers Meech and Terry are no longer on the same page. While Meech wants to solidify their drug business in Detroit, Terry wants to focus on their family and distance himself from criminal affairs.

In the second season, the storyline might explore other locations as suggested by 50 Cent, “There’s so much to really get to…. they [the Flenory brothers] had business in St. Louis, we’ve got to get to Atlanta and we’ve still got to get to LA. And to Mexico to get the drugs.” At the same time, Da’Vinchi (Terry) expressed his interest in exploring the dynamic between Meech and Terry in the future storyline. “It’s gonna be more of everything as they’re going to get older and more mature,” he said. “That only means that competition is going to get worse… more money, more problems,” he added. Therefore, we can expect an even more intense season 2.

Read More: Is BMF Based on a True Story?