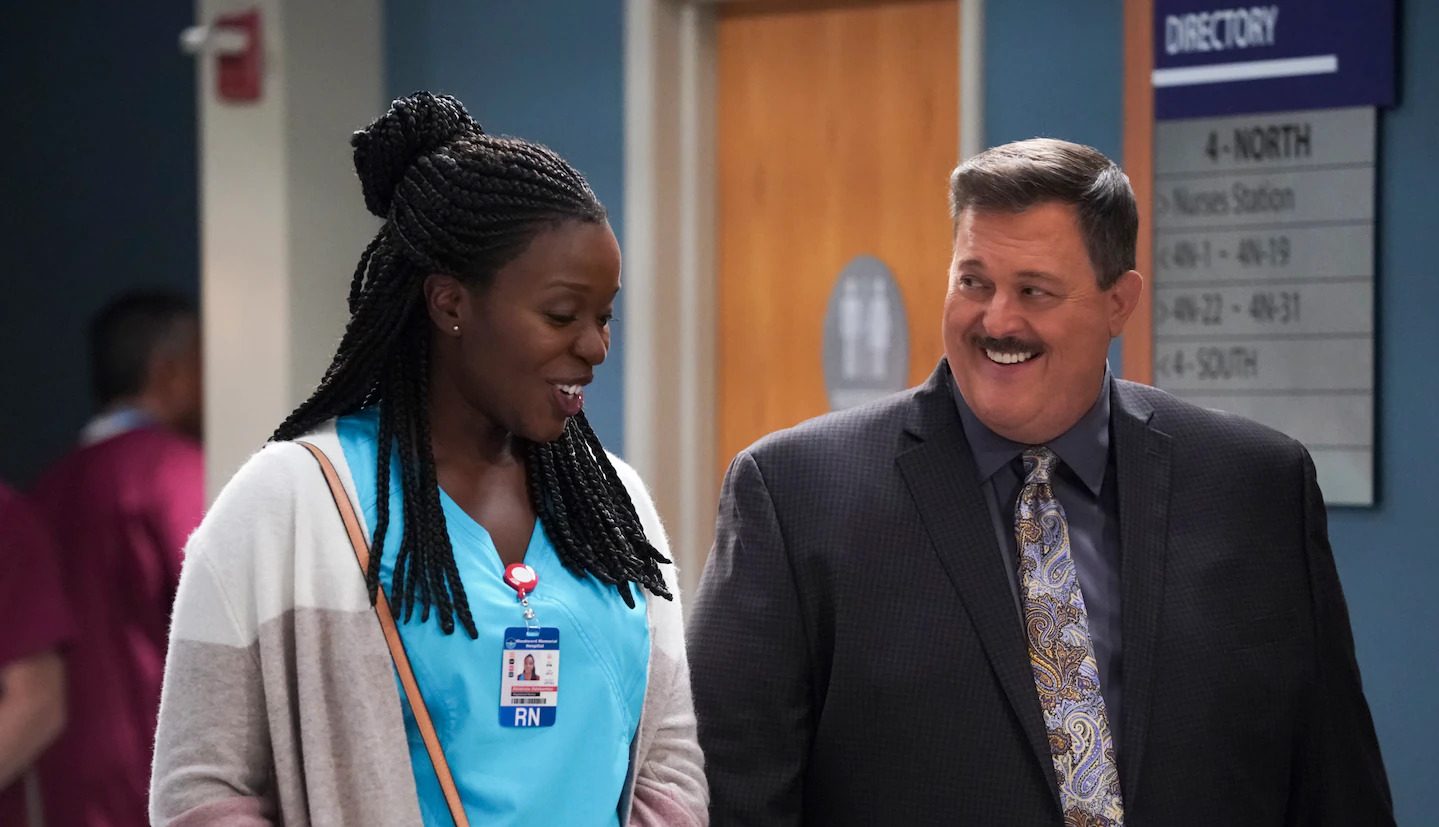 ‘Bob Hearts Abishola’ season 3 episode 10 is set to air on January 3, 2022, at 8:30 pm ET on CBS. The season will be returning after a four-week hiatus. Typically, new 21-minute episodes arrive weekly every Monday. So, we can expect the show to resume its usual broadcast schedule.

You can watch ‘Bob Hearts Abishola’ season 3 episode 10 on cable by tuning in to CBS at the date and time specified above. The episode will also be available on CBS’ official website. Moreover, subscribers can catch the upcoming episode on the streaming service Paramount+. Apart from these options, you can also choose to watch it on several live-streaming platforms such as FuboTV, DirecTV, Xfinity, YouTube TV, and Hulu+Live TV. In addition, you can rent or purchase the latest episodes on Spectrum, YouTube, Amazon Prime Video, Google Play, Vudu, iTunes, Microsoft Store,

The tenth episode of the season is titled ‘Tunde123.’ In the new episode, Tayo will give Dele a credit card, and Abishola will come to know about it. Fearing that Dele is being spoiled, she will decide to be stricter with him. Seeing her harshness, Bob will feel bad for Dele and go behind Abishola’s back to make a special gesture for the boy. This could potentially cause Bob and Abishola to find that their parenting styles clash, causing differences that they will need to sort out. We can also expect their mutual love for Dele to bring the two closer together and resolve their issues.

Titled ‘I’m Not Edsel’, season 3 episode 9 turns out to be slightly upsetting for Bob, as well as Abishola who gets caught between her mother and husband. When Bob forces a reluctant Abishola to accompany him to Tunde’s house, she begins to suspect that Bob might be up to something. Upon arriving there, she is pleasantly surprised to find Dele and her mother Ebun, whose visit has been arranged by Bob. From the beginning, Ebun starts finding faults in everything, including her daughter’s apparent weight gain to stating that Bob has not done too grandly in terms of business.

Upon arriving at Bob and Abishola’s house, Ebun begins to boss everyone around and even makes Bob feel bad about winning the Businessman of the Year title only once. While Abishola and Dele catch up with each other, Bob is left feeling upset about Ebun’s remarks on his capabilities. Abishola and Dele initially try to defend Bob in front of Ebun, but their efforts fail. Abishola also tries to console Bob but when Ebun continues to complain, it leads to a massive argument between the mother and daughter.

Ebun decides to move in with Olu and Tunde but ends up bickering with Olu as well. When Abishola tells Gloria and Kemi about the situation, both offer differing opinions about what she should do. Meanwhile, Bob tells Dottie, Christina, and Douglas that he wishes to expand MaxDot, but they disagree with his proposed changes and reassure him that he has already achieved a lot. In the end, Ebun and Olu drag Tunde into their argument but unitedly gossip about him after he leaves annoyedly.

Read More: Is Bob Hearts Abishola Based on a True Story?