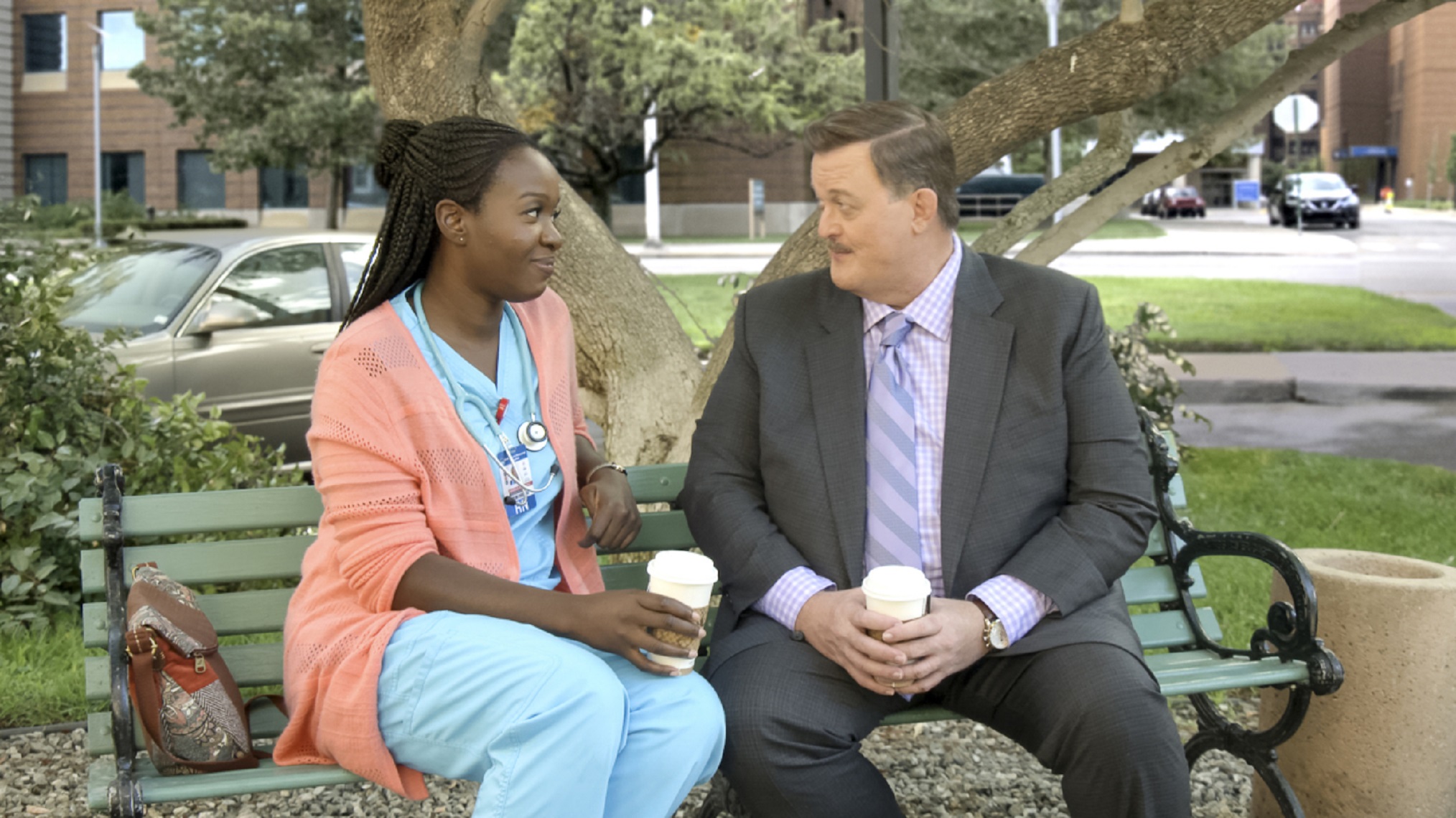 ‘Bob Hearts Abishola’ is a much-loved television show on CBS. The sitcom revolves around Bob, a successful businessman in Detroit, and Abishola, a Nigerian nurse. Bob first meets Abishola at Woodward Memorial Hospital and immediately takes a liking to her. They are from very different worlds, and Bob has to work hard to win Abishola over. Created by Chuck Lorre, Eddie Gorodetsky, Al Higgins, and Gina Yashere, the sitcom first released on September 23, 2019.

The series has got the viewers and critics divided in their opinions. While some people appreciated the interracial and intercultural romance, they also felt that the series often leaned on stereotypes for comedy. The show has received nominations at the Primetime Emmy Awards and Art Directors Guild Awards for cinematography and production design. Folake Olowofoyeku (Abishola) also earned a nomination at NAACP Image Awards for Outstanding Actress in a Comedy Series. As the second season has come to an end, the fans must want to know if there will be a third season anytime soon. So here is everything we’ve gathered!

‘Bob Hearts Abishola’ season 2 premiered on November 16, 2020, on CBS, with the season coming to a close on May 17, 2021. The second season consists of 18 episodes with a runtime of 18-21 minutes each. With regard to the third season, the fans will be happy to know that CBS ordered another round of the sitcom on February 17, 2021. Despite receiving a mixed response, the show rakes in a decent number of viewers. The first season drew 7.54 million viewers on average, and although the numbers have dipped a little, the second season attracted 6.7 million viewers. Therefore, it comes as no surprise that the series has been greenlit for the third time.

We're so excited to be coming back to you for a Season 3 of #BobHeartsAbishola! Here's a special thank you from @BillyGardell and @TheFolake for our amazing fans. ❤️ pic.twitter.com/6iDN3O81C5

An exact release date for the third season is yet to be announced, but it has been confirmed that season 3 would be part of the 2021-2022 broadcast season. The first season released in September 2019, but the second season was delayed due to COVID-19; so, season 2 arrived in November 2020. Therefore, if there are no delays this time around, we can expect ‘Bob Hearts Abishola’ season 3 to release sometime in Fall 2021.

Bob Hearts Abishola Season 3 Cast: Who can be in it?

Other actors who we may see in the third season are Anthony Okungbowa (Kofoworola “Kofo” Omogoriola Olanipekun), Bayo Akinfemi (Goodwin Aderibigbe Olayiwola), Gina Yashere (Kemi), and Vernee Watson (Gloria Tyler). There may also be a few additions to the cast in the upcoming season.

Bob Hearts Abishola Season 3 Plot: What can it be About?

As the second season comes to a close, we know that Bob and Abishola are looking forward to their big day, and Bob wants Dele to be his best man. However, Dele is in Nigeria with his father, Tayo, who is trying to keep him in the country rather than letting him return to the USA. As the couple tries to decide on a date for their wedding, they realize that the perfect date is only three weeks away. Naturally, Abishola has a lot on her hands. The third season will continue Bob and Abishola’s love story. Marriage is bound to bring about some changes in their equation. We may also find out if Dele manages to return to the USA to be with his mother or not.