When Will Body Cam Season 2 Come Back on ID? 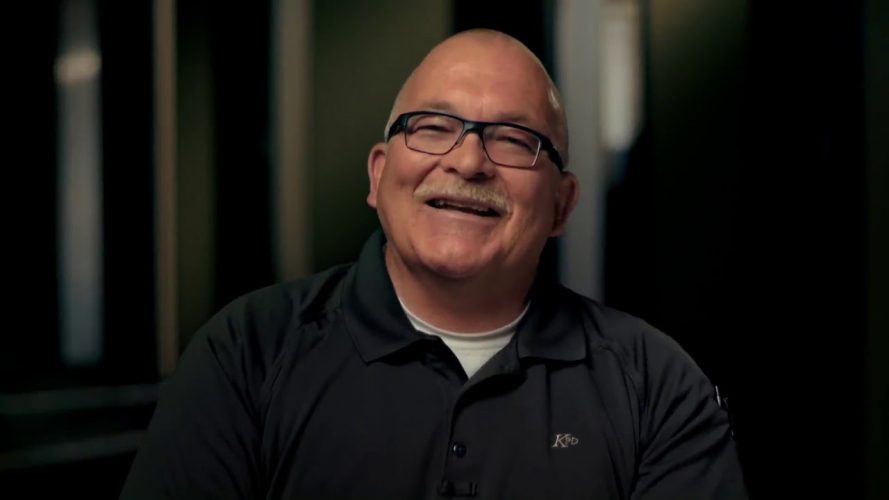 ‘Body Cam’ is a docu-series on Investigation Discovery directed by Chris Bairstow, Rebecca Kenna, Andrew Parkin, and Stephen Lennhoff. Tom Keeling has created the series. He is also a producer and composer by profession, best known for his works in ‘The Head Hunter’ (2015) and ‘Dead or Alive’ (2013).

The series showcases the actual footage of law enforcement officers’ daily activities throughout the country. It enlightens the normal citizen with the difficulties officers go through regularly to ensure their safety. The first season of the series opened to rave reviews, following which it was renewed for a second edition. However, season 2, after airing 10 episodes, went on a hiatus. Here’s when ‘Body Cam’ season 2 episode 11 releases on ID.

Body Cam Cast: Who’s in it?

‘Body Cam’ contains real-life documentaries and the narration of these stories is done by J. V. Martin, a famous voice actor who has narrated for many documentaries and TV shows. Real-life docu-series are not really known for a familiar returning cast, as the actors are chosen in each season as per the demands of the scripts.

What is Body Cam About?

‘Body Cam’ is an action-packed series describing the live situations of police officers encountering crimes in their day to day lives. One can actually witness the pressure they sustain to take instant decisions on which their lives depend. With the help of the cameras attached to their bodies, audiences believe they are actually with them on the sites of crime. It gives viewers an idea of the unusual and potentially dangerous activities undertaken by law enforcement officers.

“Body cameras are meant to provide accountability and, while such footage oftentimes faces public scrutiny, we hope that this series will shed some further light on the dangers that officers regularly face in their daily effort to keep us safe,” said Henry Schleiff, Group President of Investigation Discovery, Travel Channel, American Heroes Channel, and Destination America.

He added, “Indeed, by showing actual footage of these harrowing encounters, Body Cam not only offers an intimate and intense look at law enforcement but also provides the viewer with a visceral sense of what life is like for those who must, on occasion, risk their lives to protect ours.”

Some of the cases documented include law enforcement officers matching wits with a lone gunman, a deadly break up between two lovers, a little boy who finds his life at stake amidst traffic, and State Trooper injured severely at the hands of a killer, among others. Each unfortunate incident is closely followed as officers struggle to put an end to them.

In another episode, a heavily armed detective along with his team pursues a potentially fatal search warrant where things go way out of hand and the team finds itself under heavy fire. A deranged man with a knife is chased on foot by the police and the situation could just as easily go out of hand.

Further, a convicted felon steals a truck and drives about recklessly, ramming anything on his way to escape pursuit. There are several unusual cases recorded, one such being of a partially naked man who attacks an officer out of the blue, injuring him heavily. We visit a County Jail where a gunman brings officers under the firing line, leaving one grasping for his life.

We follow these officers as they track down armed carjackers while under fire, nab muggers, thieves and killers, and prevent attempted murderers. Their aim is to avert potentially dangerous crimes and eventually eradicate misdemeanors, infractions, illegal activities and violations. In another turn of events, an innocent dispute turns deadly and results in a hostage situation where children’s lives are endangered. We see an accident take the form of multiple killing and as the police rush to the scene, these armed killers flee.

Each episode brings to light deadly encounters faced by the police officers in an up, close, and personal manner which makes it so thrilling. So, make sure you don’t miss the series if you are into cop shows.