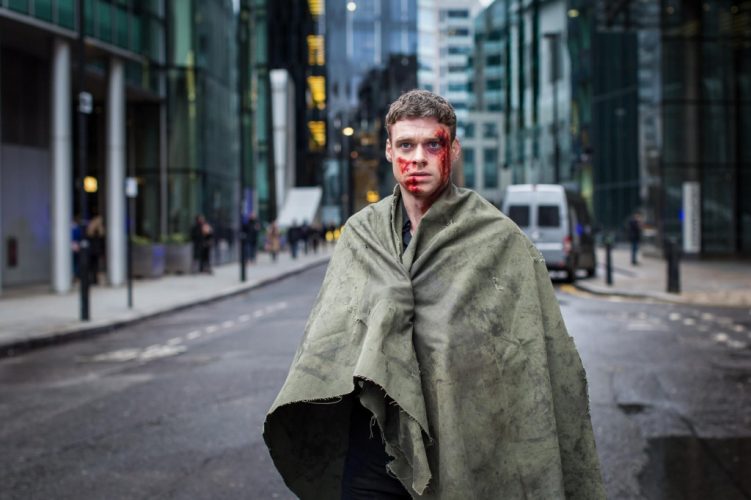 Bodyguard is a drama series that centers around the political turmoil in the United Kingdom. The political thriller series first aired on August 26, 2018 on BBC One. The show was later picked up by Netflix for international distribution. The show is written and created by Jed Mercurio and stars Richard Madden and Keeley Hawes in leading roles. Thomas Vincent and John Strickland serve as the directors, while the show is executive produced by Simon Heath, Elizabeth Kilgarriff and Jed Mercurio.

Bodyguard was immensely successful when it first released. It was nominated for two Golden Globes – Best Television Series – Drama and Best Actor – Television Series Drama; the latter was won by Richard Madden. The first season of the show was also lauded by the critics, with several praising show’s taut story-telling. Variety had this to say about the show: “Both juicy in its delving into character psychology and rippingly ready to tear up its playbook as it goes, it’s a six-episode ride that demands, and rewards, a quick binge.”

Bodyguard Cast: Who is in it?

Sergeant David Budd is played by Richard Madden of Game of Thrones’ fame (the mighty Robb Stark). Budd is a Protection Command bodyguard and a former soldier of the Afghanistan War.

The Right Honourable Julia Montague is played by Keeley Hawes. Montague is the Home Secretary as well as Conservative MP for Thames West.

Vicky Budd is played by Sophie Rundle. She is the ex-wife of David Budd. She is a mother to two kids named Charlie who is seven years old and Ella who is ten years old. She serves as a ward sister at a London hospital.

Rob MacDonald is played by Paul Ready. He serves as a special advisor to the home secretary.

Vincent Franklin stars as Mike Travis, who is Acting Home Secretary and Minister of State for Counter-Terrorism.

Stephen Hunter-Dunn is played by Stuart Bowman. He serves as a director general at MI5.

Chanel Dyson is played by Stephanie Hyam. She serves as  the PR Adviser to Julia Montague.

Andy Apsted is played by Tom Brooke. He is a great friend of David Budd and a war veteran. Now, he is the leader of the anti-war Veterans Peace Group.

Chief Superintendent Lorraine Craddock is played by Pippa Haywood. She is Budd’s supervisor and also the head of Protection Command.

The Right Honourable Roger Penhaligon is played by Nicholas Gleaves. He is Julia’s ex-husband and the Conservative Party Chief Whip. He is also a member of Parliament from Surrey North.

Bodyguard Plot: What is it about?

The series revolves around Sergeant David Bud, touted by many as “the sociopath”, who is more like a James Bond-type character with a responsibility to protect the home secretary. Bud is a disturbed war veteran who has been newly appointed as a sergeant of the London Metropolitan Police Service’s Royalty and Specialist Protection Branch. In the past, he had successfully seized a terrorist threat in the Afghanistan War.

The ambitious Julia Montague has plans to bring in new and invasive surveillance techniques in the security force. She calls a secret meeting when a terrorist group threatens to attack the U.K. David is consumed by the ominous threat and is under constant pressure to protect the home secretary. He is torn between his duties and Montague’s policies, her outrightly ambitious personality, and the stress that comes with dealing with her. The scars from his psychological scars in Afghanistan serve as more hindrance on his path.

David tries to protect the home secretary the best he can. But nothing can stop Montague from seeking victory with her political ambitions. She is ready to fight back without a care about the threats to her life. Disastrous attempts are made at her life, and David finds himself dealing with the adverse consequences of the destructive events as he is blamed for it. He is cross-questioned by a team of detectives.

David locks horns with his PTSD and leaves no stone unturned in his personal investigation. He tries to get to the bottom of the conspiracy which is being planned under the nose of the government. Since he is investigating the case without any security, it can put his life into danger too, but he is unrelenting. An assassination attempt is made at his life, but his ex-wife comes to his rescue. In the midst of all this chaos, David makes an important discovery from his examination of the attack on the home secretary. The discovery is a shocking surprise to him.

Bodyguard Season 2 Release Date: When will it premiere?

Bodyguard Season 1 premiered on August 26, 2018. As far as the next season goes, things are not completely confirmed at the moment.

Bodyguard creator Jed Mercurio had this say about the possibility of another season. “We have been very fortunate with the success of series one,” he told The Sun. “It’s probably fair to say we would probably approach any thoughts of a second series with the idea that it would create an opportunity for a third or fourth. If the ratings hadn’t been quite so high, then possibly everybody involved including the BBC would have said, ‘Well that was a nice little series, but we’re just going to leave it at that, and there won’t be any more’. So you are a hostage to fortune in that sense. And we do feel very privileged and fortunate that there’s been such a response that it gives us that opportunity to at least think about doing more.”

You heard it. If things go right, not just second but a third and a fourth season may also be in order! Our best guess is that if the show does get renewed, Bodyguard season 2 can release sometime in 2020. We will update this section as soon as we hear more.

While we wait for an update on season 2, check out the season 1 trailer to refresh your memories.  If you haven’t seen the show yet head over to Netflix to catch all the episodes of the previous season.