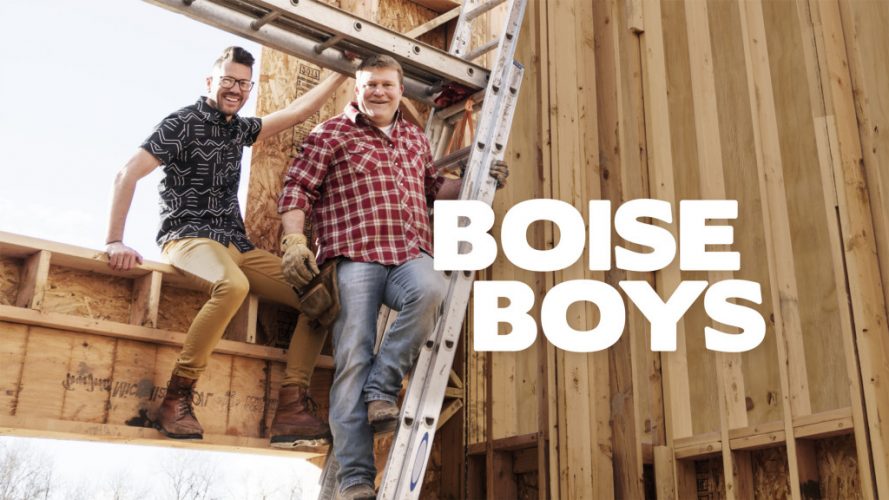 ‘Boise Boys’ is an American reality TV show that centers around two pals, Clint Robertson and Luke Caldwell, who are into the house flipping business. The show first premiered on May 21, 2017 on HGTV. Robertson is a builder as well as a licensed contractor, while Caldwell is the home designer. The show showcases some of the house renovation they do in their hometown, Boise, Idaho. The duo buys and sells these renovated homes through their company named Timber and Love.

Notably, HGTV is popular for shows about houses and living. They have shows like ‘Log Cabin Living‘ and ‘Hawaii Life‘, which are fan favorites. However, the network also has several shows that follow the formula of juxtaposing house renovations while showing the partnership between the renovators. These people are related to each other somehow; either they are friends or married, or siblings. Anyway, the focus is to show how two halves make a whole when it comes to presenting a united front and executing a vision to make each house as unique and appealing as possible. Some of these shows include ‘Flip or Flop‘, ‘Home Town‘, ‘Property Brothers‘, and ‘Hidden Potential‘. ‘Boise Boys’ is right up there with them. In the show, we get a glimpse into the dynamics of friendship and how it plays out in the personal lives of Luke and Clint.

Boise Boys Cast: Who is in it?

The main cast of ‘Boise Boys’ includes Luke Caldwell and Clint Robertson. Obviously, the duo is expected to return in the upcoming season since they are the prime focus of the show.

Luke and Clint are not alike at all and have their own unconventional and opposite approaches to renovations of houses. Luke is the refined designer who likes to reach for the stars, while Clint is the grounded one who cares about the bottom line of the renovation. One without the other would never have successfully renovated a house. Either the house’s renovation would stay within budget but lack originality, or it would be highly original and become a bottomless pit of spending. However, these two friends combine their artistic sensibility and pragmatism to make the renovations and the show a resounding success.

Boise Boys Plot: What is it about?

The plot of ‘Boise Boys’ is about Luke and Clint, who are best friends, and they have one goal – to make Boise beautiful one house at a time. Renovation requires art and level-headedness and this is what the duo bring to the table. ”We are both type A, hard-working and detailed-oriented,” says Clint. “While that combination can certainly lead to significant head-butting, we constantly strive to remember that each of us is there to serve the other, the home, the neighborhood and ultimately the families who will call our renovation ‘home.'”

Notably, the two met when they formed their company Timber and Love, the realty and design based firm in 2015. There has been no looking back since then for our boys from Boise, and the show ensures that we know them on a personal level. We are introduced to their families, which includes Robertson’s three children, and the six children of Caldwell, of whom four are special needs kids adopted from China. Luke and Clint are special as is their show since they discuss their successes as well as their failures. This gives a more authentic feel to it since realtors only advertise success stories, making the shows feel a bit staged.

Clint spoke about this to the Los Angeles Times saying, “At the end of the day, that’s our name on a house and we’re going to make it right. It’s happened more than once — we painted an entire house, and it’s not cheap to paint the exterior of a 2,500-square-foot house. We looked at it and both went, “Ick!” And we repainted it. It was a gray that was way too purple; looked like a giant Easter egg. We used a little darker gray and it looks incredible now.”

However, the duo is quick to insist that during renovations, there is no giving up until the sign for sale goes up. They urged people who renovate homes themselves to follow this advice, saying, “The good news is that if we don’t like the final product, we can change it before we reveal it — and we’ve done that plenty of times. We don’t want to sell a home that we aren’t super excited about ourselves. We can’t tell you the number of times we’ve repainted an entire house, ripped out tile, moved light fixtures, etc. We would advise anyone else doing renovation work for themselves or others: don’t be afraid to make mistakes or change your mind. In the long run, you’ll be much happier and the home will be the better for it.”

What really stands out about the show is the love the friends infuse into every project. It is evident that they not only care about the renovations to the houses but care about Boise as well since the houses are all infused with something akin to the soul of the place. This can be anything, from a glass light fixture that is hand blown, to a headboard that has been made from a 70-year-old tree. The heart of Boise resides in every home these friends work on. Hopefully, the upcoming season will see them take on more new projects and turn them into spectacular success stories.

Boise Boys Season 3 Release Date: When will it premiere?

‘Boise Boys’ Season 2 premiered on April 24, 2019. While there is no news yet from HGTV about an upcoming season, there is no reason to believe that the popular show will not be renewed. In all likelihood, ‘Boise Boys’ Season 3 will air sometime in April 2020. However, do stay tuned for an official update on the release date.

While we wait for’Boise Boys’ Season 3, check out the trailer for Season 2 below. If you have not seen the series, and you’re someone who enjoy house renovations, then this is the show for you.