Will There be a BoJack Horseman Season 7 or is it Cancelled? 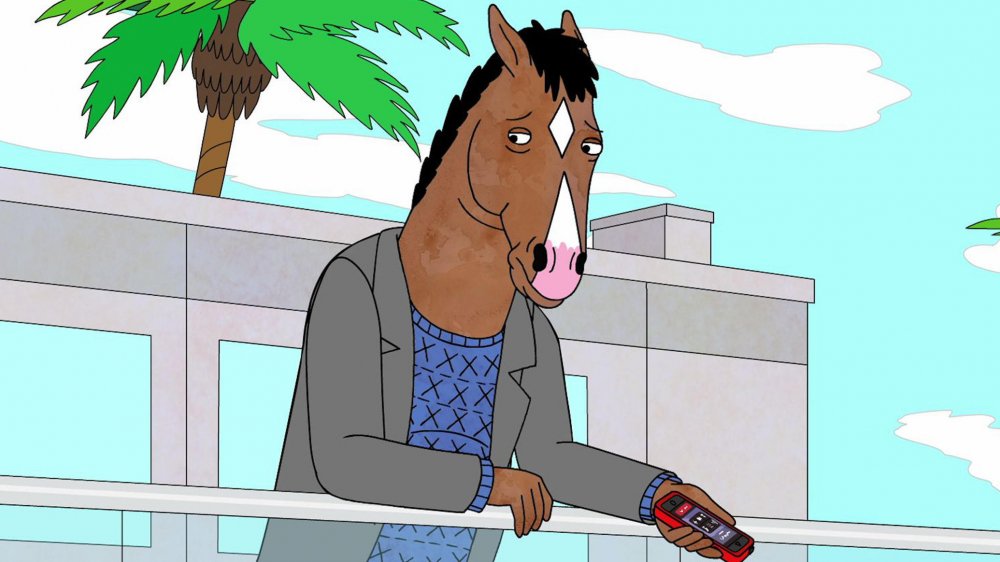 ‘BoJack Horseman’, Netflix’s longest-running animated sitcom, is created by none other than Raphael Bob-Waksberg, who is also the mastermind behind Amazon’s ‘Undone‘ and is the executive producer for the beloved but short-lived ‘Tuca & Bertie‘. Dubbed as an adult, dark comedy, ‘BoJack’ is primarily about its titular character, an anthropomorphic, alcoholic, self-loathing, and cynical “horseman”, attempting to reclaim his former status of a celebrity. He used to be the star of a 1990s sitcom, ‘Horsin’ Around’.

If you have followed the series, you would know that season 5 is one of the darkest seasons of the show, with BoJack struggling to better his self-destructive behavior. However, life does have its own ways of coming back at him and wrecking his progress. We witness how his addiction to painkillers worsens, with him even purposefully getting involved in an accident to get a prescription. But when his habit almost ends in the near-death of his co-star Gina, he decides to take responsibility for his actions. As a result, BoJack admits himself in rehab.

Season 6 picks up with BoJack inside a rehab named Pastiches for a hefty fee of $1,00,000. Here, he faces a whole-new routine of multiple therapies and sessions, which he resists most of the time with his typical acid-tongued remarks and skepticism. But the positive part it, we do witness some of the measures actually bringing some changes in his persona.

A critically acclaimed show, ‘BoJack Horseman’ managed to garner maximum responses after it started airing the second half of its first season. Conceptualized as a satire toward the entertainment industry, it reflects upon sensitive subjects such as depression, trauma, addiction, self-destructive behavior, racism, sexism, and the overall human behavior. So, no doubt, it managed to garner a lot of fans who could relate to its storyline. ‘BoJack Horseman’ landed with its sixth season in 2019. Now, will it make a comeback? Let’s find out.

‘BoJack Horseman’ Season 6 premiered with its first half of eight episodes on Netflix on October 25, 2019. Its second half is set to be released, again comprising eight episodes, on January 31, 2019.

Now, as fans might already know, Netflix had announced before-hand that the sixth is the last and final season from the great antihero drama. As per sources, this decision was made by Netflix and not by the creators since the streaming platform concluded that the show needs to finally reach a worthy end.

On a good note, it did extend its conclusive installment as long as possible. Creator Raphael Bob-Waksberg, because of the advance notice, got plenty of time to wrap up the story. As a result, fans received four extra episodes. The split came as a welcome bit of news as we have already seen other popular titles approaching this concept, including ‘Breaking Bad’, ‘The Sopranos’, and ‘Mad Men’. So, there you go. No more ‘BoJack’ for you. BoJack Horseman Season 7 stands officially canceled.

BoJack Horseman Cast: Who Is In It?

Will Arnett stars as the central protagonist, BoJack Horseman, a 50-something, alcoholic horse, currently trying to revive his 90s fame. Now, BoJack is depressed, addicted to painkillers, and has become extremely bitter. His continuous quest for seeking approval and his insecurities often result in his self-destructive actions.

Amy Sedaris plays Princess Carolyn, BoJack’s agent as well as his girlfriend. Carolyn is a Persian cat, who juggles between her professional and personal life. Alison Brie stars as Diane Nguyen, BoJack’s ghostwriter, a feminist, and a talented individual. Diane develops a strong friendship with BoJack and eventually starts dating Mr. Peanutbutter, which finally culminates in wedlock.

You can watch the official trailer for ‘BoJack Horseman’ Season 6 below. You can also head to Netflix if you wish to catch up on all the previous episodes from the series.