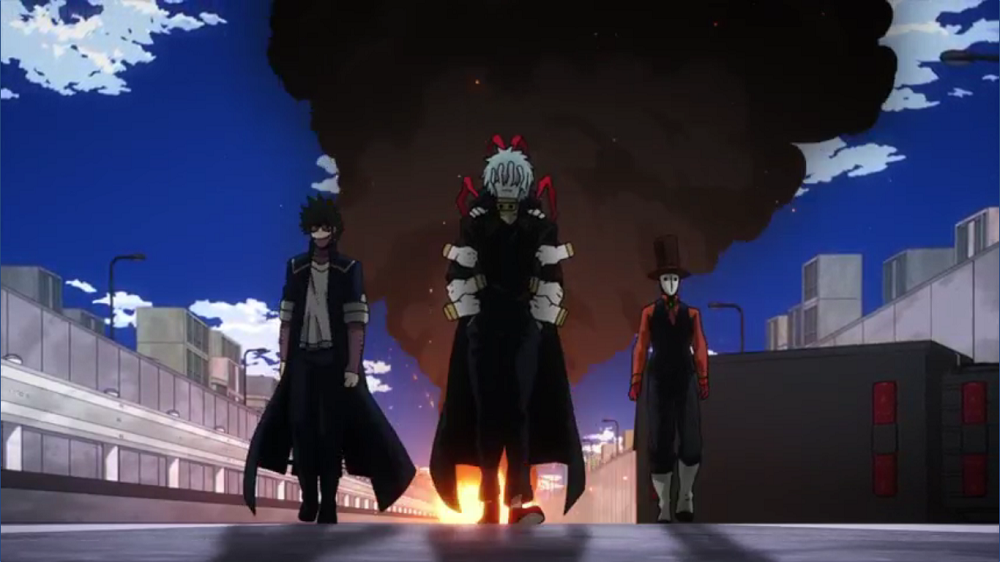 For a very long time, ‘My Hero Academia’ Season 4 was only confined to the bleak corridors of the underground tunnels where a hefty showdown ensured between the villains and the heroes. But episode 13 was a breath of fresh air as it took the whole battle outside, under the blue and out in the city. After all the bombastic action of episode 13, the fourteenth one brings more of an emotional appeal to the table.

‘My Hero Academia’ has been really surprising us so far with the most unforeseen twists and turns in the direction of its storyline and at this point, if you’re not too familiar with the source, you can’t even predict what might happen next. So to know all the possible ways in which its story could further unfold in the next few episodes read on further. But before that, let us walk you through the release date and streaming availability of its next episode.

When is My Hero Academia Season 4 Episode 15 Release Date?

‘My Hero Academia’ Season 4 Episode 15, titled “Smoldering Flames”, will release on January 25, 2020. You can stream the English dubbed version of the anime on Crunchyroll and Funimation.

My Hero Academia Season 4 Episode 15 Spoilers: What to Expect?

After the intense battle between Deku and Overhaul, Episode 14 takes a step back from all the action. Deku manages to defeat Overhaul but he himself falls to the ground as Eri loses all control over her ability. This is when Eraserhead steps in and using his quirk, he completely neutralizes Eri’s ability. In the events that follow, all the injured heroes get rescued and are sent to the hospital. While most of them only sustain minor injuries, Nighteye seems to be in a very critical condition.

Meanwhile, the ambulance in which Overhaul is being taken to the hospital gets stopped midway by Shigaraki and his men. Knowing that Overhaul is completely powerless against him now, Shigaraki cuts off both of his arms and makes him quirkless. With this, he not only proves that he is a true leader for the villains but also finally gets his revenge from Overhaul. He then says, “Next is our turn” and walks out of there with his league of villains.

Back at the hospital, the doctor tells Deku that he is doing just fine and has only sustained a few minor injuries. Soon, even Eraserhead shows up there and tells him that he got ten stitches. When Deku asks him about Eri, he tells him that she has been quarantined as she still has no control over her abilities and unlike Deku, no one else can sustain her quirk breaking abilities. The two of them then go to Nighteye’s room whose condition only seems to have gotten worse.

Togata later joins them and begs him to fight for his life. But deep inside, he, too, realizes that it’s a bit too late now and there is no way Nighteye will be able to live to see another day. Nighteye announces his final farewell, tells the boys that he’s really proud of them and drifts off into a peaceful sleep. The heroes cry their eyes out but now they’ll have to honor his death by protecting the world that he left for them.

Without his quirk, Overhaul is completely out of the picture now, however, considering all the previous unexpected twists and turns of this season, I wouldn’t be surprised if he later returns to get back at Shigaraki. So far, he was only using his hands to activate his quirk because it seemed like the most convenient way of using it. Even in the flashbacks, every time his boss asked him to use his quirk on someone, he would remove his white gloves to use his quirk on others. However, it is still unknown if he can use his quirk with the rest of his body or not. If he can, then he will certainly return later in this season.

Just like episode 14, even the next episode will not involve too much action and will take on some slice-of-life themes. Togata and Deku will try their best to recover from Nighteye’s death and so will the rest of the heroes. While they’re at it, Shigaraki will now plan something bigger to target the heroes and attack them while they’re still down after their battle against Overhaul. Even in the post-credits scene of episode 14, Deku claims that it is just the calm before the storm, so the battle between the villains and the heroes is far from over.