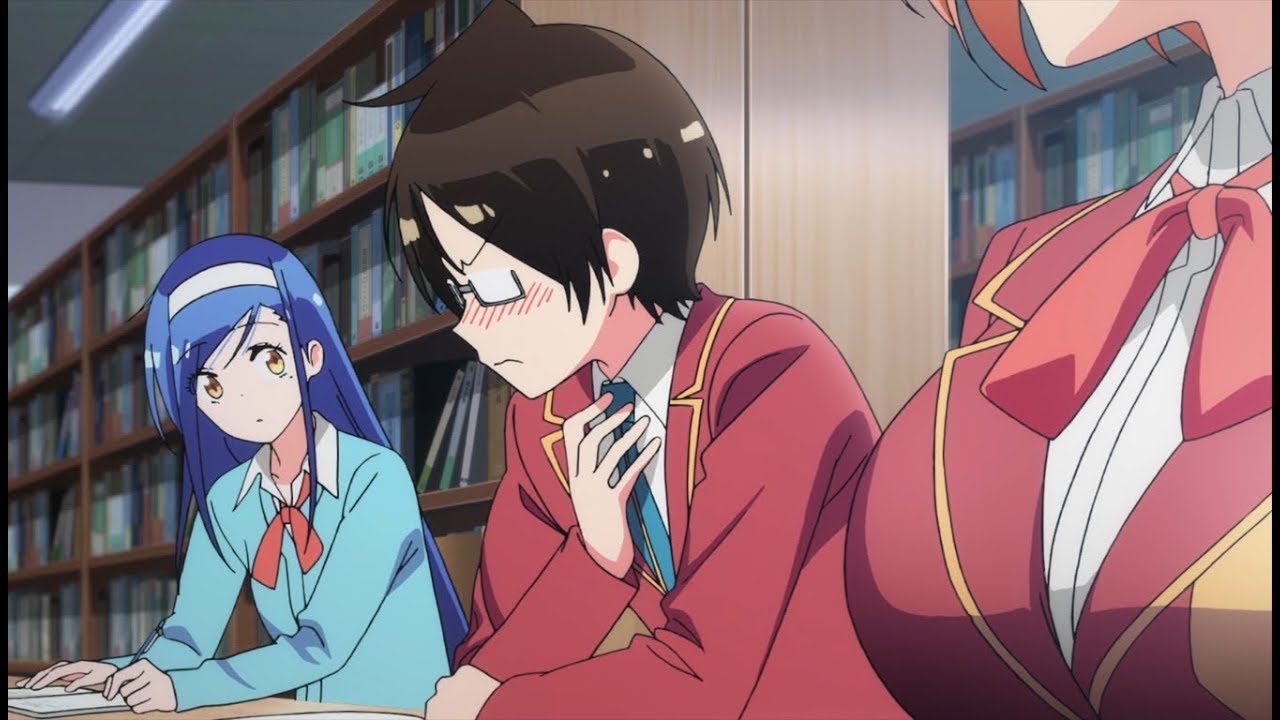 One of the best things about ‘Bokutachi wa Benkyou ga Dekinai’ (also known as ‘Bokuben’) is its characters and also the fact that its source material has been running for so long. It also manages to maintain all of its fun elements by releasing consistent content. Many rom-com shows go on a long hiatus right after their first season and that itself creates a negative impact on the flow of their overall stories. With ‘Bokutachi wa Benkyou ga Dekinai’, that is certainly not the case.

Overall, despite being clichéd, what makes this show enjoyable is its sitcom styled shenanigans, decent fanservice and its heartwarming moments. If you really enjoy watching harem rom-com shows that take more of a formulaic approach but are still fun to watch, check this one out. ‘Bokuben’ is now two seasons down , and if you have been following it all this while, you must be wondering if it will return with a season 3. Here’s everything we know.

We Never Learn Bokuben Season 3 Release Date: When will it premiere?

‘We Never Learn Bokuben’ season 1 premiered on April 7, 2019 and with a total of 13 episodes, it ended on June 30, 2019. Despite being quite a generic rom-com, the show did get popular and also managed to get a fairly decent rating on most platforms. But more than the anime, the manga from which it has been adapted, is doing really well. As of February 2019, close to 2 million copies of the manga have been sold and that’s probably one big reason why many anime viewers still want more of this show.

Even its second season, which aired from Oct 6, 2019 to Dec 29, 2019, has received a fairly good response and has been rated higher than its first season. However, despite all of this, a season 3 seems unlikely. The second season of the anime concludes with an ending that is way ahead of the timeline of its source. Moreover, even the creator of the manga, Taishi Tsutsui, has already hinted on his Twitter account that the manga’s end will not be similar to that of the anime. He wrote: “Thank you for watching the last episode of the anime. Thank you very much for making such a wonderful animation with the cooperation of many people. Regarding the relevance between the last episode of the anime and the future development of the original story… No comment (laughs). I hope that the original story will continue to be enjoyed. Thanks!”

Season 3 is only a possibility now if its creators decide to adapt some previously skipped chapters of the manga. As of now, the third season of ‘BokuBen’ has not been greenlit. In the unlikely scenario of the show getting renewed, you can expect ‘We Never Learn Bokuben’ season 3 to release sometime in 2021.

As of now, an official English Dub of ‘Bokutachi wa Benkyou ga Dekinai’ is not available but you can still stream the anime on Crunchyroll with its original Japanese audio and English subtitles.

‘Bokutachi wa Benkyou ga Dekinai’ also referred to as ‘We Never Learn’, centers a character named Nariyuki Yuiga who is an impoverished third-year high school student. He works really hard just to make sure that he receives the prestigious VIP scholarship which will cover all of his college tuition fees. Eventually, all of this does pay off well and he manages to win the scholarship he had always dreamed of.

But the whole scholarship comes with a condition—he must tutor all of the school’s geniuses in their weak subjects. Students from all different fields and branches soon join his brigade, some of whom are not good at anything at all. As easy as this task might have seemed initially, Nariyuki realizes that teaching the three eccentric students may not be all sunshine and rainbows.

Nariyuki is the main protagonist of the series who is a third-year student. He comes from a poor family and because of that, he works really hard to make ends meet. He makes an attempt to achieve a VIP scholarship so that he can waive off all of his college tuition fees. After receiving the nomination for the scholarship he was seeking all this while, he is assigned the task of teaching three of his classmates so that they can get into the universities of their choice. His extreme dedication to his studies is deeply inspired by his late father who passed away right before he entered high school. Undeniably, he is really smart but when it comes to romantic relationships or girls, he is very unexperinced and remains naive throughout the show.

Fumino is an absolute genius when it comes to art and literature but is only mediocre at mathematics. Her dream is to pursue a degree in astronomy so that she can look for a certain star. She firmly believes that her mother died and reincarnated into a certain star and that’s why she is deeply obsessed with Astronomy. She still has a father who teaches Maths at the university but her relationship with him has not been so great since her mother’s death. This is where Nariyuki comes in and he not only helps her with her studies but also rekindles her relationship with her father. To pay him back for everything that he does for her, she becomes his confidant every time he runs into any sort of girl problems.

Unlike the other girls, Rizu is really good at Mathematics and Science but her biggest weakness is understanding human emotions. To overcome this weakness, she tries her best to learn all about human psychology. She also really enjoys playing board and card games and her interest in these is usually fueled by her own grandmother who gifts her all kinds of new games. But despite being fairly passionate about these games, she is never really able to win at these because of her inability to read people. She also runs an udon shop that her family has owned for a very long time.

Uruka is not good at any of the subjects at school but she is a brilliant athlete. In order to get compete at a university level in swimming, she is expected to work on her academics and especially her English-speaking skills. After being under Nariyuki’s tutelage for a long time, she starts to fall for him but later struggles to tell him how she truly feels. Nariyuki prepares her really well with all the subjects and she is able to land a scholarship from an Australian University.

Mafuyu is a teacher at Ichinose Academy who really values the importance of education in one’s life. She firmly believes that one should take full advantage of the skills that he/she possesses and should devote a lot of time to work on these strengths. She used to be a famous figure skater once but after being inspired by Nariyuki’s father, she decided to pursue a career in teaching. A lot of times, she seems cold towards her students at school and even ruthlessly makes all of them work really hard. But despite being so hardworking and professional at school, as soon as she gets back home after a long day of teaching, she suddenly becomes a very laid back and relaxed person.

Asumi is a very tiny student who is often mistaken as a middle schooler. She isn’t too great at science but just because her father owns a medical clinic, she dreams of pursuing a degree at the National Medical University. She also works at a maid cafe known as High Stage to make sure that she is able to pay for her Cram School lessons.

Read More in Anime Preview: The Demon Girl Next Door | Do You Like Your Mom