Will There be a Bones Season 13 or is it Cancelled? 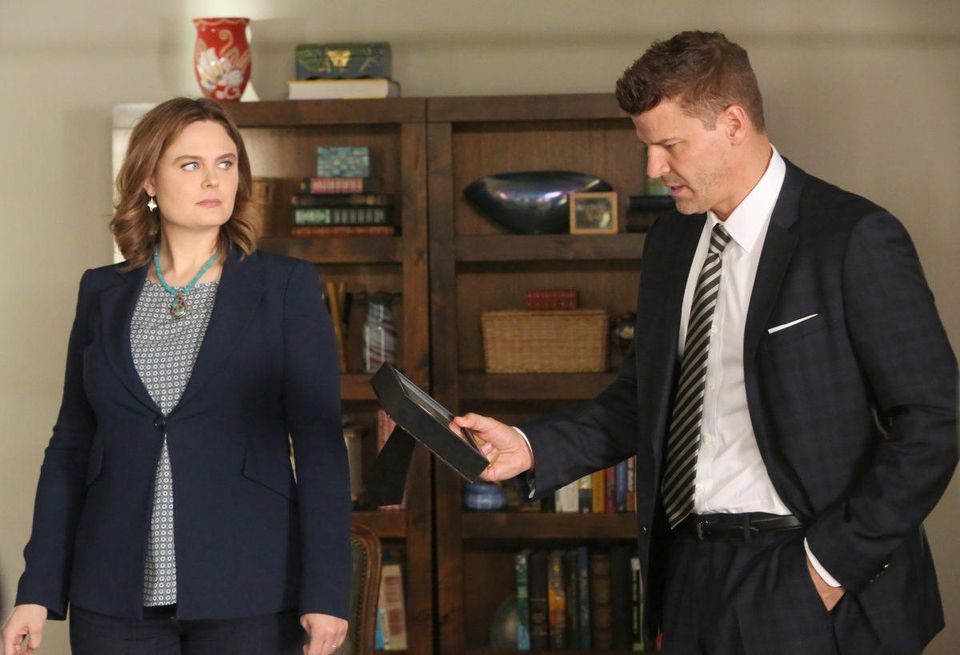 Loosely based on novels written by reputed American crime writer Kathy Reichs, Bones is the crime drama tv series that first aired on Fox on September 13, 2005. Reichs is chiefly a forensic anthropologist certified by the American Board of Forensic Anthropology. She is also on the Board of Directors of the American Academy of Forensic Sciences. In addition to several academic papers and books to her credit, she is also known for her works of fiction. Her first novel, Déjà Dead that introduced the character of Temperance “Tempe” Brennan, a forensic anthropologist was the winner of the 1997 Arthur Ellis Award for Best First Novel. Since then, she has followed the life and work of the acclaimed character in 19 more novels, known as The Temperance Brennan series. Evidently, these novels are inspired by her own life’s work.

Bones, the tv series, over the course of its 12 seasons was well liked and respected. Those who have followed the show closely would like to know, will there be a Bones season 13 or has it been cancelled? Well, read on to know about the details and future of the show.

Bones Cast: Who is in it?

Dr Brennan, the lead protagonist, is played by American actress Emily Deschanel. She happens to be the sister of the more famous, Zooey Deschanel. David Boreanaz, known for playing Angel on Buffy the Vampire Slayer, appears as Seeley Booth. Angela Montenegro (played by Michaela Conlin), a forensic artist at the Jeffersonian Institute, is Dr Brennan’s best friend and is also on her team of specialists to identify the victims. Surprisingly enough, Billy Gibbons, the guitarist of ZZ Top, plays Angela’s father. Eric Millegan plays Dr Zack Addy, Dr Brennan’s graduate student and intern, who eventually received his doctorate and joins the Jeffersonians.

Dr Jack Hodgins, played by T. J. Thyne, is the lab’s “bug and slime guy”. He is an entomologist and an expert on spores and minerals. He mostly deals with particulates and traces evidence, during an investigation, providing the approximate time of death. The Director of the Jeffersonian Institute, Dr Daniel Goodman, is played by Jonathan Adams. Dr Camille Saroyan, a pathologist, is the Head of the Forensics Department at the Institute. She is played by Canadian actor, Tamara Taylor. Dr Lance Sweets, an FBI psychologist, is played by John Francis Daley.

The series casts several other actors, such as John Boyd, Patricia Belcher, Ryan O’Neal, Loren Dean, Eugene Byrd, Brendan Fehr and Michael Grant Terry. The actors may not be big names, but they do a fairly good job on the show. All of them successfully bring their characters to life.

Bones Plot: What is it about?

The crime procedural series is loosely based on the fictional Temperance Brennan series of novels written by Reichs, which are in turn, inspired by her own life.

The interesting part is, in the series, the protagonist, Dr Temperance Brennan, also writes a successful mystery novel series, featuring a fictional forensic anthropologist named Kathy Reichs. Dr Brennan, a forensic anthropologist, leads the team at Jeffersonian Institute Medico-Legal Lab, a fictional federal institution that shares a collaboration with the FBI. The show features the solving of Federal legal cases by examining the remains of possible murder victims. Dr Brennan and her team apply their scientific expertise, while Special Agent Seeley Booth, with FBI investigation techniques, try to solve each case meticulously.

The show may not be a hardcore detective thriller or packed with adventure and mystery, but it is a drama that deals with intelligent solving of cases. The series is widely known for its darker tone. It deals with dialectic issues like the disagreement about science and faith. Brennan upholds the views of science, evidence, and atheism, while Booth argues for intuition, faith, and God.

The series explores the background and relationships of the characters, especially catching the chemistry and tension between Booth and Brennan. Another thing that is interesting about the series is the naming of the episodes, which alternatively suggests how the victim is found, like, “The Prisoner in the Pipe” and “The Recluse in the Recliner”.

Bones season 1 premiered on September 13, 2005, on Fox. The series premiere acquired an average of 10.8 million viewers. The US magazine New York adjudged the show as “the best drama of the new network season”. After the broadcast of the third episode of the season, the full series was commissioned. The season was rated fairly positively and Fox renewed the series for a second season. The second season hit a massive 9.40 million viewers, which paved the way for further seasons of the series.

The series’ successful run continued for ten more seasons after that until Fox announced that its twelfth season will be its last. The announcement came on February 25, 2016, after which Bones season 12 premiered on January 3, 2017. With its finale on March 28, 2017, which marked its 246th episode, the series ended and hence, for all practical purposes Bones season 13 stands cancelled. Though, fans of the show shouldn’t feel disappointed, because there’s a good chance that Bones will be rebooted or revived some years down the film.

All the 12 seasons of Fox’s crime drama TV series, Bones can be watched on Amazon Prime. Fans can also watch The Finder, a spin-off of Bones here.