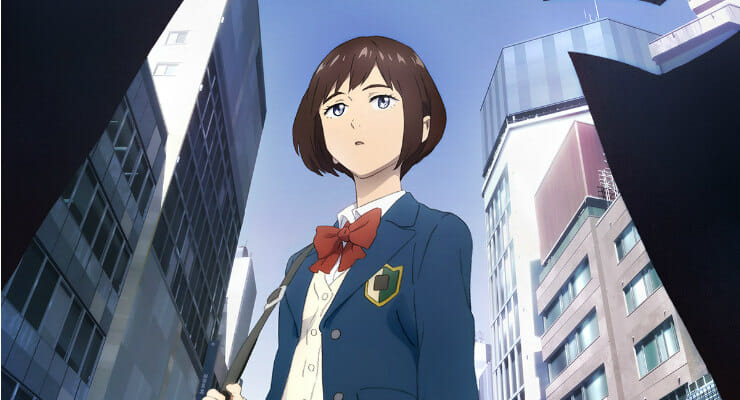 Then, in 2000, a Japanese anime studio called Madhouse decided to adapt the franchise into an anime television series, and a show titled Boogiepop wa Warawanai: Boogiepop Phantom was released on January 5, 2000. After nearly two decades, Madhouse decided to make another show based on the source material, and Season 1 of the new Boogiepop and Others was released on January 4, 2019. Now, fans of the show and the source material are waiting to hear news on a second season. Here’s everything we know about the prospects of Season 2 thus far.

Boogiepop and Others Season 2 Release Date: When will it premiere?

That being said, there’s no reason to get alarmed just yet. There’s plenty of time left for a renewal to be announced. Further, the fact that the light novel series has run for over two decades is a testament to the popularity of the series, and there’s more than enough material for a second season. Our best guess is that Boogiepop and Others season 2 release date could fall sometime in 2021. We’re keeping our ears open for news on Season 2 of Boogiepop and Others, and we’ll update this section as soon as we hear more.

Boogiepop and Others English Dub:

For those who like watching anime shows in English, the good news is that Boogiepop and Others has a good English dub which was made keeping the show’s international fanbase in mind. If you want to watch the show in English, you can find dubbed episodes on Funimation and Crunchyroll.

Boogiepop and Others Plot:

Boogiepop and Others is set in the fictional Shinyo Academy and revolves around an enigmatic supernatural entity known as Boogiepop. It is rumoured that Boogiepop is a shinigami – a spirit who lures humans to their death – and that he only targets female students who are at the height of their beauty and kills them before their allure fades away.

While Boogiepop is an urban legend and causes tremendous fear among the girls of the Shinyo Academy, very few are aware of the fact that Boogiepop, in fact, is a benevolent spiritual entity who, after periods of dormancy, manifests himself as the alter-ego of a high school student called Touka Miyashita to fend off the “enemies of the world”.

In this backdrop, when a string of disappearances grip the Shinyo Academy, the female populace of the school tremble in fear and start suspecting that Boogiepop has a hand in it. When they contact the cops and ask for assistance, the students are dismissed as the cops think that the disappearances are nothing more than cases of runaways. However, unbeknownst to them all is the fact that a sinister entity lurks in the shadows of the Shinyo Academy. Meanwhile, the string of disappearances causes Boogiepop to awaken, and he returns to take a stand against the evil that lurks in the Academy.

Boogiepop and Others Characters:

Although Boogiepop and Others has dozens of characters, there are only three main characters in the show. Below, we’ve provided you with brief descriptions of each of these main characters.

Boogiepop: The eponymous main protagonist of the show, Boogiepop is a shinigami who is rumoured to attack and kill young girls who are at the height of their beauty. Although Boogiepop is mostly regarded as an urban legend who strikes fears into the hearts of adolescent girls, there are a few in the world who are actually aware of his existence. In truth, Boogiepop is not a malevolent entity as he is made out to be, but instead acts in the defence of humanity and guards humanity against “enemies of the world”. Although Boogiepop remains dormant most of the time, he awakens when such enemies are abound, and manifests as the alter-ego of a high school girl called Touka Miyashita. As far as Boogiepop’s appearance is concerned, he looks like a young man with a straight-face and wears his signature black cloak and black pipe hat. Being an ancient supernatural entity, Boogiepop also speaks in an archaic fashion, and seems to be fond of humming the overture to Wagner’s Die Meistersinger von Nürnberg.

Touka Miyashita: Another major character in the show, Touka is a high school student who studies at the Shinyo Academy. An outgoing girl who is fond of making friends, Touka is shown to have a large social circle, and she boasts many close friends and several acquaintances. While Touka doesn’t always go out of her way to help people, she is also shown to be a kind and helpful youngster who never refuses help to anyone who asks for it. Incidentally, when Boogiepop awakens, he manifests himself as the alter-ego of Touka, but this fact is not known to many.

Nagi Kirima: The final main character in the show, Nagi is known as the Fire Witch, a moniker which makes people very afraid of her. Owing to her own tendencies to distance herself from people, and owing to her reputation as a dangerous individual, Nagi does not have many friends and spends most of her time alone. However, she is shown to have a messianic complex and is always looking to save the world from whatever threats may arise. As a result, whenever strange occurrences are reported, Nagi is one of the first people to respond, and she dives head-first into such investigations. She is also shown to be tremendously powerful and has a sharp intellect, which makes her well-equipped for the various missions she undertakes to keep the world safe.