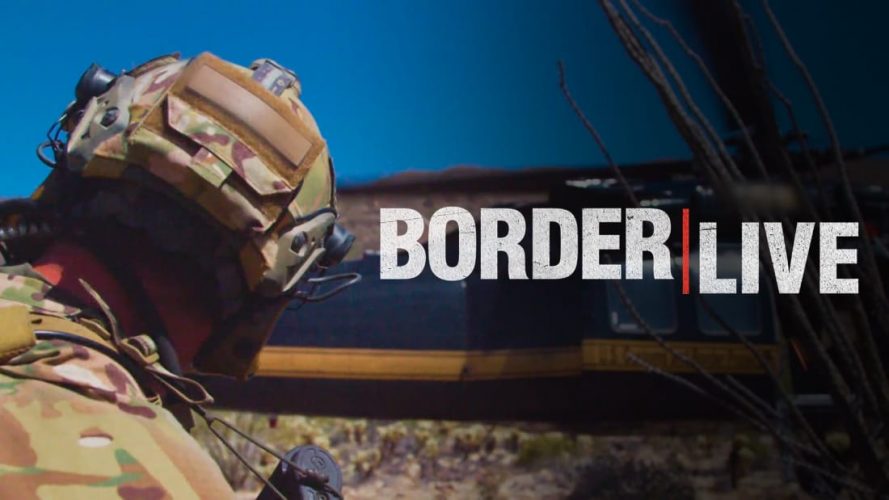 Reality TV, in the modern sense of the term, is often a contradiction in terminology. The almost oxymoronic duo (television and reality) rarely ever commingle, but in the case of reality TV shows, in particular, it creates an alternate reality to substitute for what really takes place. It sells itself as the ‘unscripted’ side of TV, but it is common knowledge that the many shows spun off the same gated community prototype a la Bravo is more artifice than documentation. This is the point where one stops the argument in its track, and asks, wait, what about the TV documentary as a blanket genre, then? Can it also not be dubbed reality TV? In answer, it might even be called into notice that even journalism proper often fails to commit to the ideal of truthful and honest representation – TV is a far cry, it has far fewer liabilities than the already infamous tabloid journalism.

Without much ado, herein we will cut to the chase: Border Live is what would happen when one oversells the same journalistic ethos, and then the whole endeavour falls flat on its face. The premise itself is very dodgy for Discovery’s show: simply put, Border Live attempts to bring a ‘live coverage’ of how illegal immigrants infiltrate into U.S. soil vis-à-vis the Mexico-U.S. border. As if this did not look like the setup for a spectacular turndown with a raging controversy surrounding how political the show’s atmosphere shapes up to become from the very point of conception, Discovery firstly claimed it to be apolitical, and then went on to push it on ad campaigns as one of their most ambitious shows in the 2018 holidays slate.

Border Live Plot: What is it about?

The U.S. southern borders has been one of the most hotly debated topics for almost a decade now – it was etched even more deeply into the present political discourse thanks to the 2016 presidential campaigns, where an immense aspect of the difference between president-elect Trump and the defeated representative of the democrats party, Hillary (as well as Bernie, even though he was relatively sidelined in terms of vote) was their different opinions on the Mexican border issue. The border was more than a concrete demarcation of the two countries – it was synecdoche for the larger U.S. migration policy, in which Trump was a staunch supporter of stricter and harsher regulation, famously making the Hispanic peoples the antagonized scapegoats, and making his signature ‘Wall’ promise as the biggest drive for his presidential campaign. Border Live takes a look at these very 1954 miles of the border, trying to capture the first-hand account of illegal transportation and unauthorized immigration.

Border Live Cast: Who’s in it?

Border Live does accomplish a true documentary fashion when it comes to the no-frills minimal cast. The show features quite a large collection of people – including HSI and Customs Border Protection unit personnel, officers of the law, as well as a number of in-studio experts. The narration, as such, is done from two fronts: Bill Weir hosts the show and begins to unravel the topics and statistics presented, while Lilia Luciano acts as the on-field correspondent who, as the show so doggedly tries to suggest, is all about immersing the viewer into the illegally migrating foreigner’s experience of infiltration.

Season 1 of the show premiered on December 5, 2018. As a limited series, the show had no pressure to pull through for another season anyway, and it had also spread itself really thin with its sensitive subject matter where trying to delve too far into one perspective would be losing balance on the proverbial tightrope (the natural pitfalls of trying to make an apolitical show out of a subject rooted too deeply into the party rifts in contemporary U.S. politics). Although the show did hazard a commendably bold stance even to try and make it possible, it completely backfired for Discovery. After managing only 430,000 viewers and an average 0.1 rating midway through, Discovery pulled the plug on the six-part limited series at the end of the third episode.

As Border Live was doomed to be a very poorly thought out show only scantily clad with the foil of a forcibly imposed structure, there does not seem to be much possibility it will ever be on air again. In any case, whether or not the network does ultimately decide to revamp the show and give it another chance – howsoever impractical it would be – we have not yet received any official announcements or indications that confirm the possibility of renewal. The production for a hypothetical follow-up season is far from a start, and this leaves us with no promotional content for the same either. The quashed possibility for the season means that it will be a long while if the show does ever resurface in the wake of the oncoming election – where immigration will be, as it has always been, a hotly debated and polarizing topic in a politically charged climate. If you do want to check out the show despite its pitfalls and shortcomings in execution, there is an ever so slim chance that it might eventually come for a rerun on Discovery. If you don’t want to dig into the show but want a primer on how it goes about its subject matter (and tries in vain to make the coverage interesting), here’s a sneak peek from a broadcasted episode.