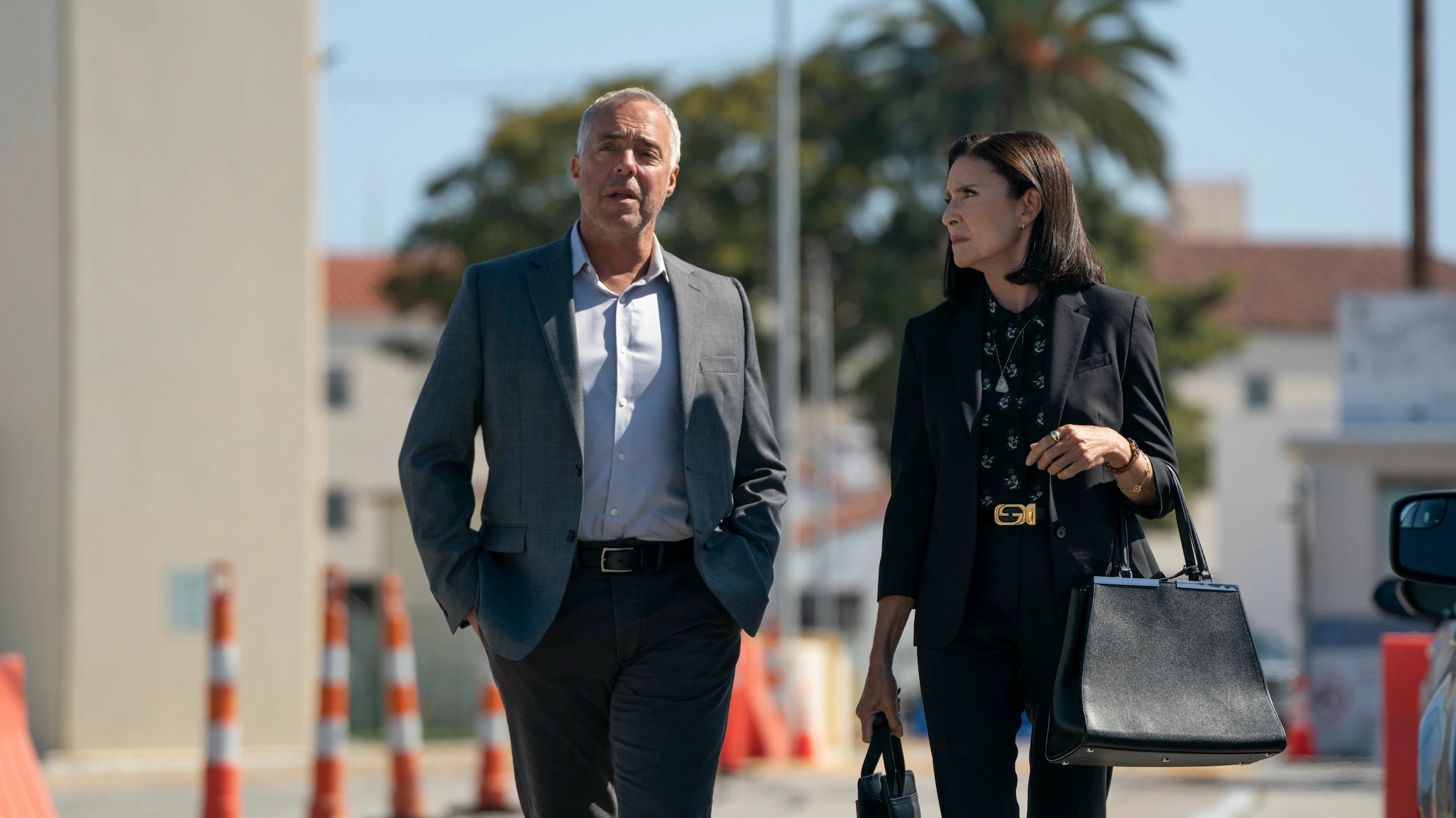 A spin-off of the original series ‘Bosch,’ ‘Bosch: Legacy‘ is a crime drama series that follows the titular character in his new endeavor as a private investigator. Retired from the LAPD, Hieronymus “Harry” Bosch finds himself working with his former nemesis named Honey “Money” Chandler. On the other hand, Maddie, Bosch’s daughter, follows the footsteps of her father as she joins the LAPD as a patrol officer. Developed by Michael Connelly, Tom Bernardo, and Eric Overmyer, the series originally premiered in May 2022 on Amazon Freevee (formerly known as IMDb TV).

The show focuses on the different aspects of the job of a private investigator, which includes investigating, court trials, and car chases. These enthralling elements have attracted quite a lot of viewers in its debut season. Not only that, but fans of the parent series have also jumped on the spin-off as it promises to deliver a similar type of drama. If you enjoyed watching season 1, you must already be looking forward to the potential second round. Well, we have all the information you need regarding the same!

As far as the show’s second installment is concerned, we have good news to share with you! On May 2, 2022, Amazon Freevee officially announced the renewal of ‘Bosch: Legacy’ for season 2 at Amazon Freevee’s NewFronts presentation. The announcement was made a few days before the premiere of the inaugural season.

The success of the original series played a huge role in the early renewal of the spin-off, which was talked about by the Co-Head of Content & Programming at Amazon Freevee, Lauren Anderson. She stated, “It’s about doubling down on a franchise that has worked for a long time.” She added that the “strong and loyal” fans of the original were key in giving them the confidence to go ahead and recommission the series for the second round even before its premiere.

Following the exciting news, the production team is expected to get back to work soon and start recording the upcoming season to be able to release it on schedule. Except for the first, second, and seventh seasons of the original series, the rest of the four rounds released in April. So, if we couple that with the spin-off series’ early renewal, we can expect ‘Bosch: Legacy’ season 2 to release sometime in Q2 2023.

Bosch: Legacy Season 2 Cast: Who can be in it?

Titus Welliver, who portrays Hieronymus ‘Harry’ Bosch, is almost certain to retain his role as the narrative of the series revolves around his character. Moreover, several other main cast members are expected to reprise their roles, including Mimi Rogers (Honey ‘Money’ Chandler), Madison Lintz (Madeline ‘Maddie’ Bosch), and Stephen Chang (Maurice ‘Mo’ Bassi).

Others who are likely to return for the upcoming round include Michael Rose (Carl Rogers), Phil Morris (David Creighton), William Devane (Whitney Vance), Steven Flynn (David Sloan), Denise G. Sanchez (Officer Reyna Vasquez), and Mark Rolston (Lieutenant Don Thorne). In the debut season, there are guest appearances made by a number of cast members of ‘Bosch,’ so we can expect the same to be the case for the sophomore round. Moreover, there may even be new additions to the main cast if new characters are introduced.

Bosch: Legacy Season 2 Plot: What can it be about?

Throughout the first season of ‘Bosch: Legacy,’ we see Harry and Money Chandler working together to catch Carl Rogers, who ordered a hit on the latter a year and a half ago. During their pursuit, they unravel different secrets, including Carl’s connection with Russian organized crime. Elsewhere, Maddie struggles to fit in at her new job at the LAPD as she deals with the emotional toll that comes with it.

In the season 1 finale, Bosch finally gets to the bottom of the Vance case, which involves a dangerous endgame, while Chandler makes an unexpected ally. But the biggest cliffhanger at the end of the finale is the disappearance of Maddie. Did the rapist kidnap her? Or is she missing for some other reason? Whatever be the reason for her disappearance, one thing is clear. Bosche has his job cut out: to find his daughter. And that’s what season 2 is going to be about. The second season is also expected to see Bosch and Chandler working together again, as they set aside their differences to bring justice to the ones that deserve it. So, fans have a lot to look forward to in the upcoming round.